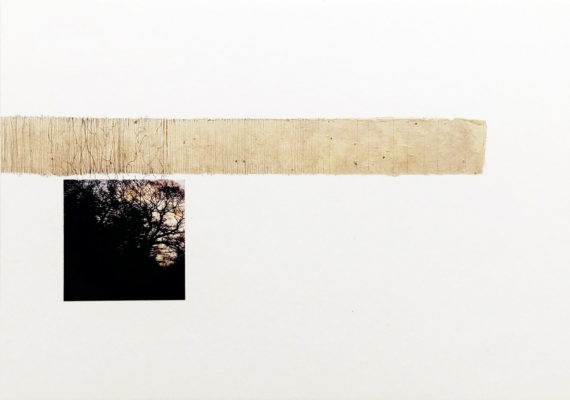 The quality of photographs for this project is mostly pretty poor and Mixing It With Maurice In The Morning, 23/50 Collages Before Christmas, is one of the worst. I haven’t got the time – or at present with collages in progress on every surface, space – to set up lights and tripod to make a better fist of image reproduction. But you get the idea!

Don’t ask where the title came from except that I took the photo early one morning from the train to London. I don’t know if there was a man called Maurice nearby.

I had been mapping out the idea in my sketchbook and originally the idea was a long photograph or series of sections of photos and a drawn or painted black square but stuff happens, eh?