Professor Rachid El Alaoui was in Rabat to greet me, taking me to a main square called Pietri Place, Place Moulay El Hassan where lots of mainly young Moroccans and families gather for coffee and socialising after breaking the fast (Eid al-Fitr). There was a lovely vibrant energy of social engagement whist we discussed my project plans and organisation of future meetings. 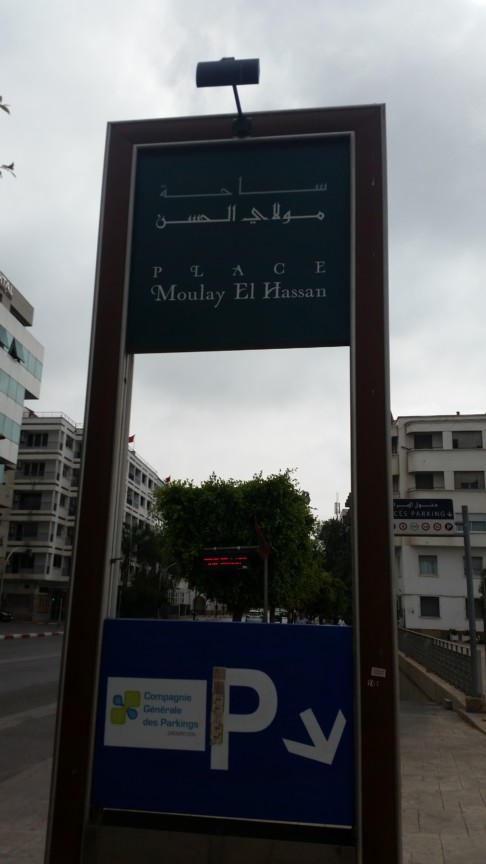 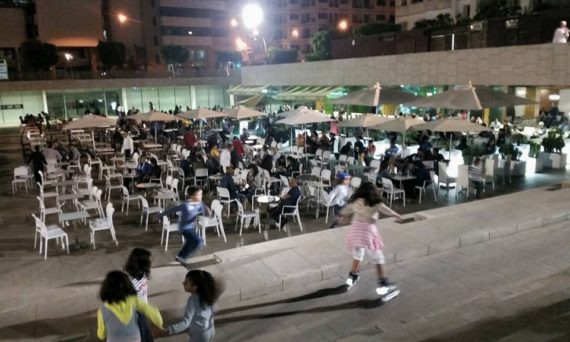 My project originated from a proposal sent to the Marrakech Biennale held in February and March 2016 with the theme of ‘Not New Now’ and the presentation of ‘Parallel projects’ an open call to engage in a wider community of artists and cultural practitioners. A selection committee of esteemed art practitioners was formulated to oversee the process of selecting the projects that run alongside the main exhibition of the Biennale. This selection of projects will be based on the merit of the artistic product and its general abiding to the theme set for the Biennale.

The purpose of the Parallel Projects is to open the opportunity to a wider spectrum providing a level of international visibility to the local scene. The inclusion of a rich array locally will also guarantee the diversification of audiences as well. The curator of the Biennale, who was part of the selecting committee and helped assign various spaces for the Parallel Projects ensured visibility and coherence in ideas and presentation. The artistic committee composed of Jamal Abdenasser MB6, M’barek Bouhchichi Hicham Lahlou, Sandrine Dole, Estelle Guillé, Tamer Khalid Amine Kabbaj and Reem Fadda met in Marrakech 18-19 September.

More than 300 applications had been submitted from over 50 different countries and the committee selected 30 projects. Among the selection there was a predominance of visual arts projects with 24 proposals, including 9 videos, 9 installations and 4 photography projects. Another 6 performing arts enterprises and 10 projects for the Art in public space was selected.

After my initial proposal was declined I was approached by International artist Said Rais, who invited me to apply for a project of video art exchange in Marrakech in collaboration with Rm.74 under the umbrella of the MB6. Said Rais is a multidisciplinary artist who’s creative involves video, sound installation, performance, photography and drawing. He graduated from the National Institute of Fine Arts in Tetouane. This is the main university for the arts in Morocco. I have heard of, and hope to visit, a university of film making in Rabat called ISMAC : Institut Superieur des Métiers de L’audovisuel et du Cinéma.

With the afternoon free until my train I sourced MAISON de la Photographie de Marrakech which costs 40dhs entry and is located at 46, Rue Ahal Fes, Marrakch. 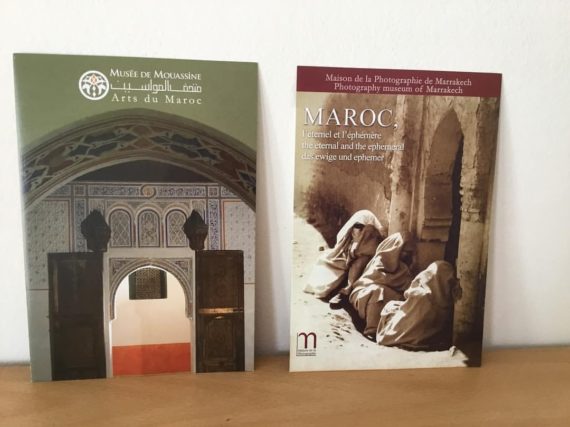 The current exhibition is entitled ‘Morocco, the eternal and the ephemeral’ and maintains a chronological presentation showing original prints from the 19th-20th century. 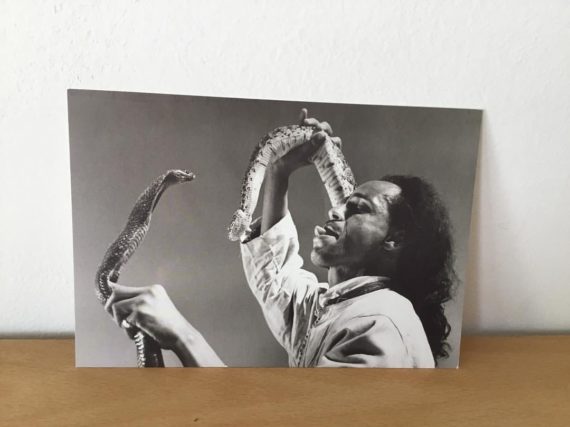 This exceptional legacy of memory, manifests a deep relationship with a beloved country.

There are original  photographs of rare portraits and urban scenes of Tangier by James Valentine and 20th century photographs by Felix and Flandrin. Presented for the first time in Morocco are the photographers Alliance Photo, works of Denise Bellon, Pierre Boucher, René Zuber, made in 1935-1936. Nicolas Muller is always presented with the works of Tanger 1940. Finally there is a projection of a documentary film’ the Berbers of the High Atlas’ 1957 by Daniel Chicault and ‘Gnawa’ by Jacques Willemont. 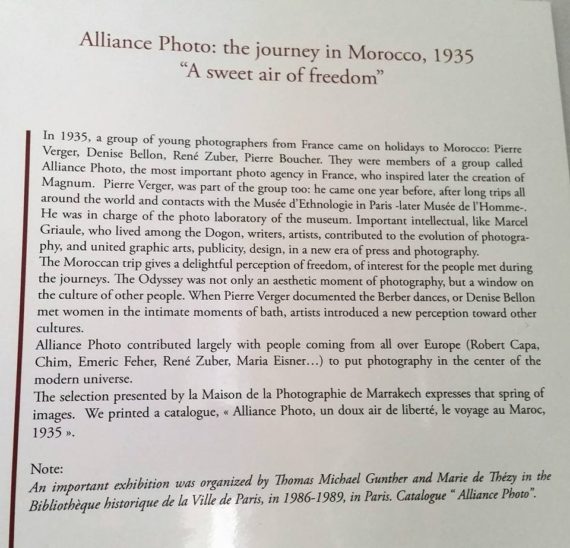 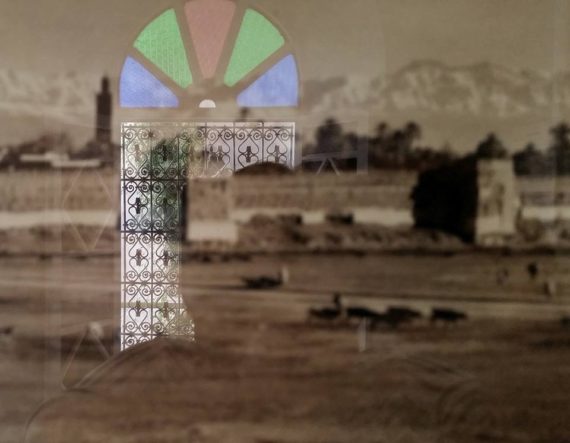 After a delightful visit and some refreshment from the rooftop cafe they have there I boarded the 6.45 train from Marrakech taking 4.5 hours at a price of 195,00 Dh from platform 1. 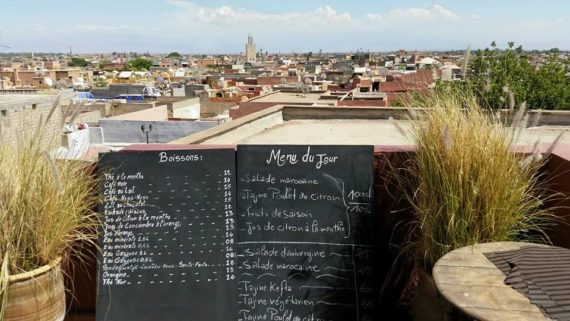 A relaxed journey ensued due to Ramadan and despite not fasting I was given dates and water by the train staff whist enjoying the passing scenery on-route to Rabat. However note the train can get very full, especially the first class carriages at other times of the year.

On landing Karim who I was sat next to on the flight hired a car and offered to drop me at the train station allowing me from negotiating with the airport taxis (who in my experience charge over the odds!). The fair should be no more than 80 dirham (6 pounds) but often quoted 100-150Dh. On route he invited me to his family home for food even though it was Ramadan. I was welcomed with a croissant and coffee and then a drop off at the station where I picked up my train ticket – 195,00 Dh in advance for the 16.45pm, 4.5 hours journey to Rabat. 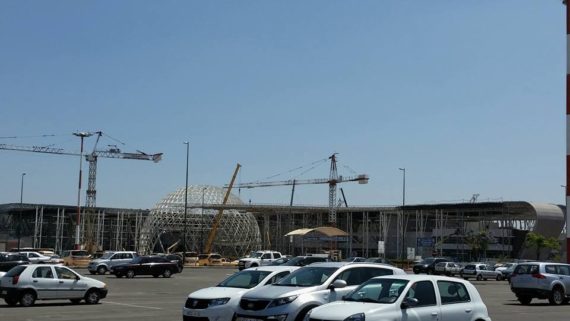 I had planned to visit KECH collective art gallery based in Marrakech but unfortunately the venue closed just days before my arrival. http://www.kech-collective.com. 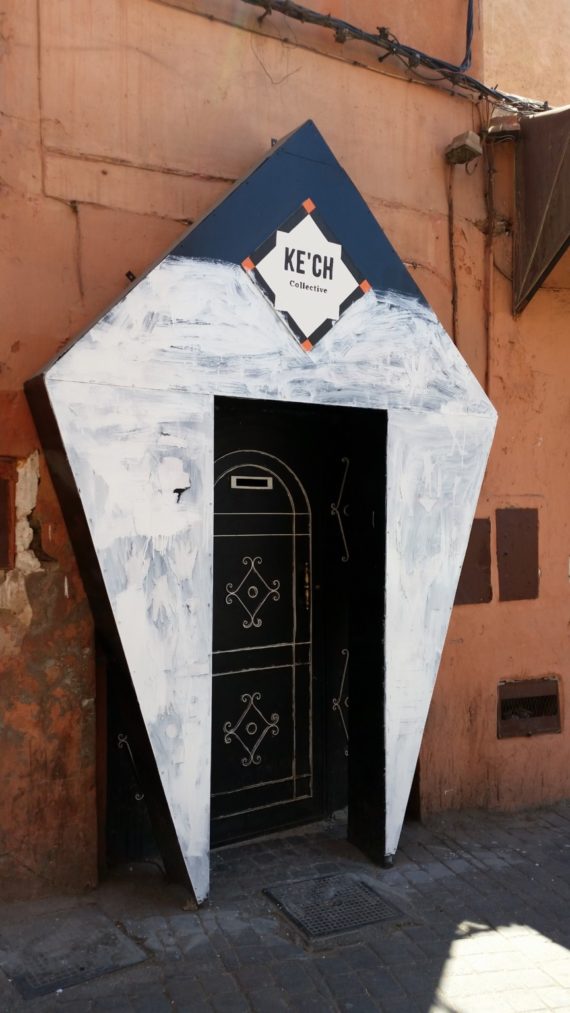 You can support them by donation at www.generosity.com.

I was keen to meet with Aniko because she’s established in cross exchange programs (swap 2016) whereby artists from Morocco and Switzerland exhibit their collective artist analysis on European and North African identity within a “Laboratoire de la Mondialit’. Through cross-cultural collaboration, its mission is to empower creatives and encourages cross-cultural exchange and interaction. Through swap laboratories, the collective provides a platform for contemporary art, design and culture by Edouard Glissant’s Mondailite, defined as the worldwide change and exchange that recognises and preserves diversity. I had not heard of Edouard Glissant’s who was a Martinican writer, poet, philosopher, and literary critic born 1928.

KECH hopes to continue in Switzerland with Swap2017 to gain a well-rounded dialogue among the artists, their works, cultures and communities. I aim to replicate something similar between Neo:artists (the arts studios based in Bolton) and Rabat and subsequently a launch pad proposal to Castlefield Gallery, Manchester. Another idea is to include the blind, both here in Rabat and in Greater Manchester. To move forward with these ideas I would require a travel bursary so I will visit the British council whist based in Rabat for more information.