It’s been over two years since I collaborated with archaeologist Keir Strickland to undertake a research trip to the abandoned island of Swona, in August 2014. Swona is just over a mile long and half a mile wide and lies in the tidal stream of the Pentland Firth off the north coast of Scotland. The island was inhabited until 1974, when the last two people left. Only a herd of feral cattle remain. The abandoned dwellings are now left open to the elements.

I met Keir in 2013 when I was Artist in Residence at a longhouse excavation organised by Timespan Museum in the Highlands. During that project Keir muted the idea of visiting Swona together, exploring how art and archaeology could unfold the island’s history. In 2014 we were awarded a New Collaborations Bursary from a-n to fund an initial research trip. I travelled up to Orkney for a week, but due to high winds we could only make the crossing to Swona on our chartered boat on two of the days towards the end of my stay. This gave plenty of time for research at the Ornkey Archive, where I listened an audio interview with a woman who lived on the island for many years as the school teacher. The time waiting on the mainland added to the anticipation and made the site even more elusive and unknown. I had time to consider how I might document the island and which kit to transport across. In previous work I had almost exclusively worked with medium format film photography. However, the slow speed and bulkiness of the kit led me to take over only one camera, a high end digital SLR, with a view to making documentary stills and a moving image piece.

Making work after a hiatus

The previous post ‘Landing on the moon’ describes my experiences of our time on the island. I filmed a lot of footage on the island and returned to London and back into a busy university teaching post. I’m afraid I lost the momentum on this project, and the video files remained squirrelled away on a hard drive. Last year I had an extended period of maternity leave. It is only this year I’ve had the space to look at the footage again. I had two deadlines in which to get the film ready by (I find I work best with some kind of public output timescale). The first was a research symposium, ‘Moving Stills’ organised by the University of West England Photography Research Group. I presented a paper: ‘From stilled time to time-based: reflections on photographers’ use of moving image as an extension of their craft’ and screened a clip of my Swona film. I got some positive feedback at the event. I went on to screen the whole film at CHAT 2016 (an annual conference in Contemporary and Historical Archaeological Theory) at Orkney Theatre in Kirkwall. My film was installed in the foyer for the entire three-day conference alongside other visual art responses to the conference theme. 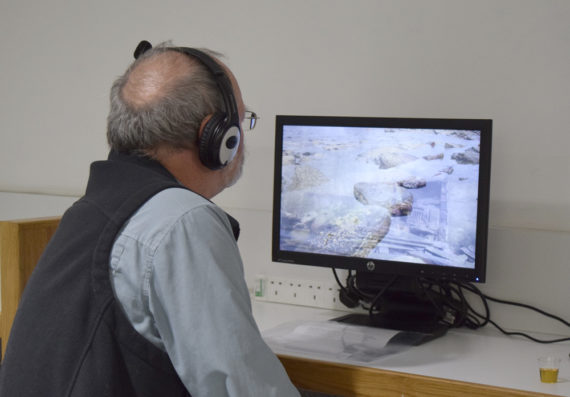 On Swona I used video to document the abandoned houses and their position against the surrounding sea. The resulting work is entitled ‘Flood’ and explores specifics of the story of Swona from a poetic viewpoint: the hurried abandonment, the intimate size of the island, the proximity to the restless sea, and of nature taking over the domestic spaces. The title Flood refers to my visualisation of the house being slowly submerged by the sea. Flood can also mean the the rise or flowing in of the tide. The act of flooding fills and cleanses the voids of the lonely homes, bringing new life. I use multiple exposure techniques very similar to my previous series ‘Realm’. I wanted to see how the double exposure process would work with moving image. I filmed several interiors and seascapes from the island and over the past few months I’ve been slowly piecing the footage together. At times I’ve printed film stills to work with the sequencing. 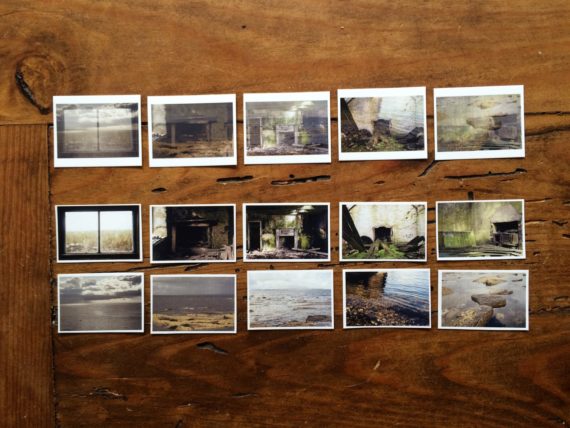 I had some video editing training during a residency at Camberwell College of Arts a few years ago. I worked to bring the double exposures into view slowly using a technique called keyframing. The soundscape was recorded separately and I’ve treated the sound files as documents to be woven in and out the flow of the film, much like the double exposures. The film is just under 9 minutes in duration and would ideally be shown as a projected installation. I am researching further opportunities to show this work and will update this blog with any news. Here is link to the final piece: vimeo.com/carolynlefley/flood 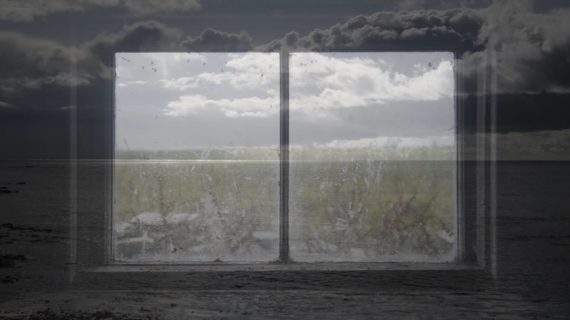