At last a day at the magnificent Pergamon Museum with its priceless treasures brought back wholesale. Enormous structures in their entirety have been transported and reassembled here. The vastness gives an unmistakeable high. Here is the Pergamon Altar, the Ischtar Gates from Babylon, rooms that literally take one's breath away, as well as the elegant simplicity of single eternal objects imbued with the mystery of their great age.

From this weighty classical antiquity to blatant commercialism with a bump, only stopping for a Berlin sausage on the way, at Deponie. The Daimler Chrysler Contemporary Museum was our goal but difficult to find it certainly was. At Potsdamer Platz there are signs to the Daimler Chrysler Quartier, a gigantic Mall, arcade of shops and offices extending to the sky, but in this bustle no one had heard of its eponymous Contemporary Art Museum. After much searching and enquiring we were directed outside to a doorway. The High-Rise Mall and office skyscraper had been built around the original building, leaving a doorway, on the frontage. A takeaway eating place has put obscuring advertising in front of it. Ringing a bell the door opens and a lift takes one up to the fourth floor to the Contemporary Museum. Talk about discreet, this seemed like obfuscation to the point of sadism. Well next time you'll know, and aren't you supposed to suffer for art? But of course really, it is the materialist imperative, they want the kudos and tax breaks of Contemporary Art but know the value of expensive retail square footage at the forefront. What's new? On display was Contemporary Indian art from a Paper Manufacturer Corporate Collection in New Delhi. Photographs of a eunuch's position in society were fascinating; ethnographically, interesting with the ramifications of being invited as good luck to be present at weddings and celebrations but not truly part of society. A massive figurative polychromatic sculpture of a woman's head almost as a Deity stood out amongst versions of the sort of work being done elsewhere tweaked to reflect India. 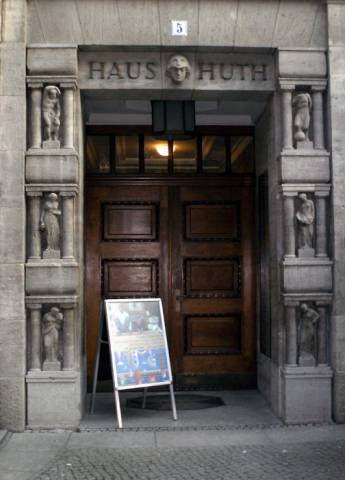 Rilke came to Berlin on 1 August 1898 and wrote in his diary: " The first thing I discovered was: Bismarck has died … The mood is Bismarck is dead-long live-Berlin."

He writes sensitively about art, that the artist should trust in solitude, and that art at its highest cannot be national. Every artist being born with a homeland nowhere but within his own self, therefore those of his works that proclaim the language of this self are his most deeply genuine.

He does as well, write the sort of sentimental tosh about women who are artists being no longer compelled to create once they have become mothers, and artists (implying ‘true artists'), are male that was written in those days and probably still is in backward pockets. That the Artist must find Himself whilst Woman finds fulfilment in the Child. Sound familiar?

However to overlook that, hear Rilke on Rodin: "One thing especially seems to me to be of utmost importance to Rodin: that his works do not look out, do not from some point turn toward one personally as if to make conversation, but remain always an artwork …And this is one of the most superb qualities of Rodin's sculptures-that they always remain within this untransgressable magic circle toward which one may approach, and from whose border one gazes toward the work of art as toward something near that becomes feelable from far away." 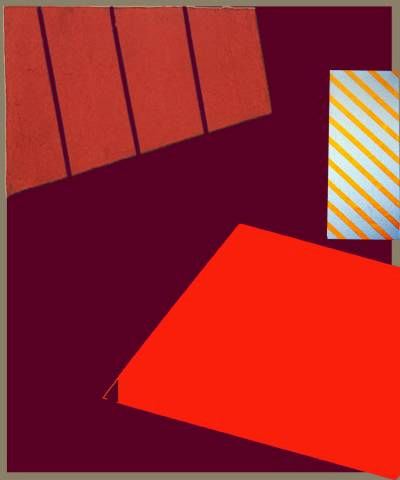 Not a moment too soon, brilliant sunshine and the arrival of the architect for a weekend visit dispelled a three-day jaded trough. About to succumb to, not SAD, seasonal Autumnal Disorder, but maybe LAL, Lack of Air and Light. I think I'd just come to the end of whatever stocks I had of melatonin, seratonin, Vitamin D or whatever other chemicals the body gets from exposure to daylight. It is no good just working round the clock and never getting outside. A bit of letting up, company and fresh air fills the days as if they were troughs of jade from which we drank with pleasure. Quite a different matter, just by repositioning the words, did you notice? The weight of the winter's long darkness cocoons one into introspection. Germans don't seem to like bright lights. They sit in darkened rooms or cafes, with candlelight. If I switch on an overhead light in the journalists office so that I can see the keyboard to send an email, there are shrieks of dismay. "No, not sympathetic atmosphere. Uncosy!" I have a feeling that I need force to pull the paintings out of the rough, poetic darkness. 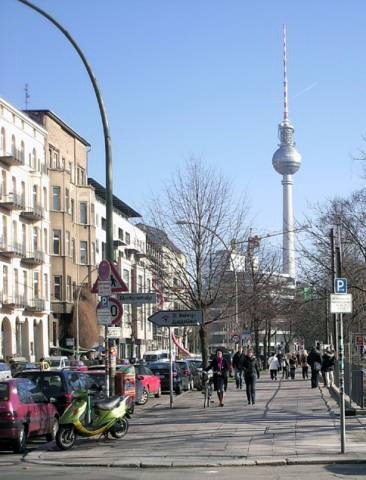 Reading Rilke's Diaries resonates for me, as a temporary resident in Berlin: "most people … blindly race past a thousand unobtrusive beauties on their way to those official sights that usually only disappoint them anyway."

But here even more:" Know then that art is the means by which singular, solitary individuals fulfil themselves. What Napoleon was outwardly, every artist is inwardly. One climbs higher with each victory, as if with each new tread of a stair. But did Napoleon ever win a battle to please the public?"

How about that, and:

"One is inevitably unjust to a work of art the moment one attempts to evaluate it in association with others. In the end that leads to questions like: Raphael or Michelangelo, Goethe or Schiller, Suderman or -, and the good Germans have always loved such parlour games."

Or then the very intriguing:

"Occasionally viewed gallery pictures confuse. Our eyes take in along with them – even when they hang isolated in one room – the impression of this strange space, an arbitrary gesture of the gallery attendant, perhaps even the recollection of a scent, which will all now unfairly insinuate themselves in our memory. This conglomerate, which under certain circumstances might be able to enhance the mood, is in its randomness and cruel lack of style perverse. It is like the visit one pays a great and important man in a hotel. I remember several such visits; with one there is irremediably etched in my mind, alongside the appearance of the personality in question, a bedside chest whose door opened constantly with a little crowing sound, and also some errant slipper; and another I can only think of in the company of a badly ravaged breakfast tray over which a shirt collar had been stretched lengthwise like a bridge."

Yes, it is true, the time of day, our emotional states, all influence how we see art, and so as Rilke says, pictures only occasionally viewed in a gallery may not be seen justly, or clearly as themselves. But what can be done? Only a few favoured people like the Queen can own a Vermeer and observe it every day, (if she does). One person, one work of art truly seen, or thousands glimpsing hundreds of works of art for a few seconds, that is the difference a hundred and ten years brings, but well worth being aware of in the hasty judgements. 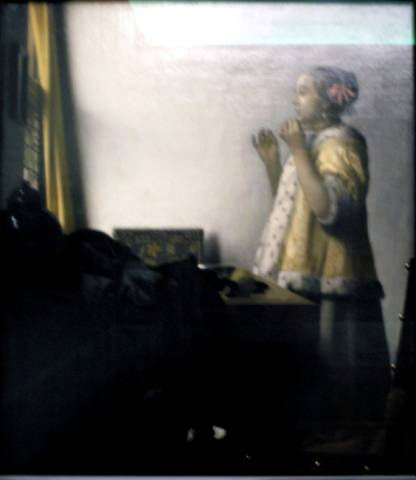 Finally the colour is right. What had started out to be a sunshine yellow painting, which proved to be impossible to achieve the exact colour I wanted, it looked constantly too harsh, too artificial in this murkiness, has become after days of hard won changes a sort of burnt orange. But it is exactly right now and I am elated. Now move on and get another colour to perfection.

Reading Rilke's Diaries when he first visits Florence, he writes, "I felt at first so confused that I could scarcely separate my impressions, and thought I was drowning in the breaking wave of some foreign splendour." As in 1898 so in 2007, arrival in a new town brings the same stages of adjustment. Two months ago I observed with such intensity the smallest details of surroundings and customs, as if my life depended on it; the survival instinct. Now two months have passed and I am easy in my wanderings around Mitte and Prenzlauer Berg. Although it is true there is much to Berlin that I haven't seen, there is so very much to see here that I am more than fully occupied.

If one were arriving now for a one-month stay, one would luxuriate in the scope and length of time ahead. A glorious full month to spend here in exploration, one might so exclaim. Whereas I on the other hand say what! Only one month more but that is such a miserly space of time to complete so much. Just as Woody Allen at the end of ‘Zelig' says, "I can't die yet I haven't finished ‘Moby Dick'." I say I can't leave Berlin in a month, my paintings are only just beginning to come into shape; there are dozens of museums and galleries still to visit in Berlin, and surely Dresden and the Gemäldegalerie Alte Meister is a must, let alone this that and the endless else of possible delights. So Time the great elusive expands and contracts. It is all a question of perception, or if you like, attitude. One more month in Berlin, what will that be like? 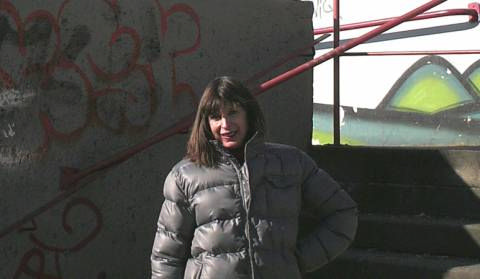