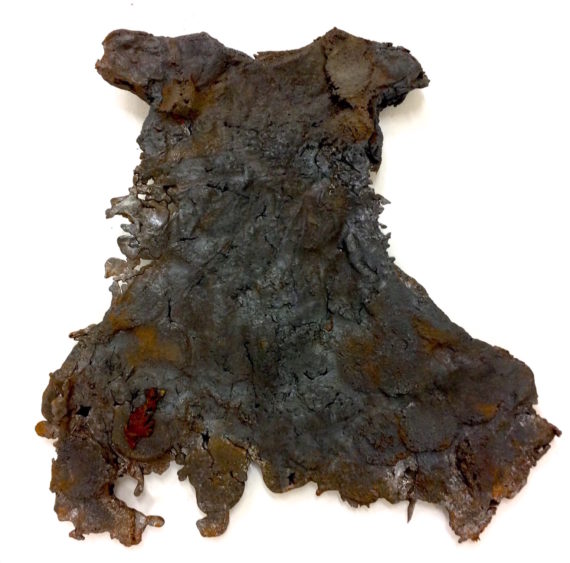 I was lucky enough to witness the production ‘We’re still here’ at the National Theatre Wales. The performance was truly breathtaking and awe-inspiring; shadows of history shouting defiantly from their unemployed graves. The production in its entirety was emotive and I found myself in real tears when contemplating their frustrating and unfair reality.

I felt the pride, the grind, the stab in the back. I left with a real sense of understanding and empathy. 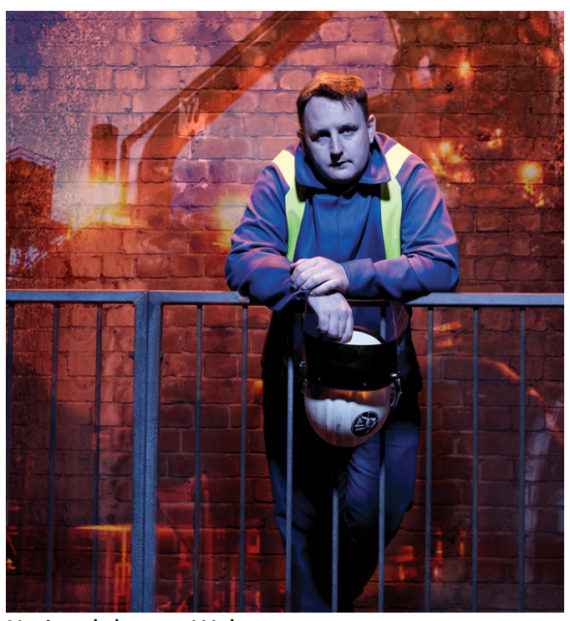 At one point during the production, a steel worker called out to a noise over what looked like waste land. We the viewer could see it was children playing in the distance – whistling, taunting him. A young girl stood right front of the man. Only inches from his face and whistled again. He looked through her, unable to see her. I understood the narrative. It was a whistle from the future. A future that the steel worker couldn’t see. A literal image that the future resembled this invisible child. However, I saw more than a child. I saw a girl. I found it ironic that the whole production only told one half of the story but used a young girl to whistle. I felt that it was a girl that was invisible as well as the future prospect of the steel industries children.

I told a friend of my frustration in the absence of women in this brilliantly told perspective. She stated confidently that ‘of course it’s about men. It’s the steel industry.’ So I thought to myself, could the steel industry exist without the woman? Did it not effect women? Was the woman’s story the same and so not needed?

The play did present some nods to the marginalized women of this past. It was in the form of a song: IDLES – Mother, which in its lyrics acknowledges the torrent of work done by mum. There was also reference to the wife indoors. It was also in the real names that were read out like in a memorial where women were amongst the fallen. It was interesting to later find out ‘Far from being male only, some 40% of the workforce at Tata’s Port Talbot site are women’ (Wales online).

I wish that in this brilliant tale of the past, it didn’t once again marginalize the woman and told the full story.

This feeling and frustration at how women are represented in history was enforced when I took a visit to the The Big Pit. I am not from a mining background, and I can feel this reality even more when I am around friends that are. It can feel a little rich trying to talk from shoes I have never walked in. However, I took a trip to the Big Pit. The gravity of the sight instantly affected me. The history seemed to bleed from the earth that I stood on. I was asked upon arrival if I wanted to go underground. I took this lightly and didn’t understand the realty of what I had agreed to.

I waited with a class of primary children to take the tour underground. Slowly it became apparent what I was queuing up for. A man took us all into another room to be kitted up. Then I saw the cage. I honestly argued with myself that I didn’t need to go down, I didn’t need the experience of a lift into earth. I had pictures, I had imagination. 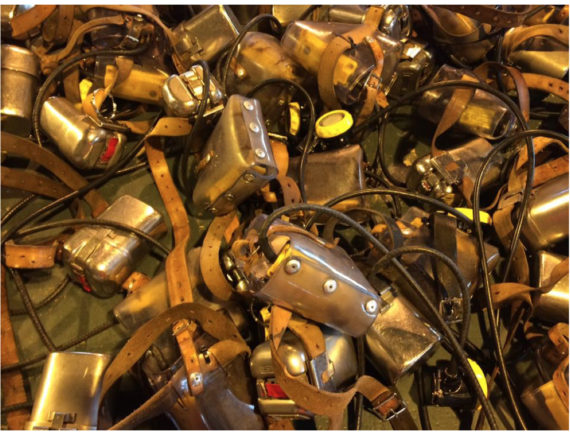 I had very mixed feelings about this excursion. It was clearly a male dominant space I was walking into. The room where we, the children and 2 female teachers, congregated was full of men, men who were ex-miners. There seemed to be an inside joke that we were not privy to. I felt instantly vulnerable and was soon to be the butt of a joke. I was asked to lift both arms in ready-ness for my belt which contained oxygen and other equipment. I was subsequently asked to drop both arms and realized with the sounds of chuckles echoing around the room that the arm raise was merely for fun. I feel that this play was meant in good nature, but in sight of the cage I was not in a joking mood.

I was also told that phones, watches etc where not permitted down the mine. I asked where to put them and was told in my bag. I asked where to put my bag and was asked to keep hold of it. This routine was repeated with each man I passed until I was at the cage mouth.  I was asked again if I had a watch, phone etc. I answered yes I did. I was told again that I couldn’t take them down. So I asked where to put my bag that had all of these things inside. I was answered with ‘I thought you lot could mulit-task.’  The teachers either side of me smiled. I looked at the mix class of boys and girls and wondered to myself how empowering would this visit be for the girls.

It was time to get in the cage. It was claustrophobic and I found it incredibly frightening. The cage was closed and we went down for what felt like forever. It got darker and darker until our lights became the only light.

Once in the pit the cage opened and we spilled out. We were met with black walls braced open with wood. We were introduced to the widow maker, where the pit ponies lived and coal carts. When our tour guide was asked by a 9-year-old girl ‘who pushed the carts?’ The answer was ‘women’. Brilliant! I thought. ‘But they were stopped in 1842, too much talking’, he jokes, but continues, ‘they were stopped by the same man that stopped boys going up chimneys.’  And that was the last mention of women, with the exception of washing men’s clothes in the 2004 years of The Big Pit’s history, let alone the decades and decades of Welsh mining history that can date back to the Roman times.

I know that whole families worked alongside each other, all with their jobs, their part to play in the industrial thrust for coal. Women worked bare-breasted, pulled and pushed the coal carts with young lads. Small children, boys and girls, some as young as 4 controlled the ventilation doors.  They earned enough food to starve and didn’t last much past the age of 25.  When women were thrown out of the mines and prevented from earning whatever living they could, they worked illegally, some even pretending to be men in order to get in the mines. And when they couldn’t get in any longer, they worked on the surface sorting, moving, lifting coal bags over their backs for hours a day in the bitter cold exposed to the harsh winter elements. If they were not at the surface, they worked in domestic labor sleeping an hour after the world had gone to bed and rising an hour before the world woke. The work was endless and with childbirth, babies, marriage and death alongside. All aspects of work done by women that was highlighted by Elizabeth Andrews. The chance to tell the story of Elizabeth Andrews regarding mining history was missed, even when at the pit head showers, the opportunity was sadly and ruthlessly over looked. 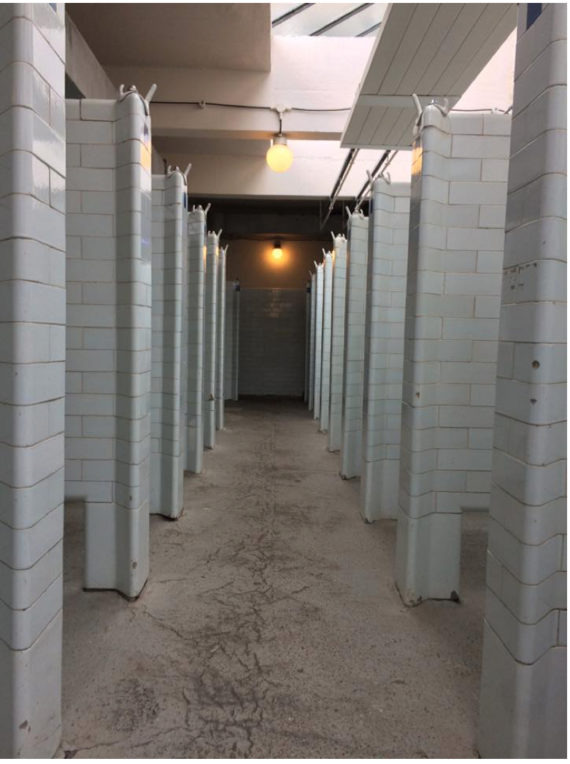 We were shown the horrors of the ‘widow maker’, its title and its row of sharp stone-cutting teeth stole our imagination and filled our minds with the nightmare that was. I wonder if but one of those stories of women could have spilled out our guides lips. If he even knew them. And I feel that if he did know those stories I feel that he would have told them.