A few weeks ago, I made a collage of ripped up paper that had glow-in-the-dark paint all over it. I did this to try and create a statement about “piecing my life together” and struggling doing it. However, when I went to the printers, to copy once it dried. I encountered some issues with the printer, saying that I was printing elsewhere.

I left to head to maintenance, almost instantly. After copying a few copy for testing before I drew or wrote on the original. What I didn’t realise however, is that I left the original image still in the printer. When I had to return to find it. It had gone, and is nowhere to be seen.

I’m quite disappointed, that I lost the piece. All the copies, as you may guess, are not glow-in-the-dark, or UV reflective. At least I made some copies.

Note to future self : Try not to leave stuff.

So, after about two weeks. The tester for the second 3-D models were finally dry. But I found that this batch, also crumbled. In the end ALL fingers fell off.

Could make it into a soap dish though…. 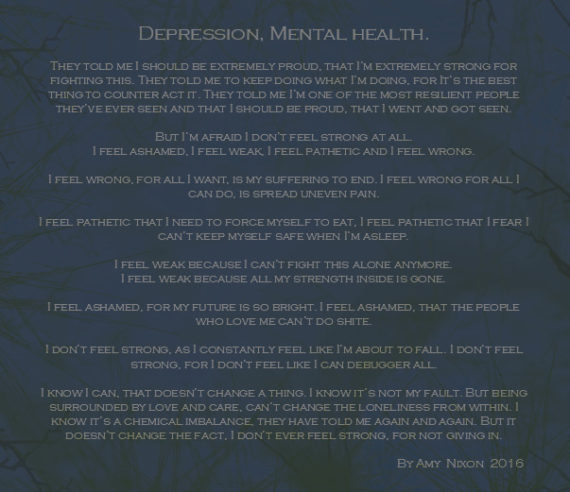