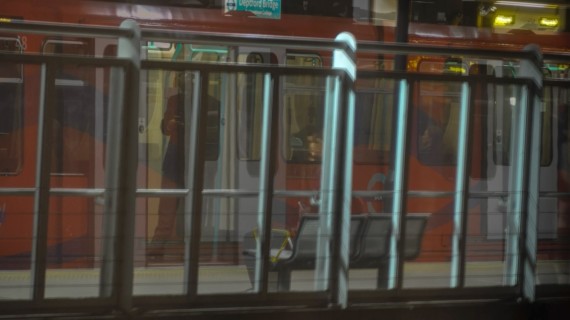 I’ve just realised I wrote about Platform – Summer before adding the entry for Platform – Spring. So here it is.

Lots of things have happened since my last post that prevented me from working hands on on the Spring video, however, subconsciously I’ve been thinking a lot about it as now and then I have a new insight about the whole project.

I’ve shot the Spring version and already have ideas for the Summer and Autumn ones – both inspired on old silent films so no sounds on these ones… and to be honest no sound for the Spring one either. After collecting some sounds and being very interested in them I decided to do all of the 4 Platform films silent. I still have a lot to learn about making these films happen and adding the sound editing would be too much, I think.

I’ve been watching some great B&W films and got really thinking about how mainstream cinema was more daring. I’ve watched October by Sergei Eisenstein & Grigori Aleksandrov, Micheal by Carl Theodor Dreyer,  Brief Encounters by David Lean and Story of a Love Affair by Michelangelo Antonioni. They showed me how to work with more sharp editing, really close closeups and double exposures so I decided to try some of these techniques because as a photographer, I used to love trying new techniques when photographing with film or printing.

So I decided that for the Spring film, I wanted to do double-exposures, but I’m shooting with a DSLR through my window so I kept analysing how I could make this happen. Coincidentally, I started taking the DLR twice a week at peek times and realised that the passengers use their mobiles phones more for texting on the DLR than on the tube – it makes sense as is not currently possible to use mobile phones on a significant proportion of the Underground system. That got me thinking of a way to capture images of these people and then layer the images over the time-lapse ones.

I didn’t want the passengers to notice I was doing this, though as I knew these people wouldn’t be recognisable on the pictures anyway. I then did some research on how to create macros for my Android phone and came up with one that gives me access to my mobile phone camera without actually triggering the LCD screen. So I can take pictures without looking and without being noticed either.

After some tests I started clicking away and got some really cool images like this one below: 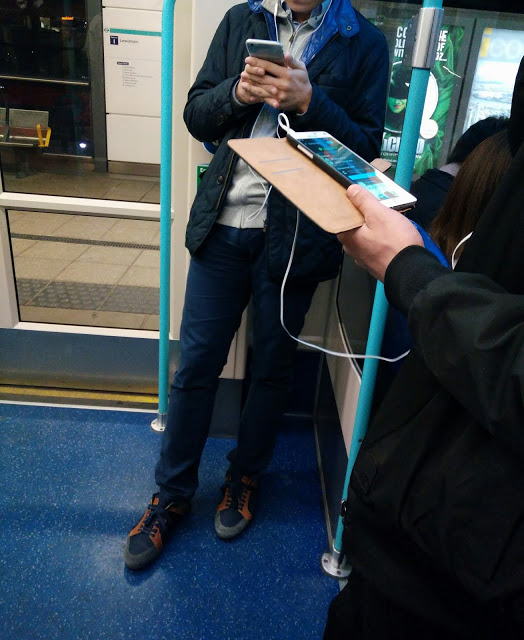 I’m now working on the double exposures. I’ve got a good number of inside the DLR images to layer over the time-lapse ones… it’s quite time consuming to find the right match but I’m enjoying it.

A quick snippet of the first frame: 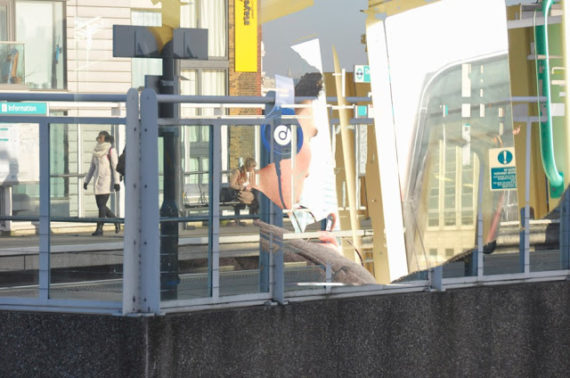 In the mean time, I’m working on the Platform – Summer. It’s going to be shot using a digital pinhole camera, which I’m adapting on my Nikon D90, and it’ll be shot on the 20th June – summer Solstice, of course!

Dani Tagen is a multidisciplinary artist based in London since 2006. The media she works include video, photography, performance and site-specific installations. Her practice reflects on the complexities of everyday life systems with emphasis on techne and time & space. Her cultural heritage photography practice feeds a profound sense of the deep time in archaeological terms. Opposed to the mad consumerism and the excesses of 21st century living, she focuses on producing artworks that have a low maintenance “shelf-life". She is currently working on a video-installation commissioned by Bow Arts & Arts Council England. Tagen has exhibited in her native Sao Paulo as well as, London, Berlin and Vienna. Her work is held in private collections in Houston, Sao Paulo, London and Tokyo. In 2021, she graduated from an MA in Fine Arts at Chelsea College of Arts - UAL, London.