I was quite young when I realised that I didn’t believe in God. I had always gone to an Anglican Methodist church school, yet they failed to install any sense of belief in me. I remember the church being so bland and plain. Everything was cream with just a few embroidered banners on the high walls of a modern building. Perhaps it was the lack of ornamentation that meant I didn’t feel divine inspiration, but either way, when I was asked at about the age of 11 I said that I didn’t believe in God or Jesus. I guess I just didn’t feel that the Bible stories we heard held any more truth than other moral stories we were told as children.

These days I’m fascinated by history and religion. I try to imagine a dull medieval world in which the common person lived, and then the glorious Technicolor wonder that they must have experienced when seeing an east facing stained glass window in church in the Sunday morning sunshine. It must have inspired a sense of awe.

I didn’t choose to not believe in God, I just absolutely don’t. However, I believe that everyone is entitled to their own thoughts and opinions when it comes to religion, and I don’t feel that being an atheist should mean that I have to be disrespectful to other peoples beliefs. Quite the opposite in fact! Surely, I should be able to look at, learn about, and respect other people’s beliefs, just as I would expect people to respect my own thoughts on the subject. When I make work it’s like thinking out loud for me. I feel inspired by religious art work, particularly medieval religious art work. I borrow and I explore what I come across. I think that, as an atheist, it makes sense to borrow imagery from various religions, just as religions have always found inspiration in the art work of other religions.

As far as I see it, following any religion can have its pros and cons. However, I think that the sense of comfort that religion can supply when faced with bereavement, (or any dire circumstances in fact) is undeniable. It is this aspect of religion in particular that I feel leaves me out in the cold with my atheist beliefs. 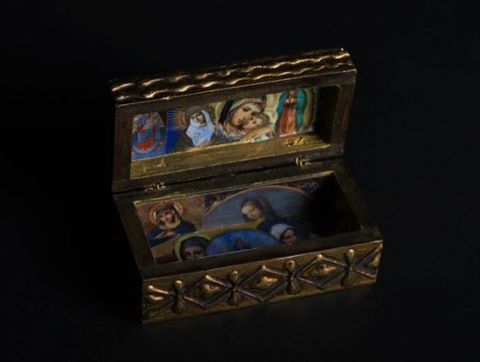 I’ve been unhappy for a while with the content that I put into my blog. The problem is, because I tend to work on several ideas at once, I end up just writing about what I’m up to, rather than being able to concentrate on any particular project or theme. The thing that connects all of my projects though, is my interest in death and religion.
Although these interests drive me to produce work, they are not something that I particularly talk about. Generally I prefer viewers to find their own meaning in my work, without laying out my thought process. However, following my exhibition, I do find that people are interested in my thoughts and views, and my blog seems like the ideal place to talk about such things.

Generally I think about death all of the time. This might sound morbid, but I don’t feel that way about it. I think of it as part of life, and something that, regretfully, awaits us all. I think that, once you accept that death is inevitable, it should make you want to grab hold of life and really make the most of what you have. We should stick two fingers up at death because he hasn’t got us yet, and make the most of each day. This is the point of view I have, although it can be hard to keep up a defiant attitude when faced with the loss of those close to us. It is this juxtaposition of attitudes that inspires my work and makes me question, and struggle with, my atheist beliefs.

I’ve been procrastinating over writing a new blog entry. I was going to write a reflection on my recent exhibition, but I’m not sure what more I have to say since my last post about it.
I’ve been stupidly busy since the start of my exhibition, which coincided with me moving house too. At the moment I have my whole life split between different places, as I’m between houses, and my computer is packed away. This makes it difficult to get things done, and requires a lot of organisation to keep important work or documents safe and close to hand.
So I’m glad that my exhibition is over, and that I have a little more time to sort out my personal life. It was good to get my work up on the walls though, and I got some good photographs of it (which I can better sort through once my PC is back in action). My next aim is to find somewhere else to exhibit my work, so please do get in touch if you’re interested.
Other than this, I’ve been working on a couple of projects with Michael Borkowsky. He’s been invited to produce a piece of work for the Liverpool Biennial, and we decided to continue work with our Reviving Leviathan project for this purpose. We’re currently researching Bible passages in which it has been mentioned, with a view to discovering the “real” Leviathan. Initially the project will involve gathering “evidence” of Leviathan. I always enjoy carrying out thorough research at the beginning of a project, so this one really interests me. We’re particularly interested in the idea of museum collections and fossils, after being inspired by a trip to the Natural History Museum in London last year.
The other project we’ve been working on is an exhibition of art based on computer games. This will take the form of an open submission later in the year. 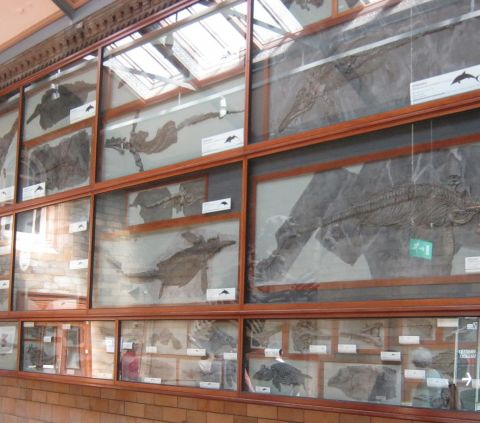