Just finished! Isn’t she lovely? She doesn’t know yet she’s a she (but I do). She’s becoming… You see, I see my outfits as inhabited. A compact baby bundle this one, polymorphous pleasurepain-time. Before conscious recall, before language. When do we start knowing what we’re going to be? What we are? Even human? Embodiment as the first instance. Mind/emotions catching up, or trying to. What did it feel like? Does my body remember this? Does my body know more than ‘I’ do? I’m interested in what we can’t consciously recall. What is held in us, our bodies/psyches, from those first months/years that we can never get to, but set us up for life.

Even with crocheting the ultimate format of a piece is not as predetermined as you might think. I made a tiny sketch, about the size of my thumbnail, and started crocheting, letting the shape grow under my fingers. If it doesn’t look right I’ll unravel and try again. This one worked the first time. I was led by the colours – had two balls of the beautiful multi-hued yarn that needed to be made into something curly (a friend’s mom sent me a box of left-over wools and hooks and needles, and chocolates – a cardboard treasure trove!). Bought some off-white wool-polyester mixture on-line to go with it. Used the latter for the base (tight stitches so it holds the form, slightly scratchy, giving damp palms), and then crocheted into it, a furry layer of loops – quite pleasurable to do.

She is lovely! Strangely I feel affection for her. She is cute and a bit creepy, her shape so right and so strange, with its proliferation of limbs and limbic too. A rather tame, organized projection, I know, a snoozed moment before heaven and hell break loose again.

Tonight I would have liked to go to ZAP’s talk with Karl England and Ben Street, but alas… And as I write this and check the link I see it has been postponed until autumn. Maybe by that time I’ll feel better. Time too to find funding for a wireless mic – to make that Skype-connection work at ZAP‘s end. Any takers? Givers rather?

Sorry: have not been able to read any blogs since I last posted, longing to, but energy needed focusing. The last touches take the longest and require concentration, hems around openings, sewing up of hanging threads. But here she is. 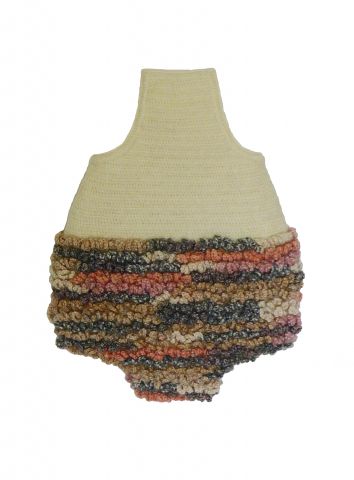 Although I’m a tiny bit better than when I started this blog and have been able to leave the house for brief periods once or twice this month I have spent much of the last few days lying on the (carpeted) floor, utterly exhausted (there’s no good term to describe the almost absolute level of tiredness/fatigue) and barely able to move. Or read. Or peruse blogs, tweets, e-mails. Or… The items on my internal list of things to do have proliferated like weeds in the garden. Can feel like everything is falling from my grip, literally and metaphorically. Not a good time for carrying crockery from one room to another! The idea-machine is always churning though and I’ve managed to crochet, slo-mo, but still, every stitch counts. Did I mention that (before M.E.) I used to be a video-artist? I’ve adapted my art-practice to my physical circumstances – crochet is something I can do lying down.

But as you can see I’m ‘up’ again. And learning. After the twitter-feat described a few posts ago was found wanting it was time for experiment no 2, with the indomitable and ever supportive Rosalind Davis, who suggested to connect me to the talk given by Cathy Lomax and Alli Sharma, artists, curators and directors of independent artist led-gallery Transition Gallery via Skype. Exciting! Of course I checked out their art beforehand – gorgeous: two painters who explore the modulations of desire through popular culture from their different vantage points… Rosalind introduced me to Dropbox and made the artists’ powerpoint presentation available to me: photographs of artworks, exhibitions, locations. Oh yes! We tested the connection half an hour before the talk started – I could hear Rosalind alright (but then she was close to the laptop/mic). The Skype-image on my screen was very blurry, but enough to let me identify which pic was projected at ZAP to follow the talk. Kept several windows open on my computer screen – Skype, powerpoint, the artists’ websites… Ready!

Unfortunately the voices were completely broken up. I could not make out more than the occasional fragment of speech, a word here, another there. But it sounded lively. Tantalizing, when the images were so interesting. And the laughter! What’s so funny? Talk about being outside! Kept hanging on for a good half hour, keen to catch every word and stretch it into a wider context, then tweeted to Rosalind that it was no use.

My consolation prize came the next day – Rosalind sent a two page-summary of the talk (grabbed me, made me want to teleport to Hackney straight away) and promised to continue thinking about possibilities to link me and others in who for their own reasons can’t get to these talks. Maybe speakers can be fitted with a wireless mic so it doesn’t matter that they’re not right in front of the laptop’s? Would that be expensive? Could someone sponsor it?

Facit: another learning experience. Learning is good. Have got Skype now, and found out about Dropbox and Transition Gallery. What was that mobility pageant like? Need to plan an outing. But now the floor is calling…

PS. Call to anyone who can sponsor or donate a wireless mic to Zeitgeist Art Projects for their briliant DIY-Educate programme run on a shoestring-budget.

I can’t wait to present new work but it’ll have to wait as I’m working on several pieces simultaneously, which rather slows down the finishing rate… A series of four, one of a series of three, and two stand-alone pieces are about to reach conclusion – a gluttony of ideas wanted to be taken up all at once, with more waiting in the ranks.

I’m reading an essay by Siri Hustvedt (Three emotional stories) in her engrossing collection Living, Thinking, Looking where she explores connections between the processes of memory and imagination: For her “Writing fiction is like remembering what never happened”. And “I am directed by the story, by the creation of a narrative that resonates for me as emotionally rather than literally true.” I too think of myself as a kind of story-teller, although one who narrates and comes to a core of emotional truth through visual means.

This is a piece I live with, and although it is utterly familiar its meaning keeps changing, as if every time I look at it anew, really look at it, I find a different kind of focus. Today it seems to touch on the sense a child might have of their parents seeing right through them, of their penetrating gaze following them into the furthest hushful hidey-hole. They see you even when you can’t see them! The overwhelming awe of this, feeling protected and irreciprocally exposed. Subject to.

Makes me think of an incident at primary school: In my form was a second girl called Marion, who the (female) teacher once slapped because she kept speaking dialect. This was the only time I ever saw a pupil hit by a teacher. It shocked me profoundly to see M. punished for something that I could not link with naughtiness in any way. I didn’t tell my parents – we (still) grew up with the notion that adults were always right. This memory swims up in me rather often, with some shame, as, while I felt the injustice strongly, I watched in silence and was glad that I didn’t speak dialect. There’s something about the unpredictable and unfathomable nature of adult judgment that wounded and worried me too, maybe all of us. After all you could be punished for what you were, the place you came from, not just what you’d done. 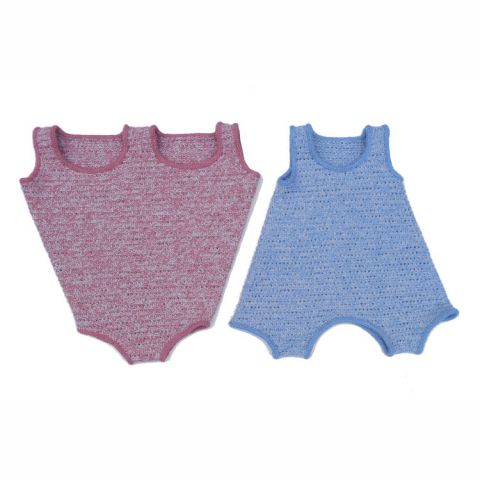 If truth be told, it’s quite a task not to dwell on what I can’t do. There’s a daily list of what draws me/needs to be done/requires urgent attention and choices need to be made, not only in art-related matters. Last Thursday I would have liked to go to a talk by Fiona MacDonald at ZAP, but as my magic carpet needs mending it was time for an experiment.

I’m not a great tweeter (can’t keep up and my ability to small-talk has shrunk considerably from not very to hardly at all), but now I wanted to see if it would allow me to link into the event. Rosalind Davis, one of the two organizers of Zeitgeist Art Projects’ SHOW & TELL 2012, was going to tweet live-snippets and the occasional photograph. As I would have done if I’d gone I perused FMD’s website beforehand, to get a sense of her work (enjoyed that, very interesting!), think of questions to ask. When Rosalind’s first tweet arrived (I typed in ‘treat’!), I was ready, heart beating.

The talk seemed to move fast from FMD’s artwork (about which I had questions) to her work at Standpoint Gallery. It was hard to get a sense of where the conversation was going and I wasn’t sure when to cut in so sent query to Rosalind who replied ‘send now’. Yeah! An edited version of FMD’s answer came with a bit of a time-delay and obviously was very brief, if tantalizingly engaging. Left me wanting more, but this wasn’t a one-to-one conversation and I was aware of Rosalind-exemplary-multi-tasker listening, synopsing, tweeting, reading, having an eye on the whole thing, and held back.

Lots of waiting times – made notes for this post. Three minutes between tweets felt o.k., five minutes and more – frustration! About an hour into the talk Rosalind officially invited questions from tweeters (there was another one) and I sent one I’d prepared earlier (it took a little while to get them to fit within 140 letters – editing skills!) and then – – – . What was going on? Waited for 15 minutes before I tweeted ‘is it over?’ After 27 minutes I sent a goodbye-tweet, switched the computer off and lay down in front of the tele.

As I’m looking for ways of connecting to the artworld while I’m pretty much housebound I’d been quite excited about this, but the fact that the Wi-Fi connection went down made me finish this experiment somewhat disgruntled, as it left me completely out of the loop. I found Rosalind’s answer/apologies next morning. Reading back through her tweets I see that she did a great job – and it must have been a really good talk! But does Twitter make for an effective, active inclusion zone?

Tentative facit: Definitely better than nothing, but lonely, fitful and fragmentary, not much control… Did it in the end really feel like participating in something? Not sure. Nothing can really replace direct contact. And of course you also miss out on the chance to meet the other artists in the audience, chat, over a glass of something. But while I can’t be there, and there must be others who can’t, for reasons of ill-health, as in my case, and more besides, I temporarily felt part of something.

If you’d like to read bits of the conversation have a look at the image on My art grows around me.