Something wonderful happened last week: contact&connection was made with the artist Sonia Boué, conceiver of Barcelona in a Bag. She explores memory, war and displacement through her grandmother and father, who fought on the Republican side in the Spanish Civil War, which means (I admit to a measure of envy) next to the misery and loss suffered there are reasons for pride and rejoicing.

And I was able to listen to a Radio3-programme about WG Sebald which remains available until Saturday. Switch it on!

As usual there’s so much going on in my head that I don’t know where to start. Every post scatters seeds for another, and following on from last week’s I photographed in close-up details of the little sailor’s suit which spoke to me of tenderness&care, but something else will out first. Note to self: Beware self-indulgence! while I consider silences&oversights, and the complex overlaps between personal and collective.

I wished I could say that what I don’t know won’t hurt me. The adage only holds when there is absolutely nothing to feed any notions, not a morsel of doubt, not a hook to hang one’s phantasies from. If at all it applies outside of relational spheres, in rigid&reified realms, which isn’t where life takes place.

I do not know what my dad witnessed, experienced, participated in during the two and a half years he served in the Reichsarbeitsdienst (Reich Labour Service/RAD) and the Wehrmacht, and the range of possibilities, even plausibilities almost makes my heartstrings snap. As mentioned before, his RAD-service began just a few days after his 17th birthday. In pre-war years it would have encompassed construction, forestry&agricultural work Later it became much more militarised and included support of the army behind front-lines, laying minefields, supplying food and ammunition, at times even combat (without training) and guarding prisoners. Bad enough, but/and: beside the building of autobahns and fortifications lies half-hidden the building of concentration-camps. In 1933 for example the RAD helped build Dachau. My dad would have been seven/eight years old, and I breathe a sigh of relief that he wasn’t involved – ridiculous, as I don’t know what was being ‘built’/destroyed in 1943. I catch myself again and again looking for escape routes, loopholes, for him, for me. And what about the guarding of prisoners?

Twenty years ago the myth regarding a ‘clean’ Wehrmacht was finally exploded in an exhibition produced by the Hamburg Institute for Social Research under the title “Crimes of the Wehrmacht. Dimensions of a War of Annhihilation 1941 to 1944” which scrutinised the Wehrmacht’s role in activities outside of international humanitarian law. The consistently worst was done in Russia, where civilians, partisans, prisoners of war, men, women, children were slaughtered (or forced into slave labour which most did not survive for long) with active and passive support from the Wehrmacht. Full stop.

My dad fought in Russia, this much I know. And that he was briefly a PoW in a Russian camp, from which he escaped.

What did he see? Do? How do I formulate what I fear&feel when I try to fit my dad into the larger picture? It’s best and yet falteringly described as a kind of after/boding after/shadowing post/sentiment.

Sometimes what I’m doing feels like an act of aggression against him, a posthumous dismantling. And if I feel for him (and myself), does that mean I don’t feel for those who were starved, worked to death, murdered? I can’t trust myself. Yet years ago I wouldn’t even have allowed for the idea that trauma was suffered on the German side. The weight of fascism, the holocaust, tallied against my/his daughter’s love-tinted, breath-held gaze, all the way back in time, at my dad who was 19 years old when the war ended. That unbridgeable gap, that tiny cranny. One fact folded into the other. It makes me doubt and scrutinise every word I say, pick apart sentences, sniff syllables for a stink.

Thinking of the photograph which shows him as a little boy in a sailor’s suit, that puzzled look on his small face – I yearn to wrap his child-self in a blanket and take him out of the coldness and cruelty of that time, let him skip across abysses and leap from ice-floe to ice-floe without ever falling/sinking into the inky swell of water all around. I want to cradle both brain and heart (mine) in the cup of my hands, whisper: there, there. Knowing full well there is no room for innocence I don’t cry tears, I cry words that whiggle and sliver in my silvery hands. 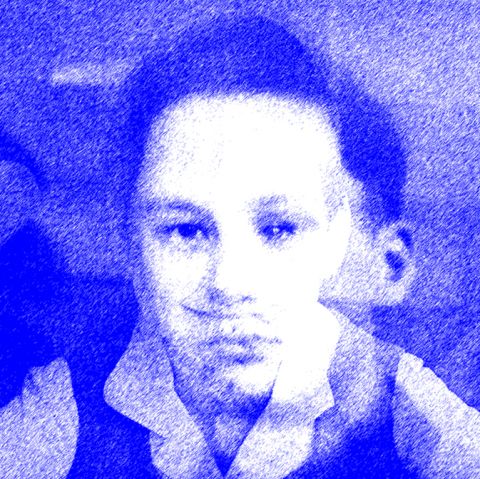