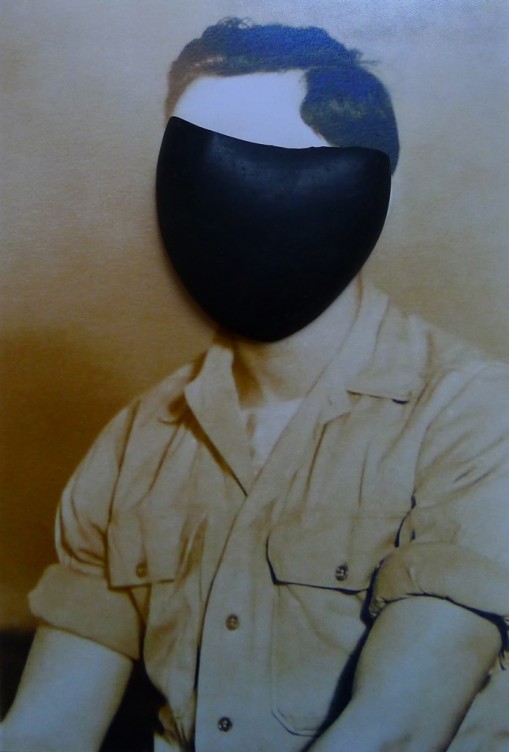 The images I mentioned in my last post, from André Singer’s Night Will Fall, remain so very much and overwhelmingly alive in me, that I haven’t been able to watch any of the other programmes I recorded around Holocaust Memorial Day. Nor have I listened to Richard J Evans: The Third Reich at War which means I ‘am’ still in Poland at the beginning of the war, which commenced when my father was thirteen and a half years old. Four more years of war to hear, to bear hearing, when what the Germans did right there&then in Poland is already the very worst and yet only marks the start of atrocities ever increasing in savage intent, purpose and execution, and I almost feel I should listen to it over&over again, to remember every detail of what actually happened, was done. And yet I cannot hold.

These slow, stretched out processes of mine, and the time they require, impress on me once more how in so many ways I live in the frayed folds of pastpresentfuture, with instances of unfurling and peeking out into the world before rolling back into the dark… Ever since I started my project I’ve been taking steps rearwards, forwards, sideways, treading in place, forgetting, retracing, which reminds me of describing my kind of walking a few years ago, on a little foray to the corner of my street which I haven’t been able to do for a while. I looked up what I’d written then, and found myself falling into layers of memory, half pleasing, half melancholic, and then coming up with a start:

“A slow walk on a hot summer’s day, excursion beyond the realm marked by silver birch. My steps almost in tune with the heat, stately speed, syncopated by stick’s rhythm: one crisp beat to two measured steps. In time they become halting, energy trickling out of me fast, traceless. More rest-points on way back, sit on fences, walls, parapets; savour stillness in air that comes with heat. Turn face towards pale blue sky dabbed with thin washes of cloud. Breath in, breath out, steady now. Up again and onwards, slower and slower, teetering, every so often scuttling sidewards like crab – waste of precious steps, but also little involuntary dance, celebrating the spot I tread around. A memory alights, of school-outings, where some of us would link arms and temporarily walk in step, chanting: ‘Ein Hut, ein Stock, ein Regenschirm,/und vorwärts, rückwärts, seitwärts, steh’n.’ And again. (In the interest of maintaining innate iambic rhythm I translate as follows: ‘A hat, a stick, umbrella too,/and forwards, backwards, sidewards, still.’ Shout out and let right leg swing and stop, like a 3D-pendulum.)”

Savouring the descriptions of summer heat and school outings I stumbled over the words ‘walk in step’, which took me where I end up more often than not these days, no matter where from. This in turn reminds me of my dad, who, towards the end of his life, often hijacked seemingly innocent conversations and would suddenly say something which suggested he was in a place where we couldn’t follow, which I hesitate to call a ‘theatre of war’, an expression which remains puzzling to me, although I do wonder now whether that’s what it is, for us who look in from the (relative) safety of our place&time.

Anne Carson in her foreword to Grief Lessons. Four Plays by Euripedes, wrote: ‘There is in Euripedes some kind of learning that is always at boiling point. It breaks experiences open and they waste themselves, run through your fingers, phrases don’t catch them, theories don’t hold them, they have no use. It is a theatre of sacrifice in the true sense. Violence occurs; through violence we are intimate with some characters onstage in an exorbitant way for a brief time; that’s all it is.’

So when I pick up the threads of what is and isn’t my story I remind myself that they aren’t reins, that I need to allow and follow their flow. This project is all about process, not progress; about meandering and happening upon, not measuring; about looking, not staring – staying alert&alive to what emerges, and taking time with it, letting it breathe. 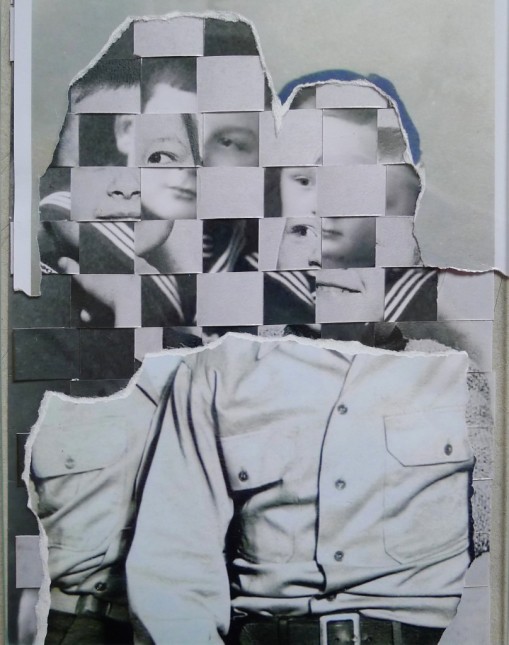