Was attempting to blur an image I’d painted. My problem here was, I do not allow thinks to sit. I went back at it way to early, muddied the paints and made a pig’s ear of it. But that’s all part of the process i suppose. Trying to learn from my mistakes.

I need to have more patience when it comes to painting with Oils. But, during this time of lockdown, I managed to spend 8 hours in the Studio at University!!!

In this still, I was trying to convey the absolute paralytic feeling that completely takes hold of you when you finally hit rock bottom. It’s a stunning feeling of pure dread that grips you, it doesn’t let go unless you get help.

I decided to use a still from a TV show (Buffy the Vampire Slayer) that shows a woman who has just died of natural causes. The feelings you receive during the turmoil of utter depression are extremely similar, you can’t move. You want to end it.

This was another piece in Oils on Canvas with a limited pallet. 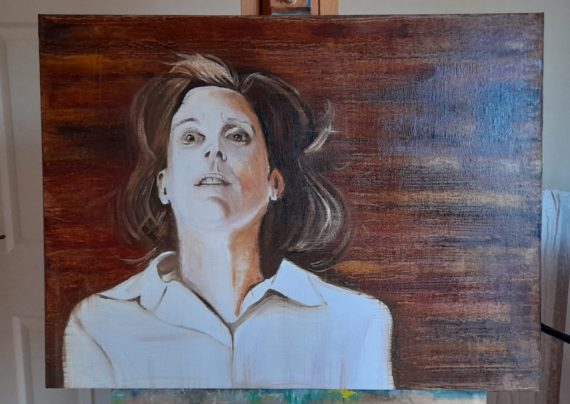 Further responses to a mini project I set myself looking at Mental illness. In this I wanted to respond to the word Depression. There is a thin line between manic and happy. This is originally a still from the Film, The Wall by Alan Parker where our protagonist finally succumbs to madness. To me, this shows the black hole that we all circle in our fight for mental wellbeing, some of us fall into it though and the decent to madness begins. 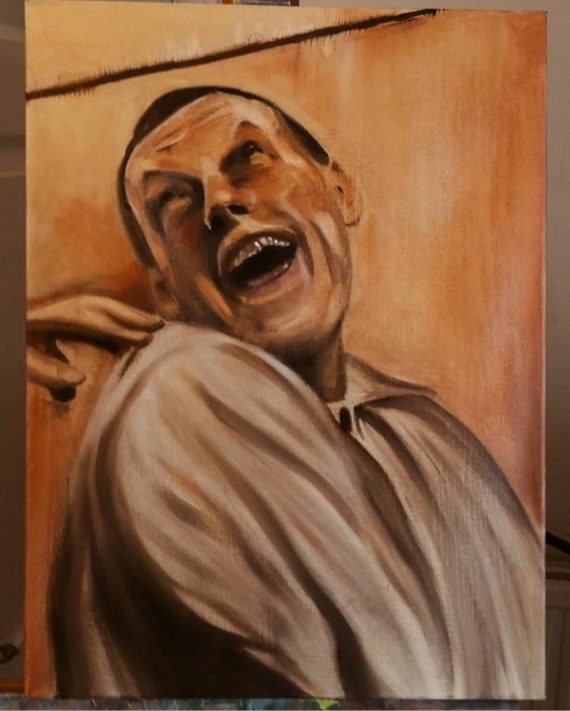 This came about after some research into the word fear in popular culture. What makes it, how do we truly respond to it.. Do we run, can we run? What if we can’t? What if fear simply grips us until we are eaten alive ? 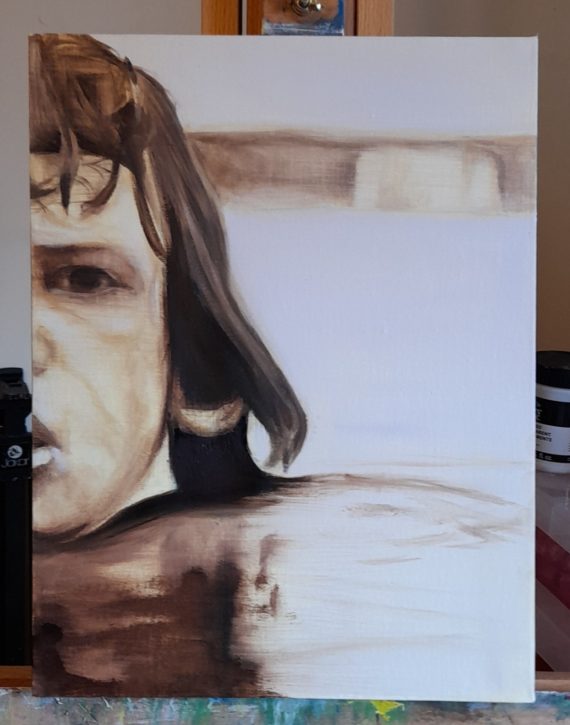 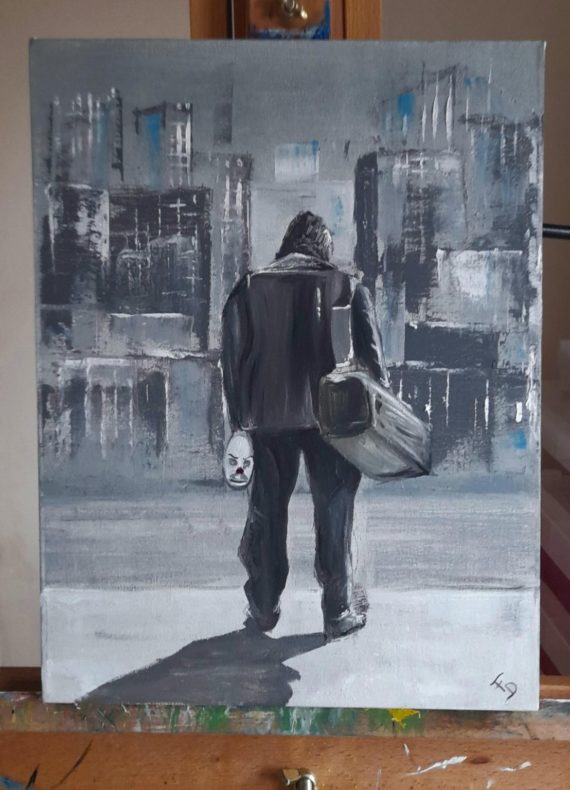