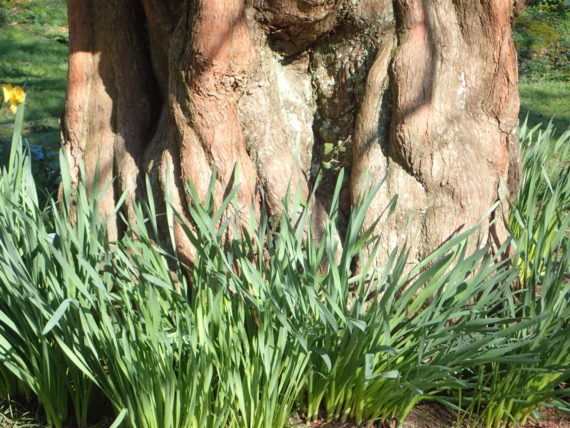 A developing collaboration focused on trees with artist and illustrator Greg Stobbs.

The August joint drawing session didn’t happen partly due to timetable pressure but also, with Greg unable to make it as he is so busy, I wasn’t feeling too great, though Joanna and I did make it to the park with the intention of drawing.  I wasn’t sure whether I was tired or just hungry so we had a bacon and egg bap to find out and I have to say that, along with the coffee, did help.

We then went in search of a tree but somehow the light felt wrong and we failed to find the “right spot”.

On the way out of the park I grabbed some leaves from a tree I’d drawn last time and then decided to settle down at home and try out some embossing and rubbing and drawing with an eraser. 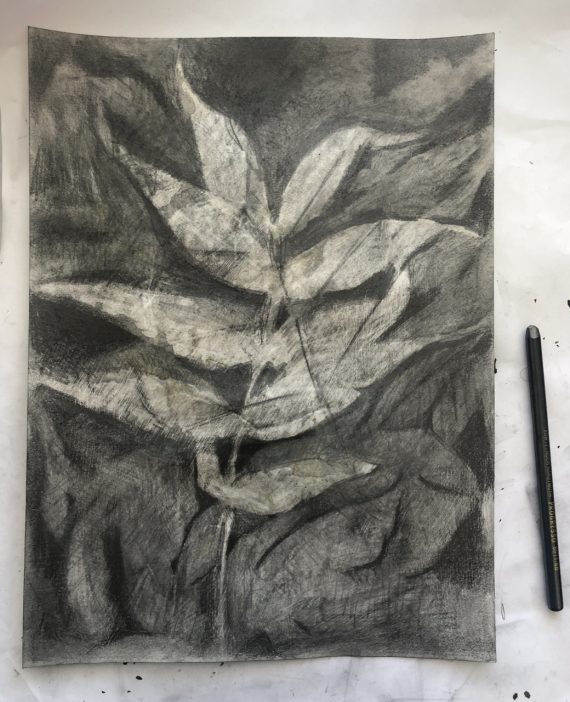 Short session today but focused! Greg is keen to develop 3-D work on how trees relate to each other – all about how each tree interacts with the others dependent on its shape , colour, placing, and size.  So I took my cue from him and tried to concentrate on overall shapes, while at the same time trying out watercolours ….. I might develop this into some mono print work. 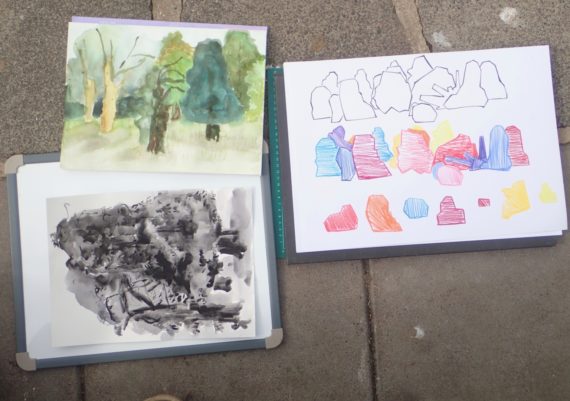 With Greg really busy working on a commission, we decided to keep the momentum going on the project by extending the invitation to draw to other artists; so today (18 June 2019) I went out drawing with artist, Joanna Jones. We stuck to the same parameters – both of us drawing the same tree, this time in Kearsney Abbey Gardens, the gardens on the other side of the road from Russell Gardens, where Greg and I drew on the last two occasions. 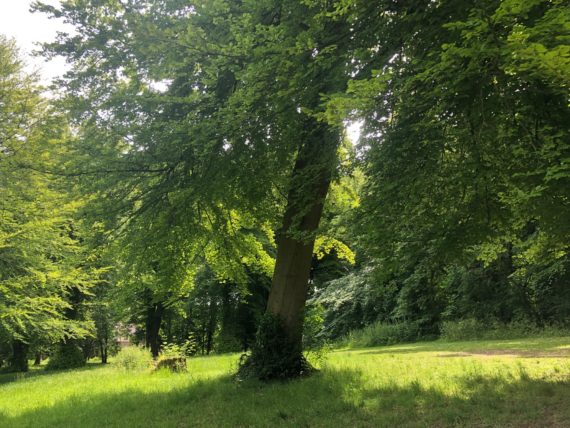 Alice, a  sculpture by Alma Tischlerwood has recently been installed in the Gardens, as part of Art in the Park, Kearsney Interpreted, a project managed by Dover District Council and co-delivered by Dover Arts Development, which Joanna and I run. It seemed like the perfect place for the two of us to draw from. 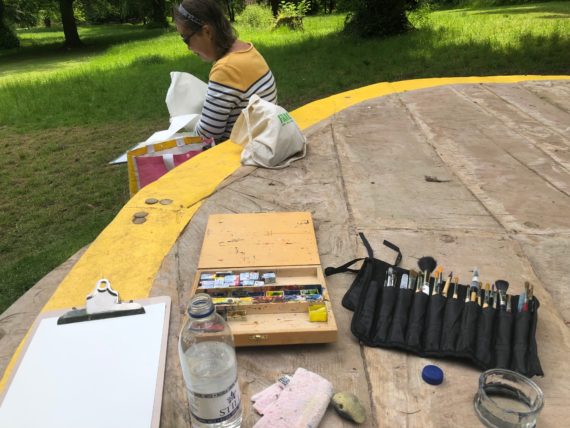 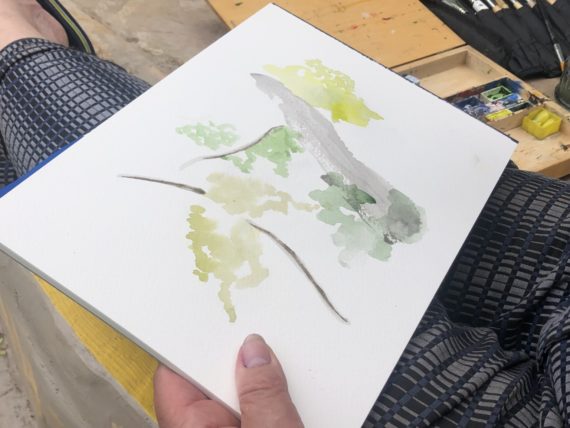 The weather was perfect – neither too hot nor too cold and we had a wonderful morning. 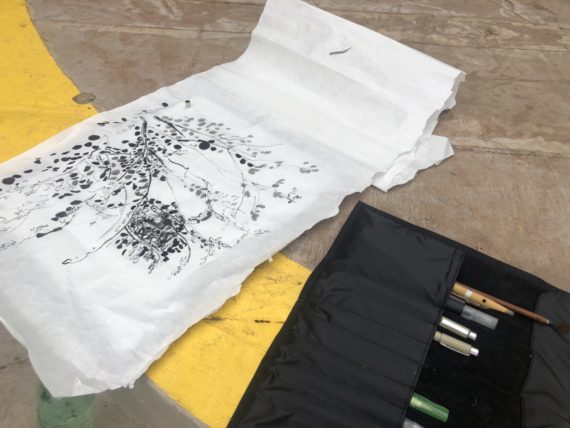 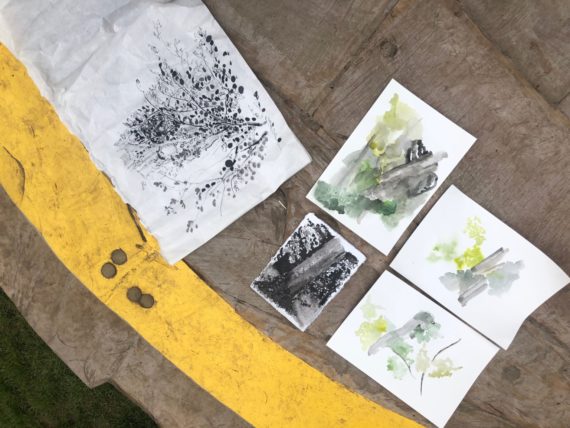 This time it was Greg’s turn to “pick a tree” and he wanted to explore the relationship between trees growing near each other. 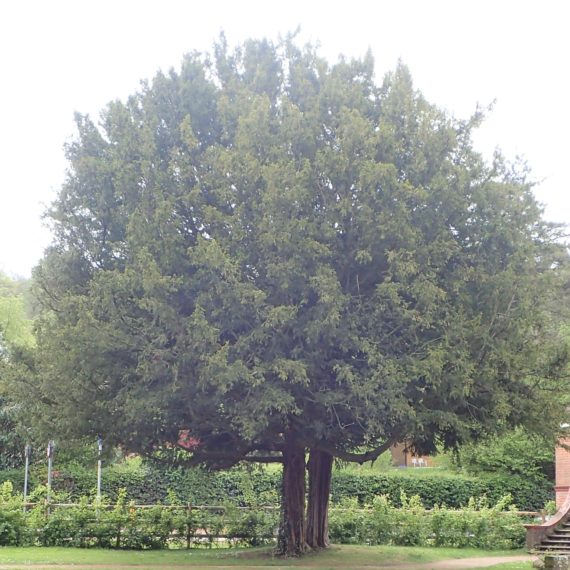 The weather was terrible but we braved the rain and incorporated it into the work, though did decide to take shelter when it got really bad. 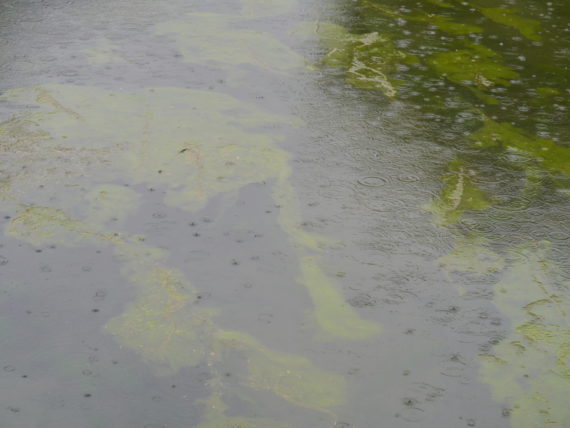 I spent a lot of time trying to stop my sheets of paper  from blowing away and Greg had to rescue my drawing board from the river.

As before we drew the same tree(s). 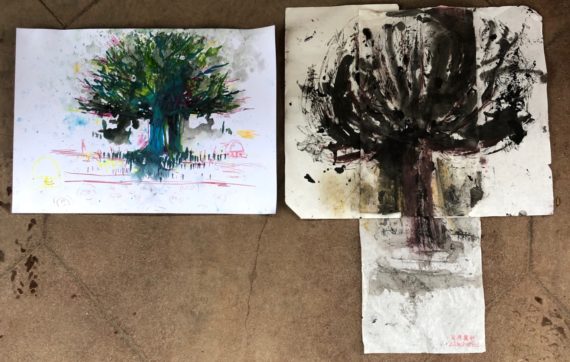 So, after a couple months of trying to get together to draw trees, Greg and I finally managed to meet up for a walk through the Kearsney Parks in Dover – various previous efforts having been thwarted by busy schedules, illness, broken-down cars…

The project started as a spontaneous suggestion from Greg that we draw trees together, following on from us both taking part in the Woods to Where Else project last year which saw us in King’s Wood near Ashford responding to the woods as a site of industry as well as leisure. Or at least I think that might have been the catalyst.

Anyhow, we took a wander through the parks, looking at Alice, a sculptural platform in Kearsney Abbey Park by Alma Tischler Wood being built for Art in the Park, Kearsney Interpreted*,

then into Russell Gardens

and after a potted history of the gardens by me, we both settled down to draw the same tree. 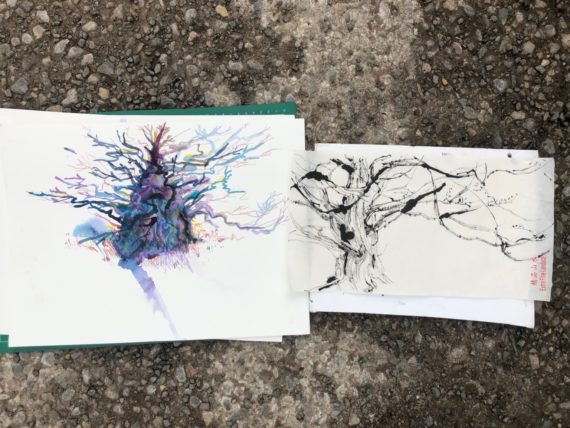 Greg’s choice of location next… and we might continue the idea of drawing the same tree each time and seeing what happens.