I’ve been doing some homework (reading, as always) and in the course of telling my patient husband about what I had read, we had a bit of a verbal tussle. But I’m very grateful for the tussle because it sorted some things out in my thinking.

The topic of homework and ensuing discussion was ‘liking’. That is, does ‘liking’ have any place in addressing art? That is kind of a touchy subject based on what I was reading and some of the discussions in the blogs because it invariably leads to a discussion of taste (sorry David M.). I’ve been sort of leaning to the side which says art is not to be liked because I can see the importance of other issues involved when considering art. But my husband being the ever rational, logical and fiercely independent individual that he is, said tosh! His point being that if ‘liking’ goes, art is then elitist – and he’s right. This is what I came to upon reflection…

Liking has no place in determining worth, but it is very important in viewing. If we remove liking entirely from the equation, art becomes definitively elitist because only the art educated will understand the nuanced issues behind the work such as movements, history etc. and how the work may relate or not depending on its response to those things (we see it already, in abundance). Not everyone who looks at art and enjoys art has the deep understanding of art history that we who are engaged professionally with art do. I feel strongly that is the reason art shouldn’t be ‘just anything’, notwithstanding the fact that often ‘just anything’ is not engaged with art history. Art should engage with the audience on many levels; one of those levels being ‘liking’.

As the poster by William Morris, Jeremy Deller & Scott King protesting funding cuts says, “I do not want art for a few any more than I want education for a few, or freedom for a few”. This statement has implications beyond just funding cuts to the arts.

If we make art professionally, meaning we hope to earn money from it, it must also consider the market and audience in its equation. Otherwise, it’s a private activity done for one’s own pleasure, period. That is not to suggest that we should make art for a market either. Art is complicated, and it should be. But we do ourselves a disservice and we keep the public at bay when we refuse to discuss our work in terms of explanation to a viewing audience. It isn’t wrong to explain the work. That old argument, “the work should speak for itself!” is also elitist and serves little purpose, to my mind.

Why is it hateful to hear that someone likes what we’ve made? Isn’t that as sincere a compliment as hearing our work creates an important link to some period in art history? I think it is and it should be given the respect it deserves. 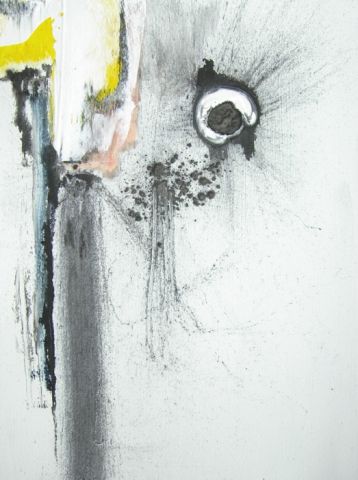 I was asked recently, by Chantelle Purcell of Core Gallery, about transience in my work (see link below for the full interview with Chantelle). She saw a Deleuzian sense of becoming and an unresolved quality to the work, something I thought was very interesting. I admit I’m not too familiar with Deleuze, but I knew his name from reading art history. That was as far as my knowledge went, so I looked him up and I found this:

“Underneath all reason lies delirium and drift.”

Now that’s as tasty as chocolate to me!

The division between reason and irrationality is so thin it shimmers. What reason can we hold onto when everything around us shifts so constantly? And what irrationality must we embrace in order to flow with that shift?

I’ve had a lot of experience with transience and I’ve had to come to terms with those two questions. As I told Chantelle, transience is what is real for me.

Transience and isolation go hand-in-hand. I’ve had to deal with isolation in so many other ways that the isolation of working alone as an artist really isn’t that bad. For me, the difficulty of isolation as an artist is questioning whether the work is any good. We all make work we like and I’m just as certain we all wonder if anyone else will like it.

And I don’t believe for a second it is as simple as that statement appears.

I feel a deep satisfaction with my work, I’m pleased with what I’ve produced and I’m not really too bothered by the idea that others may not like it or respond to it. When I show my work, I’m not offended if people don’t like it; I sort of mentally shrug and move on. But when people do respond to it, I give a mental sigh of relief. It’s not the approbation of being liked it’s more the discovery of common ground. It’s like discovering a crazy passion for something in common with a friend.

In that moment isolation and transience dissipate and there is connection. Is this why we feel compelled to make art? Is that feeling so profound for us that we are propelled to move forward, becoming artists in order to find it again? Do we know delirium and drift fills the space between the connections?

(All said facing into my own crit with Graham Crowley next week! eek!) 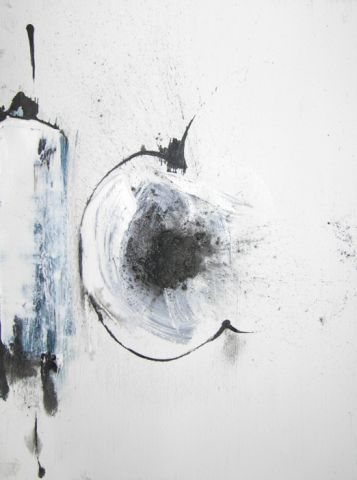 WOW! is all I can manage to get my fingers to type at the moment. Many thanks to Sarah Rowles for choosing my blog, along with Jo Moore’s blog, as choice blogs; I am delighted to be chosen with Jo because her blog is one of my favorites too. It is also with many thanks to a-n Artists Talking. Without this platform to connect, I would never have been able to reach so many other artists to discuss issues about work.

I have been thinking about my blog recently, because things have suddenly shifted for me. As a new member of Cor Blimey Arts I am no longer isolated in many respects, even though I do still work and study alone, as I mentioned in a recent post. In effect, I have bridged the gap of isolation with the help and generosity of the blogging community. And so, I’ve been wondering if my blog and its title are still relevant. Happily, I can say I believe they are. Even without this much appreciated affirmation from Sarah, I had come to the conclusion that the isolation I still face is one we all face as artists. We all think alone and we all face the audience alone.

There is also no denying the fact that our position, wherever that may be for each of us, places us in context with history, in all its manifestations. As artists we must face that as well. History is becoming a non-linear thing for me and I’m discovering through reading, it is for other thinkers as well. To move one’s thoughts from a linear progression to a globular (my favorite image of history at the moment) entity of occurrence seems full of intrigue. If you stop for a moment and think of all the things happening at this very moment, it can’t be rendered as linear, or if it can the lines will create a mass because there are just so many things happening in so many places in the same synchronous moment; boggles my mind!

So I will continue to talk about isolation and history because I still live with mine everyday as I suspect you do too. 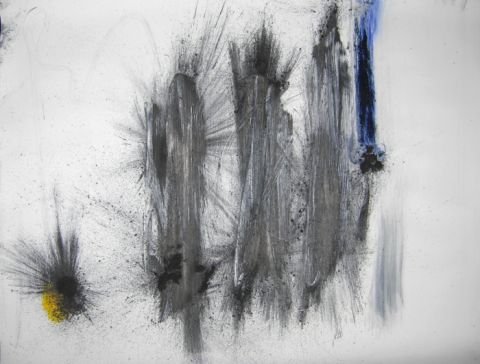 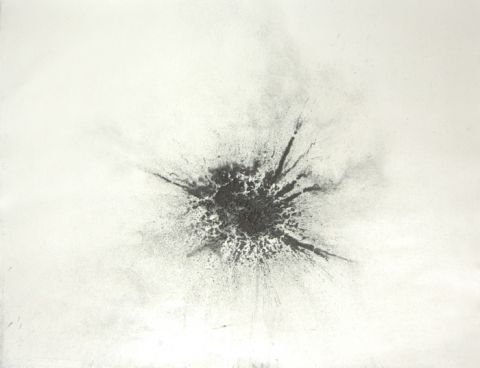