I reviewed DYSTOPIA, the new exhibition at CAPC, http://www.capc-bordeaux.fr/programme/dystopia in Bordeaux last week for Whitehot, (David R., if you are keeping tally – my first paid work). You should be able to find the review here http://whitehotmagazine.com/new next week.

The exhibition premise was an interesting one. The curator Alexis Vaillant invited American art theoretician and Sci Fi writer, Mark von Schlegell, to write a screenplay which would govern the exhibition preparation. Von Schelgell had final say in choosing all the works and Vaillant curated the show.

What I perceived from looking at the works and the exhibition as a whole was that the artworks were chosen to fit a theme rather than a theme illuminating the artworks. In other words, the works of art seemed to come second in importance to the theme. The primary thing that came across was the telling of the story of DYSTOPIA. In fact, the exhibition catalogue is von Schlegell’s latest novel, New Dystopia. He actually refers to many of the works in the show within this novel without describing them in a factual or actual way like most catalogues do. He instead, uses the artwork as a descriptive illustration for a scene or a setting within the story. Here is an example: “Despite its totalitarian scale, the structure was not what Calve would have expected adorning a New Dystopia under the enlightened guidance of the master artisan. It had a geometrical quality that tied it to the October revolution, to the Greeks, as well as a baudy spontaneity that was one part decadence. Its image was so expressive of engineering paradox, its hips so curiously dynamic, that it was not at all suitable for the sort of stragecraft Joralsky would have in mind. It was simply wrong for the current Dystopia, inexpressive of Type 1 possibility altogether.” The image is from the DYSTOPIA exhibition and is descriptive of this quoted passage from the novel-cum-exhibition catalogue.

This in effect takes importance away from artist and artwork as supreme (photograph title, by such and such artist, date, dimensions etc.) and places it within a larger framework (this photographic series, by artist, illustrates the ambient light and degraded environment within the setting of my story). I found it stimulating and exciting to think of art placed on a level playing field with other forms of cultural production. But I wondered if other artists would share that view.

For well over a century, art production has been closely tied to the artist’s ego and the creation of the artistic persona. I wonder if we are ready to share the stage with other modes of cultural production which would make art a ‘prop’ within a greater theme. I’m not questioning a comparison between the popularity of say, art exhibitions, films, concerts or theatre, for example. Or even the mixture of art and design within the creation of a theatrical or dance production. All of that is well established. What I’m questioning is the possibility for art, within the realm of art exhibitions, to let in other modes of cultural production; like with DYSTOPIA, a writer telling a story that is explored and illustrated within the context of an art exhibition. The context for the story is the art and the context for the art is the story. It seems an exciting thing to me.

But what happens if an artist is misrepresented? I mean, not just a mistaken understanding of an artist’s intent but an actual misuse of an artist’s work. Do we even consider that our work can be misused? I dare say we all would be so pleased to have our work chosen for an exhibition, we probably wouldn’t mind how it was used. But should we? 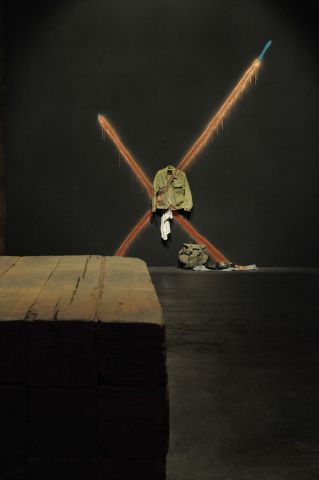 I can’t believe it is nearly three weeks since I returned from my trip to London and only now am I getting to my neglected blog! How is it a change in physical location causes such a disruption to work schedules? Most of my time in London was spent working how could I have gotten so behind?!

Who knows? Anyway, to report, I had a fantastic time. The show I co-curated with Rosalind Davis, Extra-Ordinary, was a smashing success and the workshop with Ros and Becky Hunter was a hit too. And the review I wrote was published, here’s the link if you want to read it: http://whitehotmagazine.com/articles/arret-sur-l-image-galerie/2251

Extra-Ordinary was reviewed too and we are waiting for it to be published. It’s thrilling to have a review, no matter the outcome. All of us are on pins and needles waiting to know what was said.

I came away from London with two more shows to curate with two more curating partners and one artist signed up; a commission to write an article on reconciling late modernist abstraction and conceptualism, which is to say reconciling the inner self and the public self – these being the opposing views of the self represented in those two movements; and great times spent with friends. I go back in June.

I’m reading The Fold by Giles Deleuze in researching the first of the two curation projects. Half of it I can’t fathom, the other half is helping me define a parallel self. One of my friends asked me where I felt the self resided in the body, the mind or the heart. I had to stop and think about that because I didn’t have an answer. I don’t feel the self resides in the body, and I know that sounds strange. My response was, ‘I see the self as parallel,’ which surprised me as much as not having an answer to her question.

It goes back to that thing of thinking in twos I’ve mentioned before. So far, my reading of philosophy has mostly been about the self and I find that my pulse races a bit when philosophers, like Deleuze, Derrida and others, refer to a fold or an entre-deux . They are describing something which is one but differentiated. I’m curious to know how they reconcile this because it is something I feel I understand intuitively but can’t really describe verbally. I think I’m circling around it in my art, but I don’t think I’ve described it fully there either.

Basically, I’ve still got lots of homework to do… 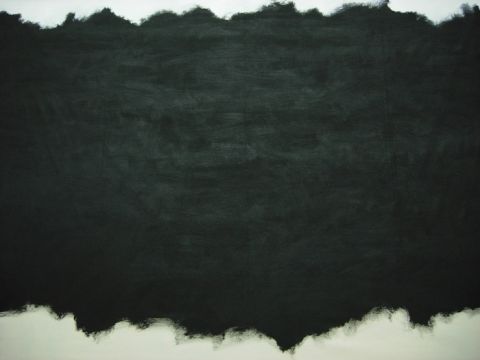