0 Comments
Viewing single post of blog Working in Isolation: a dialog with history

I’m doing some research into the avant-garde after viewing an exhibition called BigMinis here in Bordeaux at the contemporary art museum, CAPC, and my head is spinning with questions.

One of the really interesting things about BigMinis was the juxtaposition of work from the early twentieth century with contemporary works from the twenty first century. All of them arguably works of the avant-garde. I make that qualification because as my research is showing me the definition of the avant-garde has changed and with it, art production.

One of the defining factors for art to have been considered avant-garde was its relationship to the art market – basically art produced for no financial gain (it is a bit more involved than that, but for simplicity’s sake…) was considered avant-garde. It also had an element of critique; social, political, moral etc. This took art production out of the service of the state or the church and placed it squarely within the artistic intentions of the artist – art became art for art’s sake.

And that’s where we were with modernism; artists had to be philosophers, designers, critics, inventors, commentators, political activist, social observers etc. No longer were artists specialized craftspeople who were given the subject of their work by their patrons. It meant that the emphasis on technical skill in medium was no longer the main area of interest for artists because they suddenly had so many other areas they could explore.

However, soon the market subsumed the avant-garde and social critique became the norm for art production. So where are we now with the avant-garde? I think it is a question a lot of people are trying to answer. We have de-skilled, dissolved and disappeared medium, removed aesthetics – obliterated the visual all together. Where do we go from here?

I’m baffled by bottles of brand named mineral water filled with opaque flesh-colored silicone, Pamela Rosenkranz, Firm Bodies (2009), one of the pieces in BigMinis. What is Des Hughes asking us to consider with his group of Pea Cubes (1999-2001), rolled latex balls stacked into irregular and sometimes squashed cube forms. These works might have been called avant-garde once but can they be called that now because they came to BigMinis via the galleries who represent these artists. If I dig deep and try really hard to make associations I might be able to come up with some sort of social commentary by the artist, but even trying my best to do this (and I did) I don’t see any particular or poignant comment on anything. So what are these works and others like them? Where are we when we no longer have a haven of classification in which to set our mind at ease? Are these works of art? Do we still need an avant-garde? Have we reached the point that anything an artist ‘touches’ becomes art by the very fact of coming from an ‘artist’? This reaches beyond Duchamp’s statement that an artist’s idea for something is as important as an object created by an artist, because if we readily accept something from an artist as art, it makes little difference what the artist’s idea is, we’ve already accepted it as art. If we are at that point aren’t we strutting behind the emperor in his new clothes?

Frankly, I can see no other way of calling the spade anything but a spade. 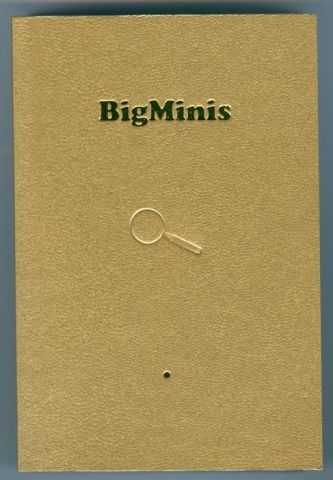