0 Comments
Viewing single post of blog Working in Isolation: a dialog with history

This is the second posting to address David’s question about my statement, ‘Therefore, it [the relationship of the body with outside forces] realizes the paradox that the self resides in context but is also obliterated by that same context.’

I will start my explanation by reiterating a paragraph further down in post 6: The self has a confident presence in my work but it is a presence which is tenuous, momentary. It is a presence which knows it only has a moment. The self in my reinterpretation holds its inner continuity, but sees the articulation of its presence as fleeting and so absolute relation to itself an impossibility.

When I say ‘the self resides in context’, I mean the self is defined by the context in which it finds itself. But this definition is limited if it is taken to be the end of the story, which I feel strongly that modernist views of the self have done. If the perspective of this definition of self is opened up and set in relation to other things, which most likely are unrelated, happening at the same time, the definition of self becomes diluted, diminished, obscured, unimportant.

Some examples: I am human. There are six billion humans on the planet. Which one am I and where is my place in terms of importance with the rest of those six billion?

A man has a career as a computer analyst and has been successful in his position for 35 years. His company makes changes in response to market conditions and the man is made redundant. Who is he now and what does he claim he does?

I am an American living in France. I know where I come from. I cannot convey the weight of my personal history to another who has no experience of the United States, the Mid-west, the state of Kentucky, of any other Americans, and what information they may have puts me in relation to things seen in the context of current events in which my country partakes, having nothing whatsoever to do with me. My only chance to present myself in this situation is during the moments I stand in front of my French neighbor and communicate in limited French.

My view of the self could perhaps be seen as defeatist, depressive, timorous even, but I don’t see it that way. I see the self as part of a larger whole and to look only at the self is narcissistic and self important. We all are in relation to other things, other people, time, and I feel, only in looking at this relationship will understanding be found. This relationship diminishes us yes, but it also is a more realistic view of who we are in the world. 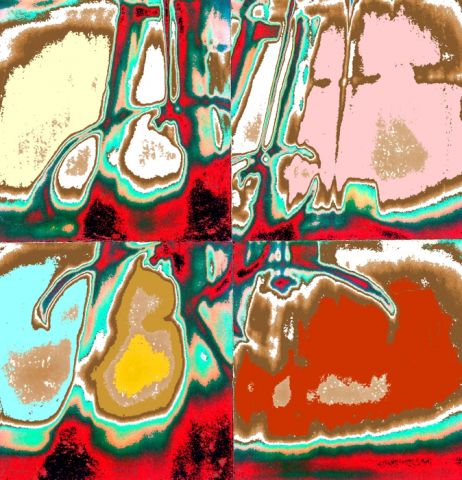