A Q&A with... Henry Ward, artist and educator at Freelands Foundation - a-n The Artists Information Company 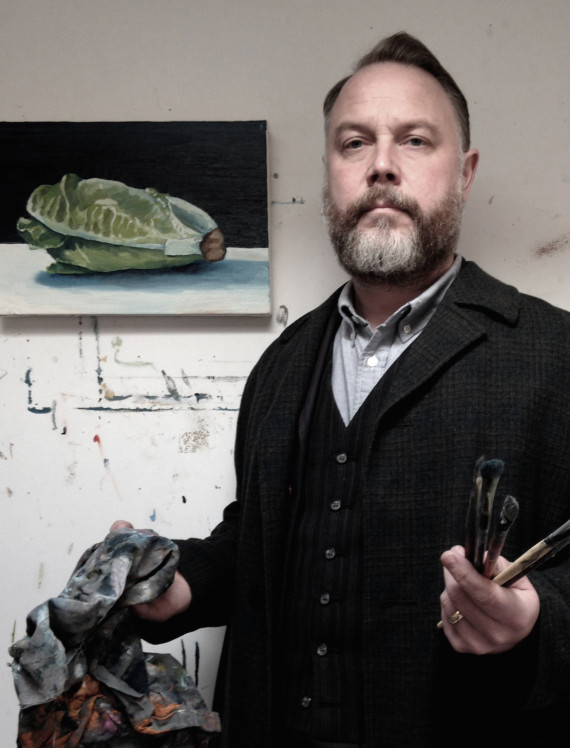 Henry Ward is clearly relishing his job of building the Freelands Foundation education programme from scratch. Founded in 2015 by Elisabeth Murdoch – managing partner at Freelands Ventures, founder of Shine TV Group, and a Tate trustee – this new organisation supports artists and arts education through grants, awards and a programme of activities.

An artist, former art teacher and previously head of education at Southbank Centre, Ward strongly advocates bringing together people from all corners of art and education to blur the distinctions between the two areas.

His approach is evident in Art Is…, an event hosted by Tate Modern on 9 April. The day will be packed with speakers, film screenings and performances exploring the themes of education, play and society.

Contributors include Mark Wallinger and Michael Craig-Martin in conversation, a head teacher whose school hosts a million bees, and Amila Ramović, director of Ars Aevi, a contemporary art space in Sarajevo.

“There’s no doubt I feel like a kid in a sweetshop with this job at the moment,” he says. “I’m in a lovely metaphorical playground: it seems like everything I suggest I’m getting licence to have a go at.”

What have you been up to since you joined Freelands Foundation?
In my first ten months here, my role has very much been to come up with a plan for what the education side of the programme could look like. What’s been really exciting is that it’s proven to be a genuinely blank piece of paper. There’s this overarching ambition to work with artists and in arts education but what that could be has been very open. One significant focus has been working with teachers. Obviously my own background comes from that, and I feel passionately about enabling art teachers to be experimental and progressive. Although they’re being massively eroded, we still have world-beating art teacher training programmes in the UK. But the impression I get from teachers is that the longer they’re in it, the more separated they feel from their practice.

This year, Freelands are working with the Institute of Education to deliver part of their PGCE in Secondary Art Teaching. We’re doing a project that explores teaching as a socially-engaged artistic practice, which will manifest in A Dog in a Playground, a publication and an exhibition. The 46 students explored a route into socially-engaged practice within the classroom, whether that was as an artist, curator, facilitator, instructor, social activist or collaborator. So right at the beginning of these new teachers’ careers they’re investigating the idea that teaching may not be the necessary evil to fund their work as artists. Instead, it could be a form of artistic practice itself. 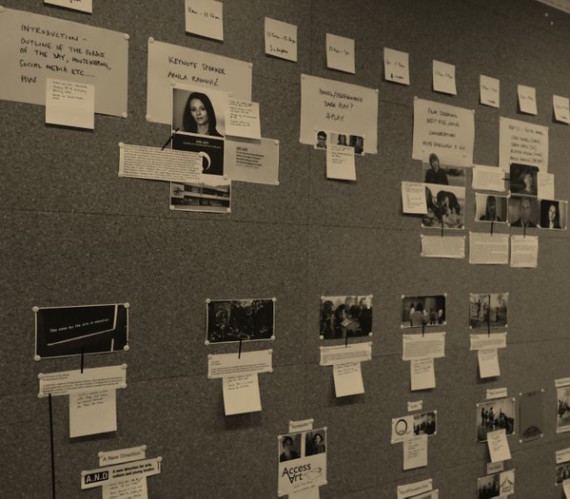 How did Art Is… come about?
We had a conversation with Tate about whether there was a way of preempting what might happen within Tate Exchange [learning and research facilities in the Tate Modern extension] by trialing an external agent coming in and using their spaces. I proposed an event based on bringing lots and lots of people and provocations into one space. The title came from the things I’m most interested in: education, how play fits into education and art, and art’s social function. The social function part comes off the back of things like Assemble winning the Turner Prize and the proliferation of interest in artists engaging with communities in a more high profile way than perhaps two or three years ago.

There’s an unusual diversity of contributors from across art and education, and local, national and international contexts – what’s the rationale behind this?
I’ve always been a believer that you can bring interesting people from different areas together, provide them with the space in which ideas can cross-pollinate, and then exciting stuff goes on that you can’t entirely plan. It’s a bit like being a gardener. When it came to planning Art Is… all I could think was, what would I like to go and see? For example, I’d read about this amazing primary school in Eastbourne called West Rise Junior, and their very charismatic head teacher, Mike Fairclough. I went down last November and had the most amazing day there on the edge of a storm, with the rain coming in sideways. This school has 120 acres of marshland, they raise a herd of water buffalo, they’ve got a million bees, they’ve got a working archeological Bronze Age site. It’s just incredible. I said to Mike, I’m doing this event at Tate, would you be interested in being involved, and he said yes.

Another example is Amila Ramović’s involvement. I was in Sarajevo during my summer holidays and I found being there quite difficult. It’s still physically very scarred, and you can feel the divide, even 20 years on from the siege. Then I went to visit Ars Aevi, which is this incredible contemporary art space that was set up during the siege. There’s this amazing statement on the wall which is about art being the glue of multiculturalism, and the necessity to overcome evil being so human. I read a lot about the project and got very, very inspired by it. When I knew we were going to do something at the Tate, I thought it would be amazing to have Amila there.

Can you talk about Mark Wallinger’s and Michael Craig Martin’s involvement?
Mark came on board as an advisor for Freelands, and I saw Michael Craig-Martin speak last year about how art was taught in art schools. I was so interested in so many things he said. What he and Jon Thompson changed at Goldsmiths in the 1980s was to get rid of the idea that you’re siloed into things as an artist. I realised that Michael taught Mark during his MA at Goldsmiths, and then Mark went straight from his MA to tutoring alongside Michael. An idea suddenly started to appear. If I could get the two of them together, I could ask them to focus on what happens when the teacher and the student become the teacher and the teacher. Did the dynamic shift? I think they’ll have a really interesting conversation about what happened in that overlap. 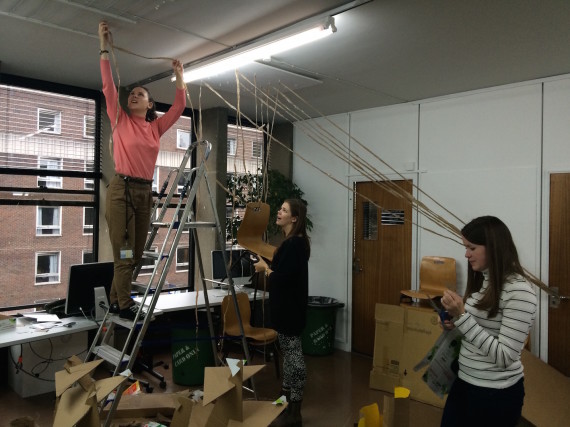 With so many negative narratives currently circulating art education, it’s refreshing to hear your positivity. Are there any models featured at Art Is… that you find particularly inspiring?
The touchstone for me is Black Mountain College [a school in North Carolina that operated between 1933 and 1957], as it is for so many people. I love that it’s often misunderstood to be an art school and it wasn’t; it was a progressive, liberal education project that believed that art ran through everything they did and I think that’s right, I don’t think it should be seen as separate. What appeals to me about Black Mountain is that sense of the students and teachers unpicking disciplines together. It wasn’t that Socratic lecture-based “I’m the keeper of knowledge, you’re the tabula rasa to be filled up”. There’s an enormous amount we can still learn from that.

Why should artists come to Art Is…?
You might not think you’ll be interested in hearing a head teacher talk about why he’s got a million bees in his school, or a group of four people doing a strange performance inspired by the Marx Brothers. But you might go, “Woah, that’s completely opened up my mind to something I wasn’t expecting”. Whether you’re an artist, whether you’re a teacher, whether you’re involved in education or not, I think anybody would find it interesting. Just come.

Lydia Ashman is one of five a-n members participating in the inaugural a-n Writer Development Programme. She is an Education Projects Manager at Bow Arts and a freelance writer and producer. Alongside artist Ania Bas and curator Simone Mair, she runs The Walking Reading Group.

For more information on the writer programme, and to read more of the writers’ work, visit the programme’s blog on a-n.co.uk or use the a-n writer development programme tag