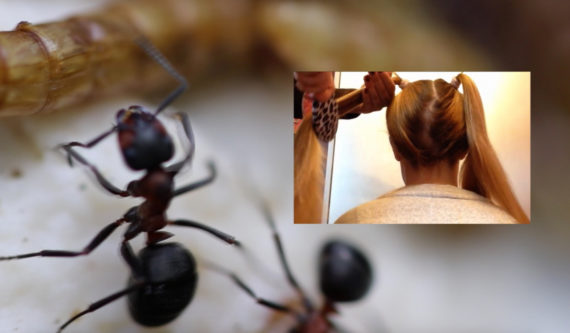 Artist Fiona MacDonald‘s ‘Feral Practice’ is about “eliciting, reflecting and interpreting” aesthetic encounters across species boundaries. Her work takes on many forms through varied mediums, most recently digital video, and aims to “recentre creative agency” around non-human participants and deepen our response to other species and places.

MacDonald describes her approach to working with non-human beings as “interspecies art”. Her practice is a lens onto our relationship with and observation of other species.

A long-term project, Formica’s Forms, has seen her engage with wood ants (Formica rufa) in King’s Wood near Ashford in Kent. This has led her to develop new skills in filmmaking, using drones and other techniques with support from a 2018 a-n Artist Bursary.

This month Feral Practice is featured on the a-n Instagram, where we look more closely at recent projects by MacDonald. The artist also keeps an a-n blog about her bursary period.

What formulated your ideas behind getting involved with ‘interspecies art’?
I got fed up with the reductionist interpretation of non-human beings, which legitimises extensive human exploitation of and lack of consideration for them. I moved back to a rural environment in 2012 and this inflamed the urgency to address interspecies relationality and ethics, directly through my work.

How did you discover the ants you have been working with?
I was invited to do a residency in King’s Wood by Stour Valley Arts in 2014. I was wowed by the sculptural humps of their nests, and then by watching several ants carrying a huge caterpillar up the side of their nest. They got it stuck on a twig, and were stretching it like spaghetti, ants at each end – they worked the puzzle out and walked one end around the twig. I was impressed and fascinated. 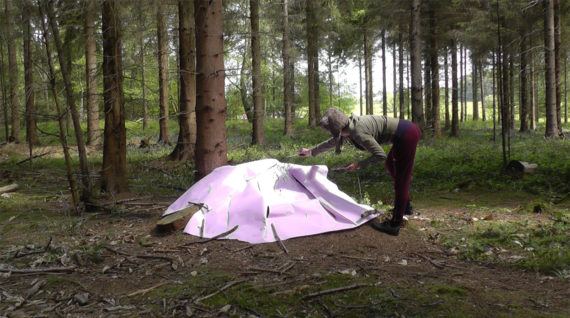 How much of your practice is to do with local knowledge of places, in terms of knowing where to go and where to find things?
It is more a question of the quality of attention than being in a specific place. When you slow right down, stop, listen, look, sit or lie down, layers start to unfold in front of you. As a project develops it zooms in, allowing the practice to go deeper and reveal new things.

Do you feel that you collaborate, or co-produce, with non-human species rather than treat them as a material?
Co-production across species boundaries is contentious in terms of art authorship, where profit and provenance rule. But within the frame of a distributed agency, as evoked in new materialist philosophy (for example, in Jane Bennett’s model of ‘vibrant matter’), all things are re-framed as a co-production between agentic [behaving like and agent] materialities.

My use of the term co-production borrows from the new materialist model to make visible a deterritorialization of artistic agency and intention, away from the human artist and towards the ants. 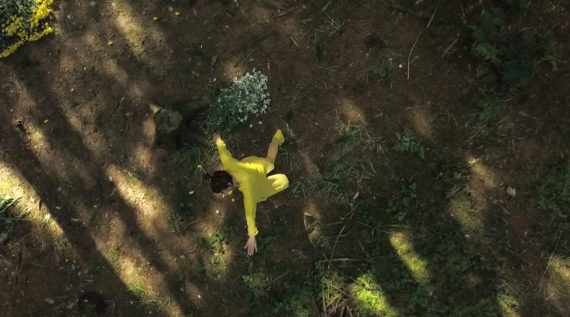 The a-n Artist Bursary you received this year has allowed you to learn new skills in filmmaking. What initially drew you to video as a medium?
I use different artistic techniques for different projects. I started using video to document my interventions and co-productions, and when working with the ants, the importance of it just swelled and swelled. Video helps capture something of the liveliness of the ants and the forest – the whole entangled morass of activity that is going on at any moment.

Sound and moving image show material, cerebral and corporeal meetings – and failures to meet – between human artist and ant participants, in which we are all revealed as alternately purposeful, uncertain, confused.

How about the relationship your practice has to natural history. Have you always been interested in these sorts of histories?
I rock between the poles of knowing and not knowing – both are productive spaces for thinking. Usually I prefer to go outside and explore first, to notice things, then learn about them later. What most excites me is when a new piece of scientific research tickles the feet of something I’ve noticed, or speculated on, that I perhaps thought was odd, far-fetched or magical.

How does your research relate/react to notions of the Anthropocene?
The Anthropocene is an important concept in highlighting the calamitous effect we are having on global climate and biodiversity, but has been critiqued by Donna Haraway and others for extending human hubris. The Capitalocene better acknowledges the vast discrepancies between human lifestyles and their effects. It is specific practices borne from expansionist and extractive greed, in conversation with our desire for comfort and convenience, that are at fault.

Where the Anthropocentric framing that has dominated within art contributes to the human sense of entitlement to and ownership over the natural world, Feral Practice’s intimate representation of human–non-human relations reorients the viewers’ apprehension and appreciation of landscape towards the complexity, liveliness, and equivalence of the non-human beings.

You have been working with Marcus Coates on a series of events called ‘Ask the Wild’. The most recent iteration, ‘Ask the Seas’, is to be held at Tate St Ives on 21 September. Can you explain how you got involved in this and what people can expect from the event?
The’Ask the Wild‘ series emerged from Marcus and I discussing a shared desire to bring together very differing voices and disciplines so that nature might be discussed in detailed but not segregated ways. For the events we convene a panel of experts on a particular species or habitat group. ‘Ask the Sea’ responds to Tate St Ives’ amazing view over the Atlantic Ocean, and we are joined by marine ecologist Dr Clare Embling, and poet Susan Richardson, whose latest collection, Words the Turtle Taught Me, is the result of a residency with the Marine Conservation Society.

We aim to craft a space where human and non-human lives can meet imaginatively, where the wisdom of the sea and sea creatures becomes a mirror and a resource for us as humans. 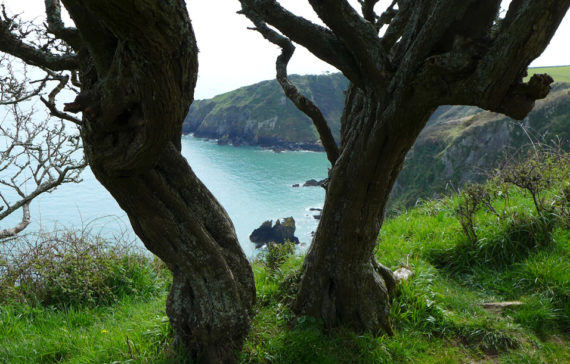 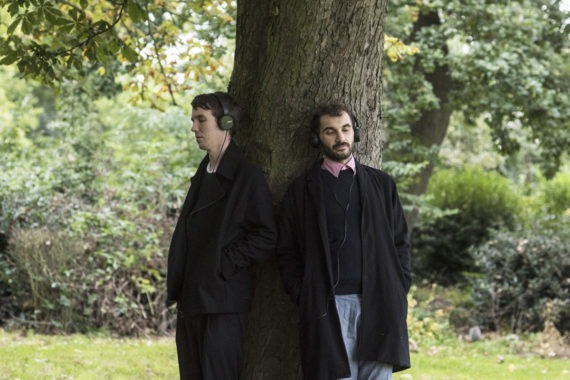