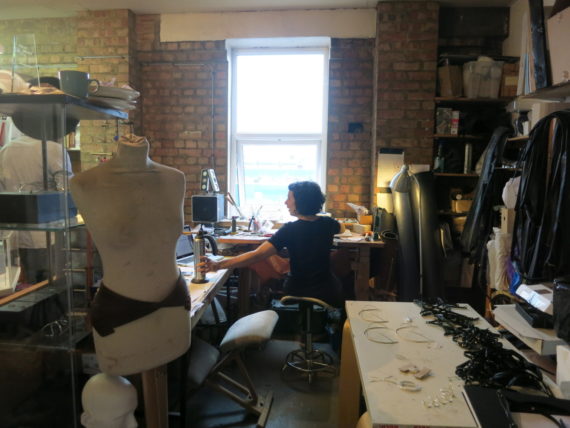 Whilst one in six jobs in London are in the cultural sector and almost a third of creative jobs in the UK are based in the capital, according to a new report released this week by the London Assembly, regeneration programmes in the city can put the capital’s cultural offer at risk.

Published by the Assembly’s Regeneration Committee, Creative tensions looks at the impact that gentrification is having on London’s cultural industries and the wider community, and specifically at how existing activities and residents may be displaced as property prices soar.

For instance, it is forecast that around 3,500 artists will lose their studio spaces due to rising costs or redevelopment by 2019 – that equates to 30% of the current studio provision in London.

Acknowledging this increasing loss of cultural venues and workspaces the report puts forward a series of proposals that the Mayor of London Sadiq Khan could take forward to counteract the threat to London’s culture communities.

Calling for a community-centred approach to regeneration, the writers of the report are urging the Mayor to publish his plans for Creative Enterprise Zones – hubs with affordable spaces to live and work. Highlighting the urgency to act, they cite Hackney Wick as one possible investment zone where creative workspaces are currently under threat from contested London Legacy Development Corporation (LLDC) regeneration plans.

Finding many of London’s statistics on the cultural sector to be out of date, the report suggests that more research is needed in order to understand what ‘affordability’ means for the creative sector. Refreshingly the report underlines existing bad practice, such as the failure of developers to provide realistically priced live-work units, and states that new development strategies to build more cultural workspaces are needed.

Proposed solutions for retaining and reinvigorating London’s cultural community include greater protection for grassroots venues and a policy of consulting with these organisations when assessing how new planning applications may impact the area.

The London Borough of Wandsworth’s new policy of requiring developments of over 100 homes to include a cultural offer within their plans is also highlighted as a potential model. And it will be interesting to see how councils respond to Khan’s proposed initiation of a two-yearly London Borough of Culture Award – the report calls for the award to be made to the borough that best promotes a sustainable vision of culture.

Speaking about the report’s recommendations, London Assembly member and chair of the regeneration committee Navin Shah said: “Culture has the power to regenerate places, but due to rising land values, running costs and reduced public funding, cultural venues and communities are increasingly threatened.”

“Regeneration must also protect and deliver culture. The Mayor has a key role to play but we also need to make sure that local communities truly lie at the heart of all cultural regeneration projects.”

Read the full report: Creative tensions: Optimising the benefits of culture through regeneration