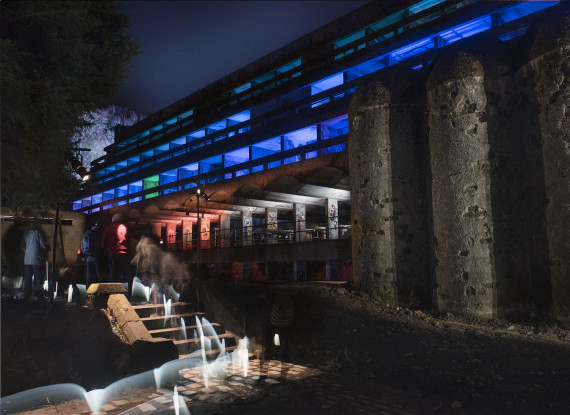 The Glasgow-based arts producer NVA has announced that it is to close in September after 25 years. It is also pulling out of its ambitious plans to transform the derelict modernist building St Peter’s Seminary, in Cardross, Argyle and Bute, into an arts centre and performance space.

NVA, founded in 1992 by its director Angus Farquhar, a former member of the band Test Dept, was one of a number of arts organisations in Scotland that lost its regular funding from Creative Scotland in the 2018-21 funding round, having previously received £450,000 over the three-year funding period.

A statement from the organisation’s board said that due to “financial and structural challenges facing the company” that were “compounded when our bid to Creative Scotland for core funding in January was unsuccessful” the decision was taken that “NVA is now not able to continue”.

Focusing on the St Peter’s Seminary project, the statement said: “In September of last year the trustees of NVA made the difficult decision to withdraw from the capital project plans to rescue St Peter’s Seminary in Cardross, due to increasing risks, both financial and physical.

“NVA’s original plan for St Peter’s was universally acknowledged as bold, with creative ambition at its heart. It was also recognised as a high risk venture for a small independent arts organisation.

“NVA has spent many years working with great passion and determination, with the support of the owners of the site, the Archdiocese of Glasgow, to save this iconic building for future generations.

“We collaborated with public and private stakeholders, the local communities and an amazing design team. Important work was done to begin to preserve and restore the building and to demonstrate the immense creative, intellectual and community potential of the site.

“However, despite our best efforts we were unable to guarantee the viable future for the St Peter’s Seminary that we had imagined and hoped for. In the end, we had no choice but to bring the capital project to an end.”

The statement adds that despite efforts to develop an alternative proposal for the site which would allow NVA to “contribute creatively to the future of the building and grounds” this had not been possible.

NVA has been responsible for a number of major and memorable public art events including 2005’s The Old Man of Storr on the Isle of Skye, and 2016’s Hinterland at St Peter’s Seminary, the launch event for Scotland’s Festival of Architecture celebrations.

Quoted in The Scotsman, a spokeswoman for Creative Scotland said: “NVA has been one of Scotland’s most creatively ambitious companies, producing ground-breaking work that has attracted national and international attention, including their ambitious plans for St Peter’s Seminary.

“We appreciate how difficult this decision has been for the board and staff of NVA and will continue to offer support and advice to all those involved.”