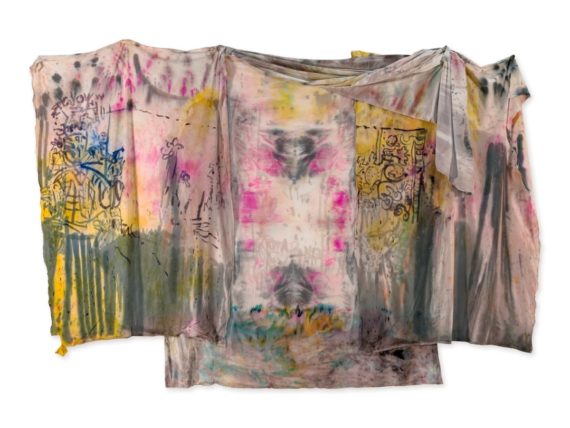 The five paintings shortlisted for the John Moores Painting Prize 2018 have been announced, with the UK’s longest-running painting prize celebrating its 30th edition and 60th anniversary year.

The shortlisted works are: Quilt by Billy Crosby; King and Queen of Wands by Jacqui Hallum; The Thunderous Silence of Your Presence by Tom Howse; GIANTS by Joseph O’Rourke and The Divide, Beyond Reasoning by Shanti Panchal.

The paintings were selected from over 2,700 entrees by a judging panel that included the artists Monster Chetwynd, Lubaina Himid CBE, Bruce McLean and Liu Xiaodong, and curator Jenni Lomax.

Himid said: “We have chosen works which seem to want to engage in many different ways – sometimes challenging and provoking, sometimes so bold they almost caused us to laugh out loud. And yet in amongst these predominantly large-scale, striking works, there are still and gentle moments which seem to overwhelm us with their strength.” 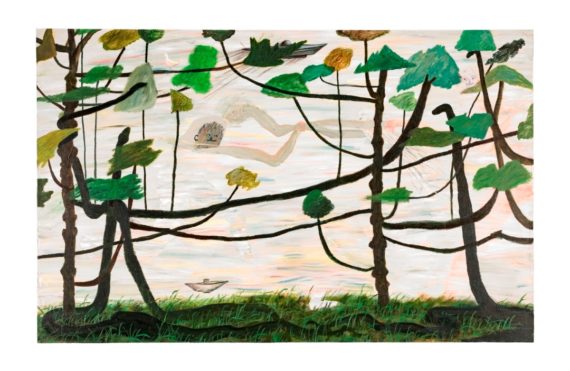 Meanwhile, London-based Tom Howse’s work, The Thunderous Silence of Your Presence, explores how ‘humans can be drawn to cosmological explanations and folklore to sooth their fear of the unknown’. 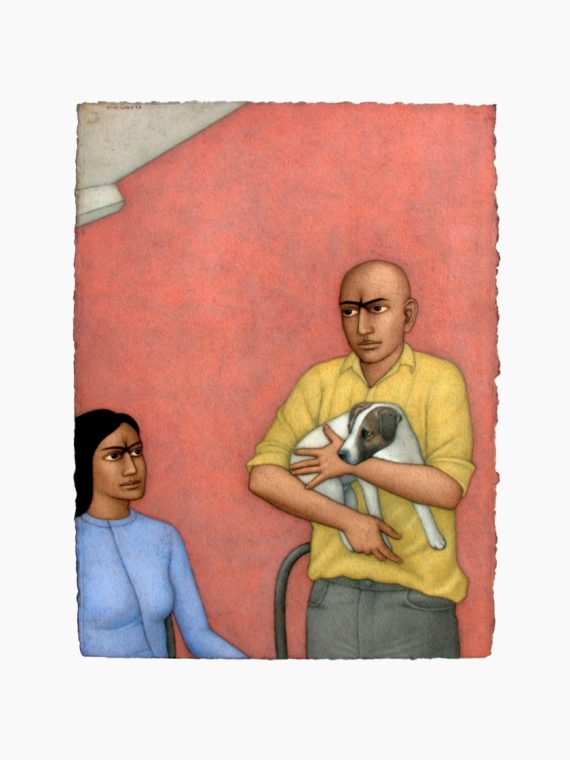 Mesar, Gujarat-born artist Shanti Panchal’s work, The Divide, Beyond Reasoning, was created by a slow, meditative process, with washes of colour painted onto the surface of textured paper. The colours were then mixed on the paper, creating a fresco-like effect. 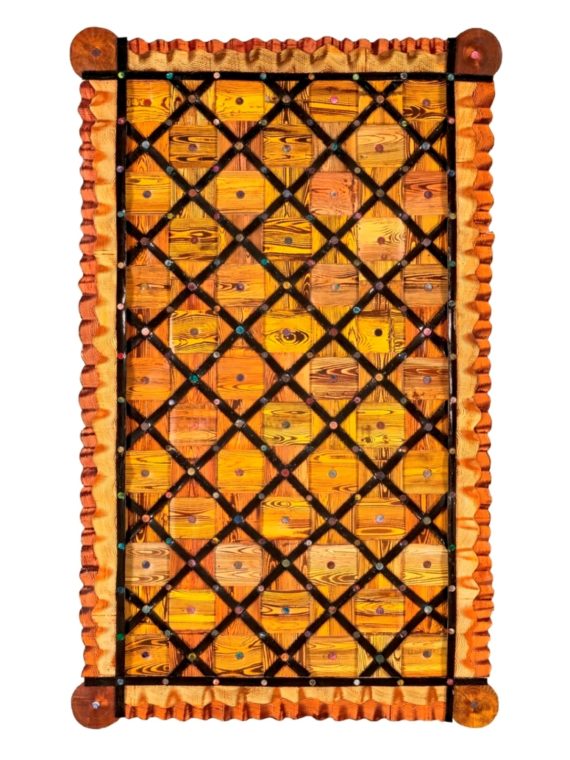 Dumfries and Galloway-born Billy Crosby’s Quilt is made from woven cardboard and foam, and is reminiscent of a padded cell door. He has described his approach as ‘weaving together differing perceptions of material and representation into a rich mush’. 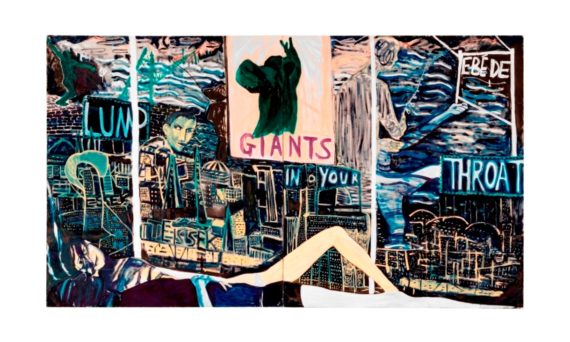 The final nominee is Nottingham-born Joseph O’Rourke. His work, GIANTS, was painted after returning from living in Budapest for six months. It references the scale of the city’s landscape, statues and monuments.