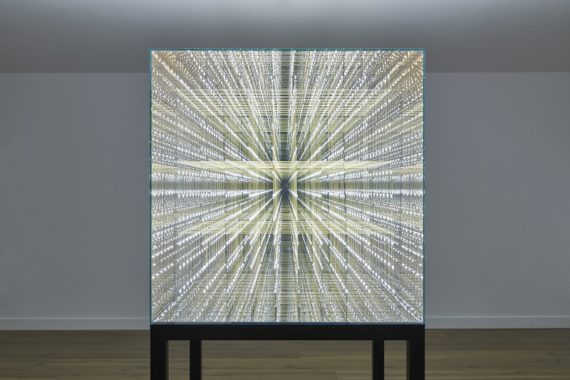 Antony Gormley, Kettle’s Yard, Cambridge
The latest exhibition from Angel of the North artist Antony Gormley fills Kettle’s Yard’s recently reopened galleries, alongside its learning studio and research space. It features a new series of works, including Subject, which offers an update on the artist’s signature figurative sculptures. Here, the human body is constructed out of numerous metal bars, meaning the internal space of the sculpture is visible. The show also includes the first UK showing of Infinite Cube II, which is made of one-way mirror glass and 1,000 LED lights which appear to repeat forever.
Until 27 August 2018. www.kettlesyard.co.uk

Life in Motion: Egon Schiele/Francesca Woodman, Tate, Liverpool
This exhibition compares the work of Austrian painter Egon Schiele (who died 100 years ago this October aged just 28) with that of 1970s US photographer Francesca Woodman, who died aged just 22 in 1981. On the surface there seems to be a myriad of differences in their work, Schiele’s large portraits painted in bold, brash colours, whereas Woodman’s photographs are much smaller and monochrome. However, what links both is the intimacy of the work, capturing their subjects in a way that moves beyond simple aesthetics.
Until 23 September 2018. www.tate.org.uk 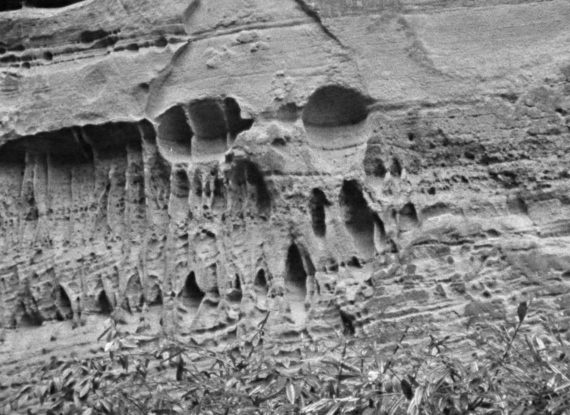 Ben Rivers, Matt’s Gallery, London
Ben Rivers’ new film is the first instalment of an ongoing project that will be developed over the rest of this year. It is divided into chapters that are defined by the months of the year in which the footage was captured, which as a whole explores themes such as time and extinction. Mixing his own footage – filmed in various locations including São Paulo, Krabi in Thailand and Nottingham – with found sound and text, Rivers’ work explores the impact of humans on the earth.
Until 3 June 2018. www.mattsgallery.org 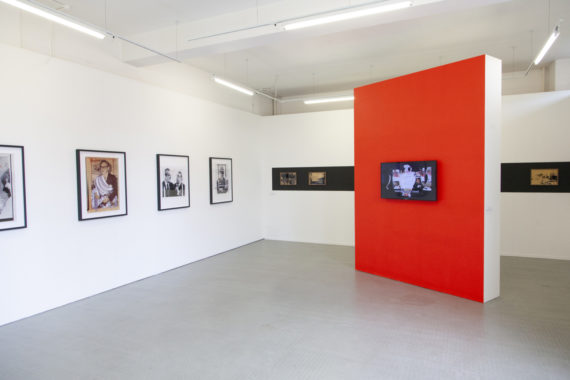 Another Spring, Phoenix, Exeter
This group show explores the current development of nationalist impulses in Western society. The six artists question how increased measures to regulate and control the movement of people across borders are the result of a ‘fear of national invasion and the economic erosion by an outsider’. Artists include: Andreas Angelidakis, Forensic Architecture, David Birkin, Layla Curtis, Kennardphillipps, and Steffi Klenz.
Until 17 June 2018. www.exeterphoenix.org.uk

Animals and Us, Turner Contemporary, Margate
Scientists recently claimed that evidence suggests humans are causing the sixth mass extinction on earth, so what better time to explore artists’ reflections on the relationship between humans and other animals. Across a wide range of media, including painting, sculpture, video and installation, the show features more than 40 artists and highlights everything from our relationships with pets, to zoos and animals as food. Artists include: Henri Gaudier Brzeska, Marcus Coates, Tracey Emin, Pablo Picasso, Kananginak Pootoogook, Paula Rego and Andy Warhol.
Until 30 September 2018. www.turnercontemporary.org