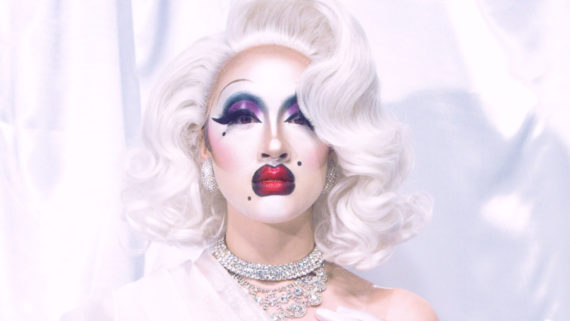 Drag: Self-portraits and Body Politics, Hayward Gallery, London
This bumper exhibition features work by over 30 artists that explore identity, gender, class and politics through drag. With a focus on photography, but with other media also on show, it spans the 1960s through to the present day, highlighting some of the major cultural shifts of the past 50 years, such as the 1980s AIDS crisis and post-colonial theory. Artists range from high-profile names like Pierre Molinier, Valie Export, Robert Mapplethorpe and Cindy Sherman, through to more recent practitioners such as Adam Christensen and Victoria Sin.
Until 14 October 2018. www.southbankcentre.co.uk 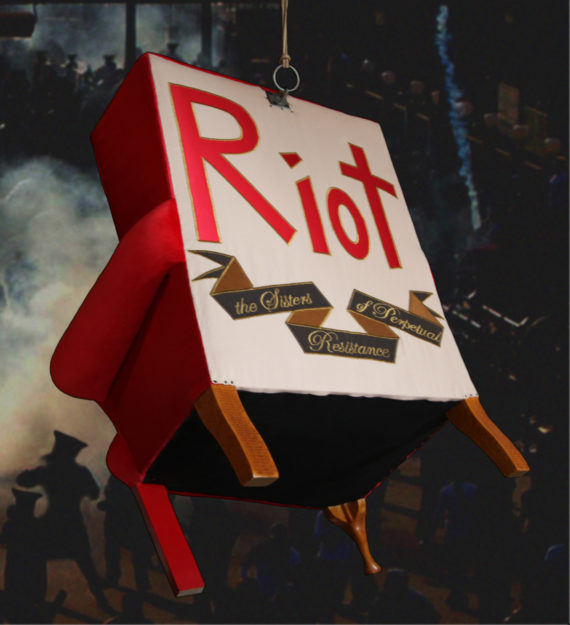 Free the Pussy!, Sciennes and War Memorial Galleries, Edinburgh
Curated by artist Tamsyn Challenger, this group exhibition includes works made in protest at Pussy Riot’s imprisonment by the Russian government in 2012. Considering several members of the group were only recently released from prison following a separate arrest, this time for staging a protest at the World Cup final in Moscow, much of the work here remains as pertinent as it did six years ago. Featured artists include Pussy Riot and Challenger herself plus Gina Birch, Judy Chicago, Billy Chyldish, Gaggle, John Keane, No Bra, Hayley Newman, The Gluts, Kaffe Matthews, Yoko Ono, Miss Pokeno, Jamie Reid, Layla Sailor, Wendy Saunders, Carolee Schneeman and others.
Until 23 September 2018. www.festival18.summerhall.co.uk

Frida Kahlo: Making Her Self Up, V&A, London
This intriguing exhibition offers a new perspective on Frida Kahlo, perhaps Mexico’s best-known artist. Renowned for her self portraits in paint, it offers an alternative take by showcasing a raft of her personal artefacts and clothing, most of which has been locked away during the 50 years since Kahlo’s death. It’s almost performative, in part due to the inclusion of some of the medicines and equipment the artist used to alleviate her well documented illnesses.
Until 4 November 2018. www.vam.ac.uk

Elisabeth Frink: Fragility and Power, Abbott Hall Art Gallery, Kendal
Abbott Hall’s summer show explores the work of English sculptor and printmaker Elisabeth Frink. It features over 50 works, including sculpture, maquettes and works on paper, and a number of works on loan from private collectors that have never been seen in public. Also on show are several of her larger sculptures, including Walking, Madonna, and Riace lll, which are located amongst the gallery’s period interiors and other historic works.
Until 29 September 2018. www.abbothall.org.uk/elisabethfrink

Viviane Sassen: Hot Mirror, The Hepworth, Wakefield
Dutch artist and photographer Viviane Sassen’s work is heavily influenced by surrealism, which is evidenced by the strange, dream-like scenes she depicts. Seeing her pictures as words that can be placed together to create a form of sentence, this show pulls together a range of her work from the last 10 years, as well as new photographs and collages. The results are what Sassen describes as ‘image-poems’, with the exhibition also including her surreal film, Totem.
Until 7 October 2018. www.hepworthwakefield.org