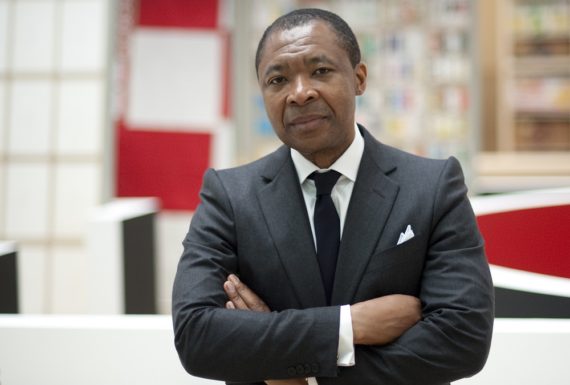 The renowned curator and critic Okwui Enwezor has died at the age of 55. Enwezor, who had cancer, stepped down as artistic director of Munich’s Haus der Kunst last year. He had joined the gallery in 2011.

Born in Nigeria in 1963, Enwezor was known for his global perspective on art, and his curatorial eye looked beyond European and American art to include  African, Asian and Latin American artists.

In 2002 he became the first non-European to curate Documenta, the quinquennial international exhibition in Kassel, Germany. He was also the first African to curate the Venice Biennale in 2015 and remains the only person to have curated both of these major exhibitions.

For the Venice Biennale, Enwezor presented ‘All the World’s Futures’, a multifaceted exhibition and programme of events that included a daily live reading from the four volumes of Karl Marx’s Das Kapital.

Speaking at the time, he said: “Capital is the great drama of our age. Today, nothing looms larger in every sphere of experience.” 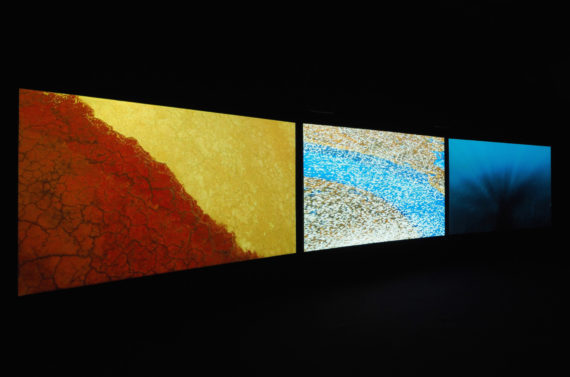 Among the highlights of Enwezor’s Venice exhibition was British artist John Akomfrah’s Vertigo Sea, which was commissioned for the exhibition.

Commenting on his death to artnet News, Akomfrah said: “Okwui was this enormously prophetic figure, wise beyond his years, whose insights – vision, if you will – literally shaped the universe many of us now inhabit.”

In a statement, Paolo Baratta, president of the Venice Biennale, paid tribute to Enwezor’s “great openness to artists worldwide, his great sense of responsibility as a curator, and his courage in promoting and defending the rationale of art”.

A statement from Haus der Kunst said: “The name Okwui Enwezor stands for the conviction that the developmental lines of contemporary art are global and multi-layered and cannot be limited by geographic, conceptual and cultural boundaries. This conviction also became the guiding principle of Haus der Kunst.”

The exhibition was an attempt to present a global narrative of art in the two decades after the end of the second world war. It included artists from countries such as Iran, Mozambique, China and Mexico alongside more well-known names from Europe and America.

The Haus der Kunst statement continues: “Okwui Enwezor understood himself as a curator, author and scholar. Most of his exhibitions were accompanied by publications. His intellectual legacy also includes the questions formulated in his essays.

“Even after learning of his illness in fall of 2015, Okwui Enwezor continued to work hard to realize ‘Postwar’ and later exhibitions. His work was his source of strength and inspiration.”