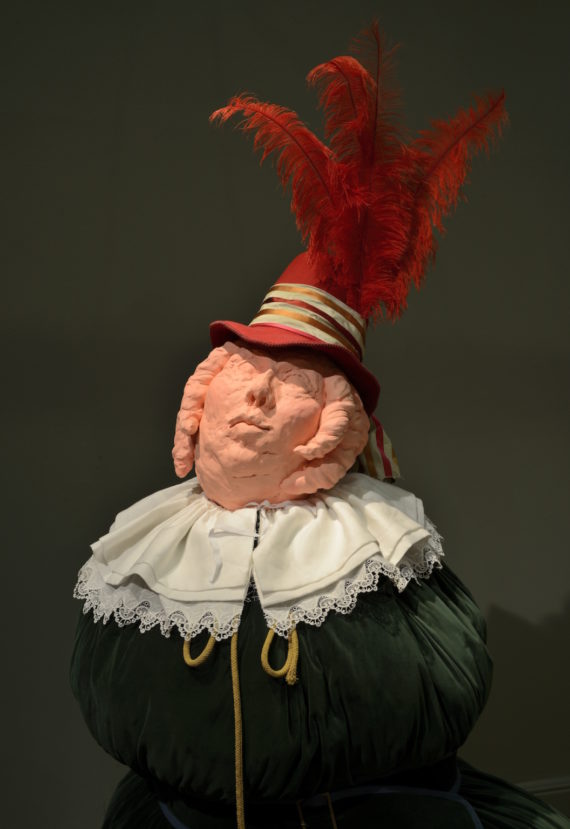 The Brighton Museum & Art Gallery is not the first place to look for contemporary art. But the Pavilion Estate, of which it is a part, does regularly inject the contemporary into these idiosyncratic and flamboyant historical buildings by commissioning and showing works from visual artists. Previous exhibitors include Yinka Shonibare, Maisie Broadhead, Geraldine Pilgrim, and now the London-based sculptor Laura Ford.

The estate includes the Royal Pavilion, home of the then Prince Regent, later to become King George IV. Inevitably, artists are asked to respond to this very specific architecture and history; the resulting work is always heavily influenced by the context in which it is made and shown.

Laura Ford’s seven new works, a joint commission with the inaugural House Biennial, take as their starting point caricatures and prints made in the 1820s by George Cruikshank and James Gillray, which satirise the excesses, scandal and buffoonery of the Prince Regent. These prints include scathing reference to the divorce proceedings of the Prince Regent from his wife Caroline, and the death of their ‘pet’ giraffe. 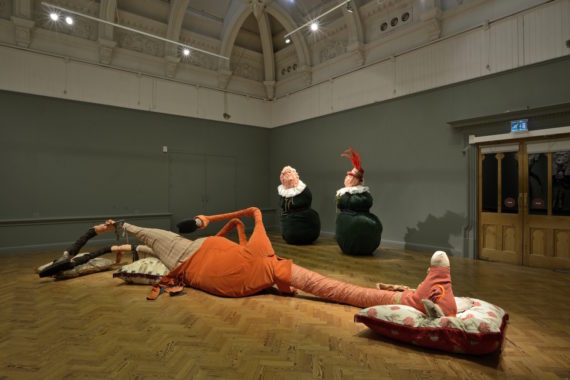 This giraffe forms the centrepiece of Ford’s new work, A King’s Appetite, which takes the form of a ‘sculptural installation’. In a tableau, the poor creature, anthropomorphically depicted in men’s breeches and jacket with spindly, splinted legs, is lying full length across the room, visibly in its death throes.

Looking on are three toadying courtiers, grotesque puppets with outsize plaster heads. Playing vigil are enormous yet impotent models of the Prince Regent and his wife, clad in green velvet ‘bags’, looking fat, entitled and self-pitying.

In a conversation between Ford and House curator Celia Davies, it is mentioned that the Prince Regent bears a striking resemblance to Donald Trump. Was this intentional? “Yes,” says Ford with a mischievous grin, “it is Trump, as well as a friend of mine’s husband! It’s the ultimate man-child.”

It is this overt reference to the current politics of excess – symbolised so completely by Trump – that brings this commission into contemporary relevance.

This link is reinforced by Ford’s other work, nestled in the shelves housing the Wallace Collection, where she has made a ceramic sculpture of a fat baby in a pie-crust crib, “over-suckling, and sucking dry” his mother’s milk. This also refers back to a Cruickshank print of 1820, depicting the Prince Regent as a man-baby being rocked in a crib.

Says Ford: “When I saw these amazing political cartoons, I thought it was incredible how much they could take the piss in those days!” 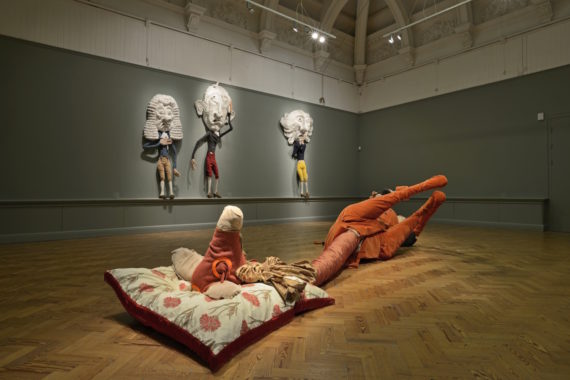 You make very large works, often lifesize or bigger. What do you want your use of the large-scale to achieve?
I usually have an idea for a piece and I make it whatever scale it needs to be to have the effect on the viewer. In a period when I was struggling to make ends meet, I was also teaching yoga and it was the most helpful thing for my work because it helped me to read bodies; where people held stress, and whether they felt comfortable. Subconsciously you read their emotional state. I make a piece that is just a little bit smaller and it might make you feel a bit protective, a bit tender towards the piece. I manipulate scale in that way. Yesterday I was about to dress a sculpture with clothing and realised the sculpture was slightly too tall, which meant that the audience wouldn’t feel protective towards the work. They’d have been freaked out instead.

What did you do?
I’m going to have to make it again, or use it for something else. It might become a bear!

So you make some really fine judgements?
Yes, my works are quite intuitive. For a long time, working intuitively in the arts was seen as quite bad, but I think it’s important as long as you reflect on what you’ve done. That tendency also happened during the feminist movement, where you felt you had to have complete control over what you were presenting to the outside world. It was all about deconstructing images and understanding messages then. You weren’t supposed to give the wrong message. There was a line you felt – I felt – you had to take. 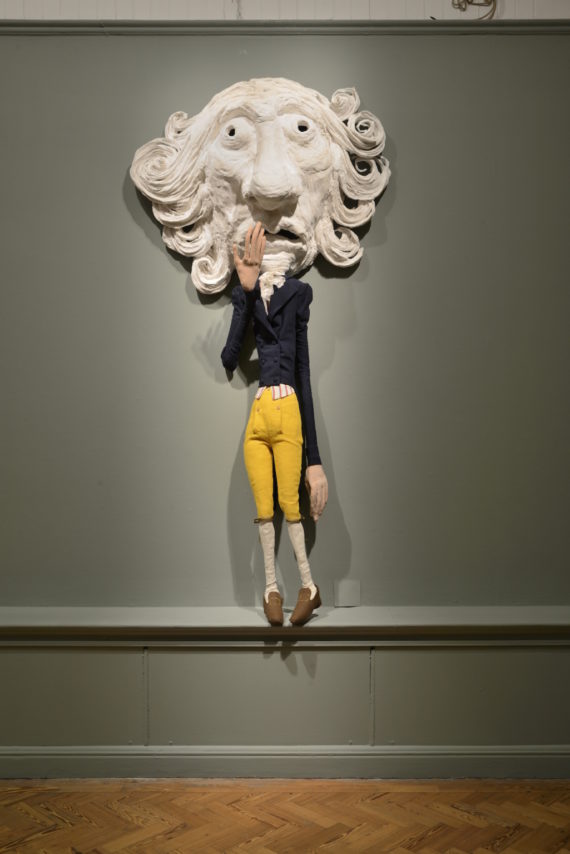 How has that changed now?
As female artists we don’t have to be quite so defensive. Which might also come from having practised for a long time and knowing what I’m interested in.

Your works combine the playful with the grotesque, vulnerable and unexpected – what are you expressing with these juxtapositions? Where does the grotesqueness and vulnerability come from for you?
Having children was a massive influence on me. There’s always that discussion, that once you’ve had children your creative juices will shrivel up. But it was the opposite for me because in a way you revisit your past. You’re doing the kind of things that you were taught by your parents and you start to question and see it from a different perspective. You watch children play and move quickly from one idea to the next and how they delight in doing that. But as soon as my first child was born I thought, oh God, I’ve never felt so vulnerable. Suddenly the world seems incredibly cruel and you feel you want to protect your children but you know you can’t.

It’s quite easy for vulnerability to tip into pathos. How do you avoid that?
It’s very important that my audience has an emotional response to the work, and can feel it physically. But you’ve lost your audience once you tip into pathos. I’m quite interested in watching people and posture, and how people behave to be liked or to be hated. And then I reproduce it. At the time of various London bombings I started looking at knights in armour and twisted metal. There was this ambivalence about the thing that protected them also being the thing that smashed them up. If the audience spends time with the work then other responses can come in, but I would like it to start with the emotional response. 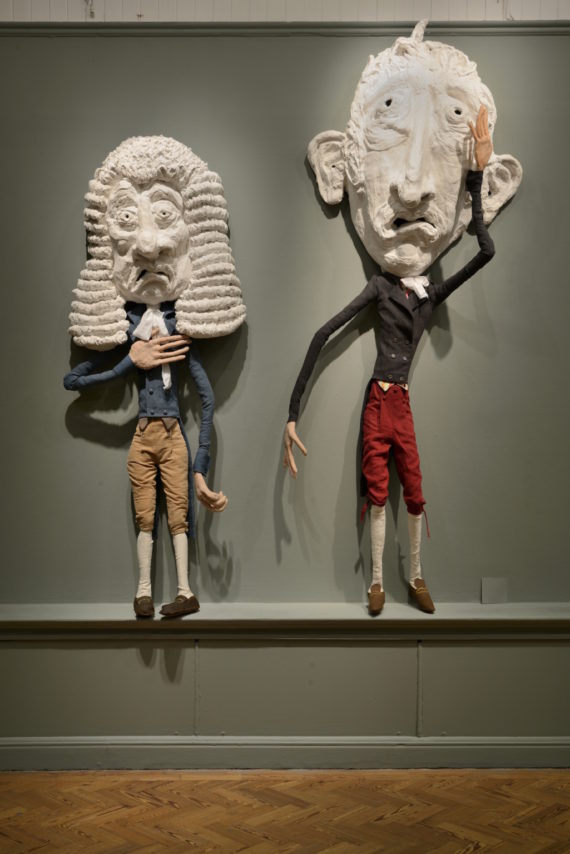 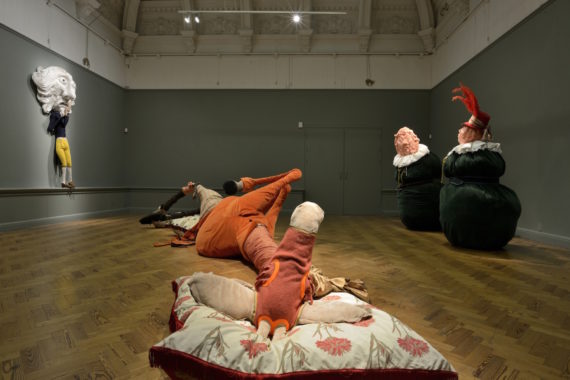