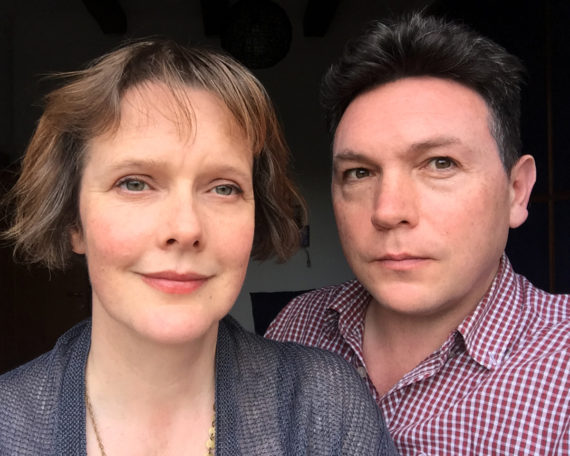 The event’s wider purpose is to be a catalyst for a stronger creative scene in the region, making it possible for more artists, designers and makers to stay and thrive there. Most of the exhibiting artists and designers share strong connections to the north east of Scotland.

Both Craighead and Thomson have strong links to Aberdeen. The former was born in the city, living there until leaving for art school at the age of 18. In addition, a number of Thomson’s family including his father are from Stonehaven, Aberdeenshire.

Inspired by Aberdeen Harbour, Thomson & Craighead’s work, Control Room, is on show at Peacock Visual Arts alongside existing artworks by the pair.

Aberdeen is known for having some of the oldest and most complete archives in the UK, with some dating back to the 1200s. How did you utilise these?
JT: We spent last summer researching the Aberdeen Harbour archives where we found three carousels of 35mm slides, which had originally been part of a corporate audio-visual presentation most likely made during the 1980s. There were no sound recordings or documentation with the slides and so we created our own fictional account to accompany the images.
AC: We created a voiceover that speculates on the events, times and places the images describe. They are presented in an endless sequence that is randomly organised, which raises questions about the factual content of archives.
JT: It’s part interrogation and part therapy session, with the dialogue never really concluding. In a way we are creating a kind of triangle between the viewer, the interviewer and interviewee, and the images that are being seen. The meaning sits somewhere between those indeterminate elements. It has the feel of trying to reassemble a story after some dystopian event.
AC: Yes, it almost has the feeling of early BBC sci-fi!

Do you think this it particularly timely, especially considering current debates relating to so-called ‘fake news’?
JT: Our slightly academic interest in archives is certainly amplified by the current context in which ‘post-truth’ seems to be feeding populist politics. In the case of our artwork, it has already unfixed itself. You can make a pretty good guess that the visuals are a couple of decades old, but by making the work generative and slightly distorted we want the viewer to think about the way archives themselves distort the artefacts that are held within them. In essence, everything is shifting in terms of its factual basis.

Another work on show during Look Again utilises social media content and transfers it into a physical realm. How do you think our increasing use of technology is affecting the way we live our lives?
AC: For Aberdeen Wall we’ve been taking people’s tweets, within a three-mile radius of the gallery, and turning them into fly posters. It’s almost a documentary narrative of the city using geotagging. An unwitting collaboration with the tweeters of Aberdeen.
JT: I think it’s fascinating how much of our current information in the world is digital. And how unstable that is. On the one hand, online it’s almost impossible to delete something that you might upload, but at the same time everything could vanish in one huge electronic magnetic pulse.

So are you advocating for physical archiving over digital?
JT: Strangely enough we had an incident at our studio a few years ago when it was flooded. All our physical records were destroyed but the computers, which were in storage containers, survived! 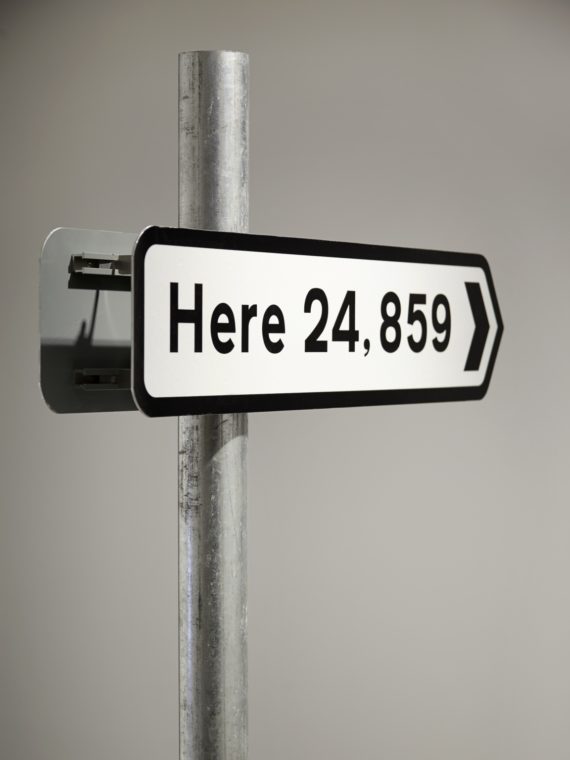 You split your time between London and Scotland. How does this benefit your practice?
AC: Living in the highlands of Scotland has given us the time and space to really think about our work. When we are there the pace of living is slower, but it actually allows us to focus really intensely on what we are doing. It’s incredible, actually.
JT: We still have a foothold in London and we both lecture there. I do feel like we are very fortunate.

Do you think this is a realistic model for emerging artists?
JT: It was dumb luck in that we are of the right age to have bought before prices increased dramatically. We are what you might describe as ‘mid-career’ artists who managed to buy a small flat-cum-studio in the city 12 years ago. I really feel for younger artists who aren’t as fortunate. A lot can’t even afford to rent in London let alone buy a flat.
AC: I think it is devastating for London. 20 years ago there was so much more variety and this was related to the sheer number of artists. All we will be left with is a monoculture. The crazy thing is, the exodus of artists is actually cutting London’s economy because it is removing small businesses. That is what artists essentially are.

Could this have a positive impact on other areas?
AC: I can think of a number of other fantastic cities that artists are moving to: Newcastle, Birmingham, Leeds, to name a few. One of my favourite places is Glasgow. There are lots of fantastic artists moving there who contribute a lot to the city.
JT: One of the great things the Look Again Festival does is make Aberdeen attractive to other artists. If you can show that there are opportunities then artists will certainly come. Offering such a dynamic showcase of what the city has to offer is a model other places could learn from.

Are there any plans to exhibit Control Room elsewhere?
JT: By its very nature the work is associated with Aberdeen, but it was designed to have a certain degree of autonomy which means the context would simply change by moving it elsewhere.
AC: After this we are exhibiting at Frieze New York with Carroll/Fletcher, and we are also currently in a group show in Birmingham called ‘I Want! I Want!‘.
JT: I feel like we need to take some time and work out exactly what Control Room has achieved before we re-exibit it. It might be that we simply use the structure of the work moving forwards.