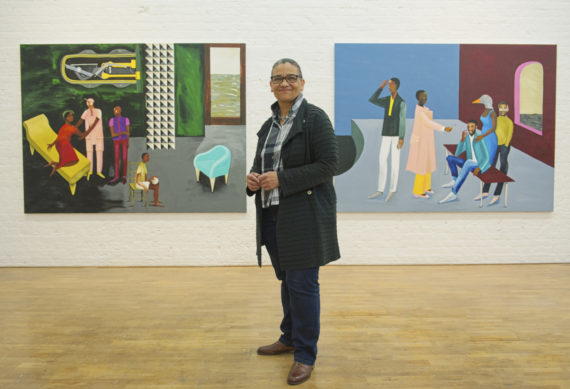 The artists Lubaina Himid and Rose Wylie, and Liverpool Biennial director Sally Tallant are among the recipients of honours on this year’s Queen’s Birthday Honour’s List.

Himid, who won the 2017 Turner Prize, is awarded a CBE for services to art, topping off an incredibly high-profile couple of years which have seen her presenting major solo shows and commissions both in the UK and abroad. Her show ‘Our Kisses Are Petals’ is currently showing at Baltic, Gateshead until 28 October.

Having first come to prominence in the 1980s as part of the Black British Art Movement, Himid’s work has always explored the black British experience and the black diaspora, challenging media representations and the historical narrative of western colonialism. 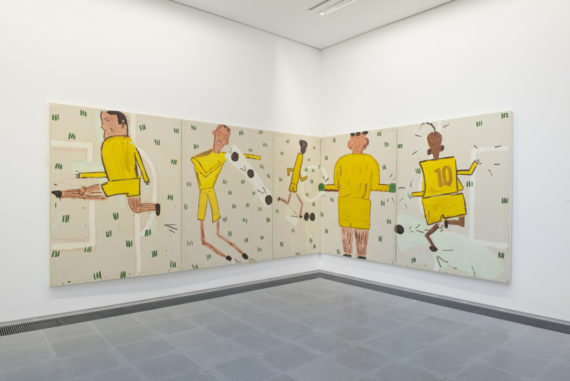 Octogenarian painter Wylie has also been awarded an OBE. She has enjoyed a recent resurgence of interest in her work, winning the John Moores Painting Prize in 2014 and receiving a major solo show at the Serpentine Sackler Gallery, London in 2017. Her bold, colourful paintings brim with mischief and energy.

Tallant receives an OBE for services to the arts. She joined the Liverpool Biennial as director in 2012, a few months before that year’s festival. She was previously head of programmes at the Serpentine Gallery. For the 2014 biennial she moved the festival to an earlier start date in July, where it has remained since. This year’s Liverpool Biennial runs from 14 July to 28 October 2018 and is titled, ‘Beautiful world, where are you?’

Also included in this year’s honours is Ingrid Swenson, director of Peer in east London. She receives an MBE for services to the arts in east London. From its beginnings as a short-term curatorial project 20 years ago, Swenson has established Peer as a small but influential gallery and contemporary art organisation which in 2012 became an Arts Council England national portfolio organisation.

Others on the Birthday Honours List include Dr Charles Saumarez Smith, secretary and chief executive of the Royal Academy of Arts, who has been knighted for services to ‘art, architecture and culture in the UK’, and the historian Mary Beard who has been made a Dame.