with a need to finish this project soon, i’ve had to work on it again today.  working at home while the family are around can be a challenge if the work i’m doing requires a lot of attention.  fortunately for […] 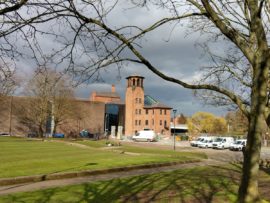 when i bounced around on the first day of the residency talking about me and my work i really didn;t expect to be actually working on realising the re-imagined snee snaw. on the first day i was hyper with nerves and […]