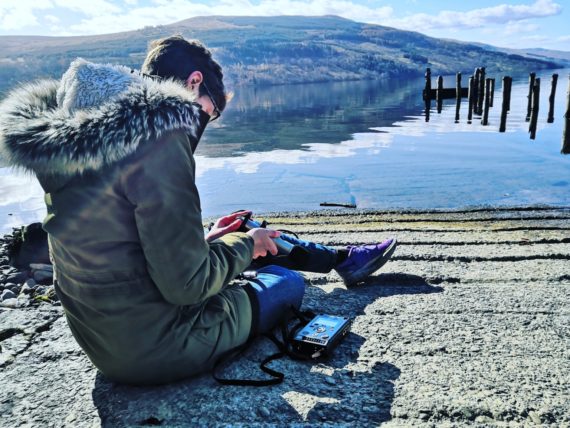 Part of my research during the residency has been to explore the place of ‘erasure’ and ‘negation’ within artistic activity and within the art work that is researched and created.

Within my work, the Everyday is translated and experienced through language, speech, playfulness and games. I also explore the unexpected or eerie within sound and artistic activity, with a focus on spoken word and the power of quasi-fictional narratives to create meanings and communicative forms. Professor Michael Sheningham (2007, re-printed in Johnstone, 2008, pp. 143) discussing creativity and the everyday, states that:

…we invent our own unofficial everyday through the improvised ways in which we go about our daily activities…if we want to draw attention to and acknowledge the everyday, we need to simulate and stimulate the dynamic creativity that is inherent in the practices that constitute it…

Sheningham (2007, re-printed in Johnstone, 2008, pp. 143) also discusses how ‘everydayness’ occurs not through repetition, but through imitation and diversity of practice and uses the term ‘sphere of invention’ to highlight the ability of this approach to generate a multitude of creative responses to a sometimes, too familair and overlooked subject matter.

The idea of simulation that Sheningham discusses is pertinent to this research. The everyday has an innate familiarity as we feel that we may have experienced something like this previously…but not quite. There is a certainty and expectation to our anticipation of events and how these will occur and an artistic response to this concept frequently serves to disrupt our expectations and the expected order of things. This leaves us questioning what we have just experienced, and our place within the artwork and the wider world itself. This serves to highlight the un-familiarity that the everyday can present, within the confines of the familiar, and it is this juxtaposition that many artists find endlessly fascinating and a powerful way to question the world around us.

How does this link with this residency?

I’ve been learning about the ancient people who lived on the Loch and some elements of what the museum thinks were part of their lives. One concept that has been key to linking my use of Erasure with this community is the idea of ‘lost objects’.

It’s thought that much of what has been uncovered from the crannog is in fact, waste or discarded objects that were thrown over the side of the structure; essentially the communities rubbish. What we now hold precious and research to find out about these people may in fact, have had no real use or significance to them! There are some objects that are important and these may have been dropped from the building by mistake, before floating down to the loch-bed to never be seen again.

So for me, instead of activity using ‘erasure’ as a conceptual methodology in the sound work created for the residency, I have been referencing the ‘erased and lost’ objects and histories of these ancient people.

The performance piece I have discussed in my previous post had a more direct methodological link to using ‘erasure’ to construct a creative piece of work due to this practice being directly applied to the development and live duration of the piece. 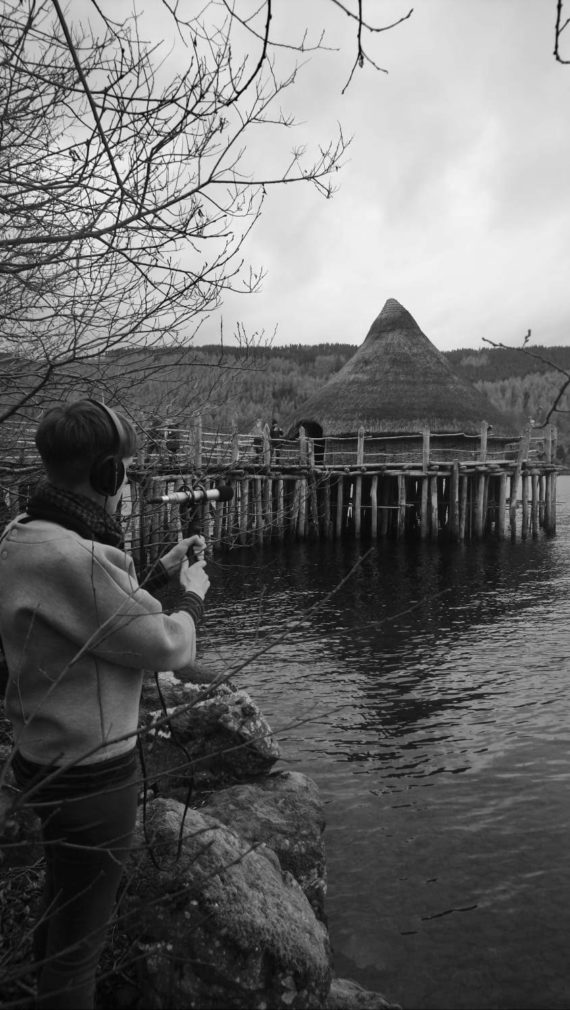 The confrontation with the object

In re-enactments, you are transported completely to another place and time. There is no trace of the present there. Art practice can explore this trace; essentially discussing the passage of time to create a new interpretation of this period of transformation.

My research focuses on how artists’ create and construct communicative contexts within practice. Focusing on sound, my work observes human interaction and activates spoken-word, with original narratives being questioned and new, quasi-fictional narrative constructed/composed.

Exploring ‘erasing’ as a methodology, my experimental approach takes the form of digital recordings where much of the content is deleted, leaving digital fragments or ‘traces’. These traces are then used to create and compose meanings.

How Does This Relate to The Scottish Crannog Centre?

I’ve learned a few fascinating things so far during my time at the crannog centre.

I see my use of ‘erasing as a creative method’ and ‘creating traces’ of language and/or sound as a way to further link my work with the above discovery at the Crannog. I also see this as a conceptual method that I can explore in the piece I will outline below. 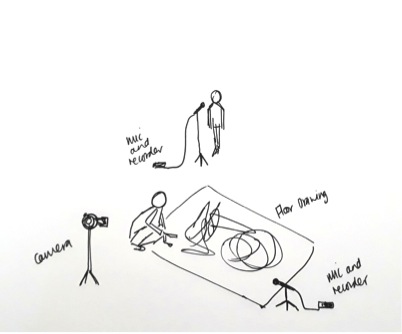 Narrative discusses object in question in the first person (I am) (eg. size, colour, texture, material, age, location, use or speculated use).

Object is one from the Crannog Centre’s collection of discarded and lost objects.

Narrative is repeated, with each repetition ‘deleting’ a word/words.

Narrative is repeated until there is no spoken word/text left, silence.

Performance is documented through digital sound, video and still photography.

I am thrilled to be working as the Artist in Residence at The Scottish Crannog Centre this Spring. The post is supported by the SGSAH (Scottish Graduate School of Arts & Humanities) and will run from the end of January to the end of April 2019.

Traveling back in time 2500 years is an exciting prospect for any artist! I am interested in the idea of ‘traces’ and ‘fragments’ and how an artist can use these leftover pieces to create new work. I see this method as a way to further explore the ‘traces’ left behind from the Iron–age community who lived at the crannog, using facts, objects and our imagination to aid this interpretation.

Over the residency period, I will be developing new artwork and aim to develop a digital artwork using sound recording and musical composition to create a pieces that reflects interpretations of life at the crannog. I hope that this digital audio piece can be installed at the museum. I also plan to developing a performance-based piece using sound, text and drawing to be presented as part of the residency outcomes.

My research and investigation into this topic focuses on how we, as artists’, create and construct communicative contexts within practice. With my focus on sound, my practice-based research will question how artists create and present communicative forms and how these are expressed and presented through artwork. This work takes the form of recorded speech and observed human interactions where the original narrative becomes questioned and a new, quasi-fictional narrative ‘constructed’ by the artist through digital sound post-production, the creation of artworks and the display of art installation pieces. The original is always referenced, however the viewer is experiencing a new form of this narrative.