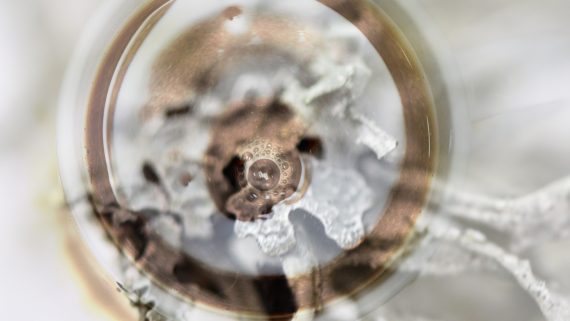 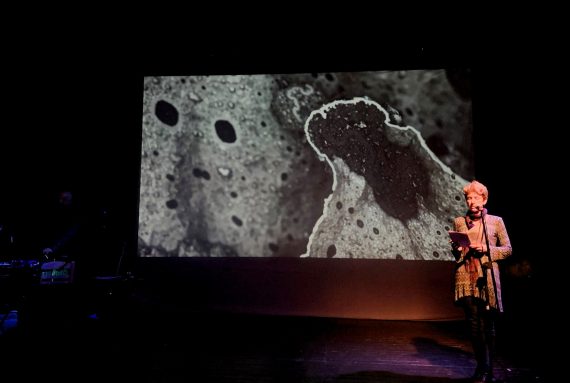 Earlier in the year I was invited by the organisers to take part in the 8th International Video Poetry Festival in Athens, Greece. My work was shown as part of the Poetry + Video programme curated by Marie Craven. But as well as the film programmes there was an extensive programme of live performances and readings.

As part of my invitation I was asked – is there anything I’d like to perform live? EEEK!!!! That didn’t feel like me. However, I persuaded myself that this was a perfect chance to start and tried to convince myself to give it whirl. I then became extremely stressy about the whole trip, the travel and accommodation and all the extraneous details  – I think I was just diverting my nerves onto something else.

I had the new writing inspired by Tilly Losch – 3 pieces, and a short piece that I had created during a workshop with the Desperate Artwives called ‘Space Negotiations’.

The Tilly Losch pieces had been created with the thought that they may be films in the future, while Space Negotiations was created alongside a floorplan ‘drawing’. 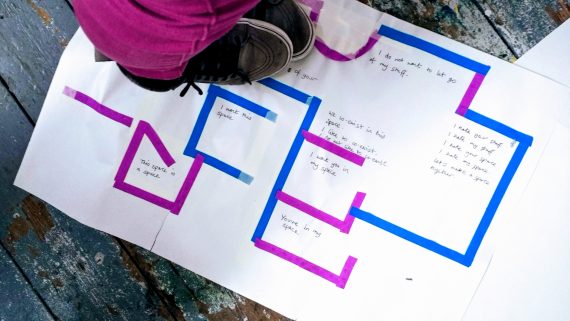 Performing this writing was ‘not part of the plan’ when I began them. But on my own, and in my working with my mentor Rosalind Davis, I need to develop more of a spirit of experimentation, and this includes experimenting with presentation and trying things out in different ways whether they work or not. I find that presenting something is the best way to be able to stand back and evaluate it.

I like to get things over and done with – whether its the dentist or doing something new. So once in Athens I volunteered to go early in the evening. However, this meant I didn’t know how the event would be run and was unprepared for the live VJ images and sound that accompanied the live readings. I pressed on regardless and I tripped on the mike (of course!) and fidgeted a little (I tried not to). But it was enjoyable. It was interesting to focus on only the words and consider their effect. And to sit back and later consider how others made their performance more successful than mine.

And – having done this in a very low-key way – it was exciting to reflect on the multi-media pieces that were presented, and how these might inform my approach to my work.

These included a live performance of Floodtide by Ian Gibbins – in this piece Ian looks at how a city copes, and what it looks like, after years of drought, rising sea levels, relentless storms. Filmed in Australia it shows an only-slightly futuristic vision of a flooded urban landscape –  achieved with video compositing. Ian has different versions of this film – a version to be performed and a film that can stand-alone. 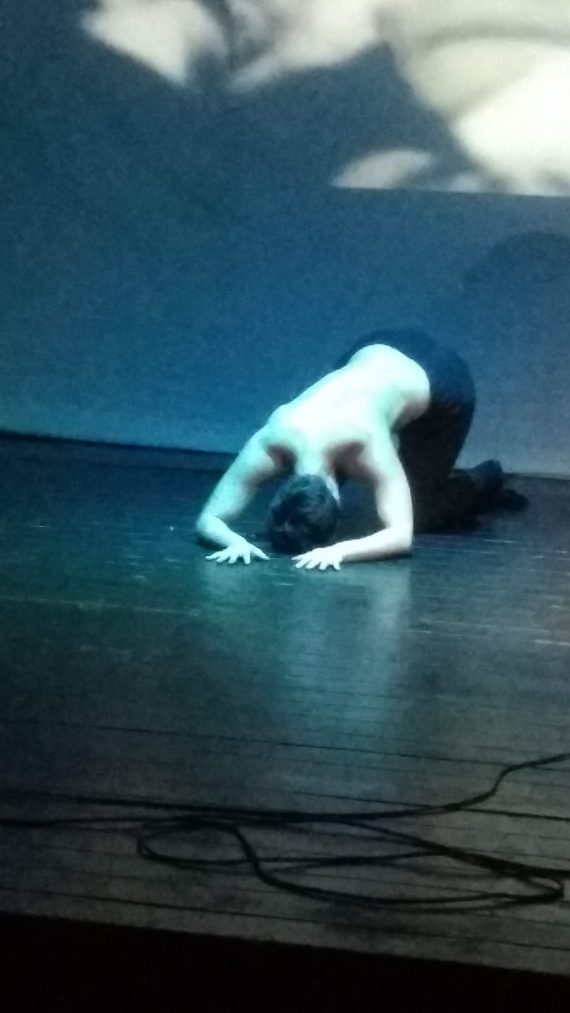