I went over the Penistone today to meet with the Penistone Arts Week team. We have been discussing the possibility of launching the newspaper during PAW and also screening some films related to mental wellbeing as part of our launch programme. It was great to meet everybody and they were also keen to hear about my rubbish practice as well!

It’s still early days in planning but a really positive meeting in a beautiful part of the country! 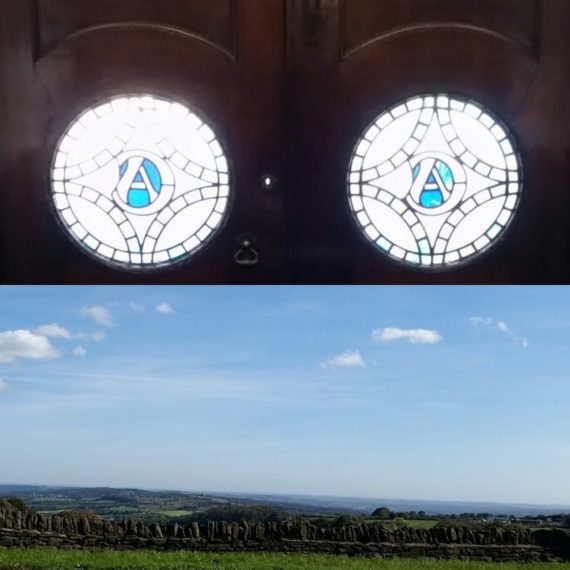 I went to The Other in Mother seminar yesterday about perinatal mental health and saw Sarah Greaves installation of manipulated objects representing diverse experiences of maternal transition.

“Artist Sarah Greaves has been working with women who are recovering from postnatal depression, creating a Library of Objects on social media from women all over the world and interviewing perinatal health professionals to research the psychological impact of becoming a mother.  In response to her research, Sarah has created an immersive installation of manipulated objects representing diverse experiences of maternal transition.”

The seminar commenced with Sarah’s introduction to her research and work. She cited that the highest cause of maternal death is suicide and that perinatal mental health is a “silenced experience”. With a group of mothers she reviewed the art works in Manchester Art Gallery for the portrayal of mothers. She focussed on “maternal transition” and has created a library of objects that mothers have made and sent in. The objects Sarah has created are altered hybrid ‘transitional objects’ that she hopes will illustrate the varied maternal transitions.

Vanessa and I ran a workshop at the Live Art Cafe at Creative Recovery Barnsley last night. we sourced some discarded magazine, leaflets and train time tables, bought some A4 card, glue and scissors and printed the word CHANGE several times as a focus word.

We had a really good response and some excellent conversations with the people there. Many people chose to take their poems home (we took photos and name credits) and the rest we’ve scanned in – all to be performed on the Penistone Line trains for our event Interchange. There is also an open call live at the moment for anyone to send us their poems to perform.

Vanessa and I set up Dwell Time in memory of our friend who took his life last year. He had made many previous attempts and talked candidly about his attempts and his highs and lows of bipolar and depression. He was receiving professional support too. This project came from his request to us to make an art project and raise awareness about mental health (with specific focuses depression, bipolar and suicide in young men).

Quite clearly someone in crisis and contemplating suicide is not ok. There’s been a big awareness campaign #itsoktonotbeok and Andy’s Man Club’s #itsoktotalk The awareness campaigns promote talking about feelings and reducing stigma.

More facts and figures from IASP

“Reaching out to people who are going through a difficult time can be a game changer. People who are feeling low or suicidal often feel worthless and think that no-one cares. Small things like hearing from friends or family, feeling listened to or just being told that ‘it’s ok to talk’ can make a huge difference.”

We will try and cover some of these things on our radio slot, as well as what’s happening with Dwell Time, and we have also been asked to make a playlist of six rock and roll songs.

This is not the final playlist for our radio slot but a couple of classics *TRIGGER WARNING*:

Disturbed – Inside The Fire

A Perfect Circle – The Outsider