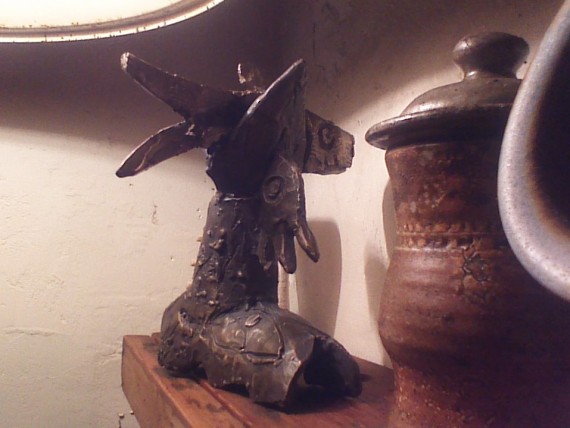 Many thanks to Beth McIntire, Senior Curator Prints and Drawings, and Nick Thornton, Head of Fine and Contemporary Art, for giving up their time to show me the stored works on paper, prints and fantastic drawings by Gaudier-Brzeska. Since then I have been reading Mark Evans’ and Oliver Fairclough’s introduction text to the Companion Guide to the National Art Gallery published in 1993. It tells us the new National Museum got its Royal Charter in 1907 (as Wales’ aspirations to nationhood and Cardiff’s towards being a capital city strengthened). The Cardiff museum and library were held in the Trinity Street building and collections wouldn’t transfer to the new Cathays Park site till 1922. 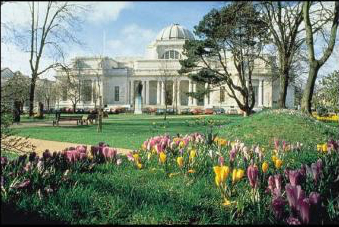 The first Assistant Keeper, David Baxandall, appointed in 1928, was a friend of Jim Ede. Ede had been born in Cardiff and championed and collected Gaudier-Brzeska. Apparently the first Gaudier-Brzeska work, a drawing, was given to the Museum by another new organization – the Contemporary Art Society for Wales (they’ve got a couple of my drawings too!) in 1936.

From Evans/Fairclough’s text; ‘A friend of Baxandall was Jim Ede (1895-1990), the Cardiff-born curator and authority on contemporary art, best known for rehabilitating Gaudier-Brzeska’s reputation and founding the Kettle’s Yard Gallery in Cambridge. In 1940, a year after his promotion to Keeper of Art and shortly before joining the RAF for the duration of the war, Baxandall mounted an exhibition from Ede’s collection of Gaudier-Brzeska sculptures and drawings.’

So when Henri was in Cardiff in 1909 the National Museum had just been conceived but any art or natural history collections he saw would have been in the Old Library in Trinity Street. This was roughly mid-way between his lodgings in Roath and Victoria Park where he reportedly drew the animals in the children’s zoo. 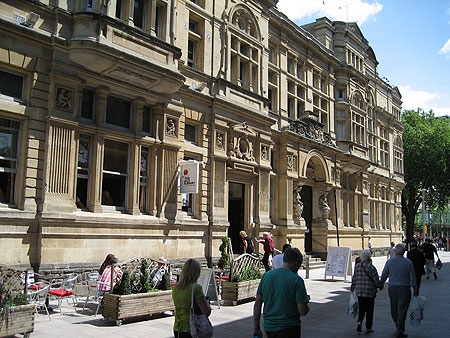 Today NMW has a very good holding of Gaudier. In Gallery 14 last week the south end shows an Eric Heckel of 1909, which is significant in that after Henri’s stay in Cardiff in 1909 he travelled to Germany and was introduced to German expressionism. At the north end of the gallery (in a case with a recent purchase of the Derek Williams Trust, the much later Picasso ceramic jug/owl and opposite contemporaneous works by Gwen John and Derain) are; (all photos of Gaudier Brzeska works courtesy of National Museum Wales)

Mademoiselle B NMW A 316

African-influenced with angular heads and over-sized arms – another of Brzeska’s maquettes for garden ornament related to the plaster in Tate Liverpool and another (is it in Kettle’s Yard?)

In pencil, thick soft light line on greyish paper, the style looks 1914 to me, looks a bit like a giant mechanized creature and a little deer, or an alternative title, man and dog? In fact looked at portrait format (correct way from the signature) looks like a man and dog, in landscape format more like a lion and horse, in subject matter it could relate to newly discovered cave paintings in France, or to Vorticist machine-dynamism of Epstein and others.

The Wrestlers    NMW A 27752, signed H Brodsky 5/50, so Horace Brodsky printed it and the other copy in NMW which is no. 5/50. They are both beautiful linocut prints with a heavy black ink and clear edges to forms. This is one of the most famous Gaudier images and on the cover of my copy of Ezra Pound’s A Memoir of Gaudier-Brzeska.

“Sculpture consists in placing planes according to a rhythm”

2015 marks 100 years since Henri Gaudier-Brzeska died aged 23 in the First World War. His sculpture and drawings reveal an artist constantly experimenting as he sought to capture through art the energy he saw in life.

Kettle’s Yard has one of the largest collections of works by Gaudier-Brzeska including two strikingly different sculptures of dancers, from which the inspiration for this exhibition comes. New Rhythms explores the pre-war London in which Gaudier-Brzeska lived, with its burgeoning dance scene including performances of the Ballets Russes, the explosion of dance forms like Tango and the growing popularity of wrestling.

Supported by the Henry Moore Foundation

We were meant to see a performance by Wicked Fish Theatre in Liverpool Museum last Saturday but went on the wrong day! However went with S to Tate Liverpool for an evening visit and saw two Gaudier-Brzeska works on view on floors 1 and 2. Part of the DLA Piper series; Constellations, the idea being that seminal works form part of constellations of works with linked themes or inspirations. Floor 1 had the excellent pastel drawing of Sophie Brzeska by Henri Gaudier-Brzeska (colour plate I Gaudier-Brzeska, Silber T&H), full of colour and rhythm, in a group including Matisse, Picasso and Modigliani (temperamental connection there perhaps).

http://www.tate.org.uk/whats-on/tate-liverpool/display/dla-piper-series-constellations
The pastel was framed and shown in a glass box so you could see the various labels on its reverse side. The Malevich of the Woodcutter with Women in the Church on the reverse was shown the same way in Tate Modern last summer. Doubt if Gaudier ever saw a Malevich but this pastel also recalls Van Gogh’s portraits and the communal interest in Japanese prints – linear, flat, but with rhythm, mark, decorative pattern and strong colour. Shows that an artist who is known for his influence in sculpture also made great coloured work and drawing although he decided he was a sculptor – mass, light and planes….
On floor 2 in a case was a medium-sized sculpture in plaster, a maquette for a garden urn, one of two that exist. This is the taller one with a deep bowl and has an African-wood-sculpture influence especially in its 6 legs. It’s always a transformation when work in one medium inspires a response in a different medium, such as when wooden architecture inspires details in stone architecture. In this case a wood carving tradition is reinterpreted in plaster and via Brancusi (another sculptor from a wood carving tradition – Romanian). The next transformation would be to a large stone carving commission which was never completed – Silber says the stone was purchased but was too hard to work and rested in the yard of the Gaudier workshop (would this be the one in Putney?) In any case Henri went off to the front in late 1914. The supporting legs seem a little like the legs in the National Museum Wales sculpture Two Men Holding a Bowl which is also definitely African influenced and perhaps Easter Island and other what used to be thought of as ‘primitive’ traditions. Gaudier described this as ‘a study of the primitive so that I may carve stone with more purpose’.

My aim in this project is to study Gaudier’s sculptures so that I can make sculpture with more purpose. It also sets me off studying Epstein and Archipenko (4 years older than Gaudier and shared a studio in Paris with Gaudier and Modigliani).

Next week – to National Museum Wales Cardiff to study some of their Gaudier holdings including the Two Figures and Bowl ….