The Manfred’s management asked me to get back at the beginning of November to check their schedule for the Sage Gateshead gig this month (29th). I duly enquired, hoping that nothing problematic had happened since we last had contact. Thankfully, I got a speedy reply asking which of the band members I would like to interview.

They all have a story to tell I’m sure, but for my purposes I particularly want to chat to the original members of Manfred Mann – Paul Jones, Mike Hugg and Tom McGuinness as they are the guys in the Rink Ballroom photo taken in the early 60s. In fact, like the Stones and the Beatles it’s their 50th anniversary as well. I’m thinking neither of the former would have been so generous with their time as the Manfreds. In fact they have one hell of an impressive back catalogue of hits themselves.

I have 30 minutes with them, for which I am very grateful (and a tad nervous about). Over the years I’ve met a few famous musical faces, as I have played in bands myself. Monsters of Rock like Rolf Harris who we supported at Blyth cinema… and the Patti Smith Band who we played with at CBGB’s in New York many moons ago.. oh and supporting the memorable Gino Washington in concert – in Consett! (County Durham).

Enough of the name dropping, but I mention it because browsing the various photos of now legendary bands playing the Marquee in the sixties, incuding Manfred Mann (I played there in the early 80s New Wave)… only serves to make me acutely aware of the massive gap between my tiny experience of that world and theirs. For them it must have exploded and opened up so many possibilities. From small stage to big stage, then big screen and big world virtually overnight.

I am not a rock journalist either so it’s going to be interesting. My interview (for want of a better word) will focus on what they might collectively be able to bring to bear to make that creased black and white Rink photo come alive. They might not remember anything… maybe it was all a blur…but I’m sure they will have a really interesting perspective. I’m less interested in the obvious facts and dates… more smells, atmosphere, illusion, the dressing rooms, the sounds, the anecdotes, the screams, the flat tyres, first impressions, reflections, dance lessons, clothes shops, shifting amps, the price of stamps….

When they played on the three foot high Rink stage they couldn’t have known what lay in store. I wonder if they knew they were inventing something. I wonder if they were aware they were part of a demolition crew as well, sweeping away the post war dance bands, or if the excitement of the new was their primary drive.

My 30 minute slot after the sound check will fly. I will need to be well prepared. In other situations I have had the luxury of taking the time it took. Often I have looked at my watch and had to say “goodness, I’m sorry it has taken so long”… but no one has seemed to mind. In this case there will be a tight schedule so I need to make it work whilst under somewhat more pressure.

Adding to the surreal; my sister and I got a joint Christmas present in 1964. It was an olive green Dansette record player plus a collection of 10 singles chosen by our parents. I would have been nine years old. One of those records was Do Wah Diddy Diddy by Manfred Mann. It spent two weeks at number one in the UK that year and the same in the U.S. I can remember complaining about the random record choices my parents had made, though I don’t remember which records I disliked. Gene Pitney’s maybe. I do however remember loving the Manfred Mann single.. that opening line; Paul Jones out of nothing…”there she was just a walking down the street singing..” and BANG into the song.

Such a direct vocal.

I couldn’t understand at nine years of age though, how the band appeared to be named after the organist and not the singer.

It was always planned, and is a pivotal element in this piece, and yet it’s not something I’ve actually ever done before. Interview my father that is.

He is the family link to Hartlepool and in his early youth… 15 – 16… he could be found with a few mates eyeing up prospective dance partners on the Rink dance floor. Various things like pacemakers being fitted (my father) and broken hips (my mother) have meant that filming was delayed until yesterday, when we finally headed down the A1 to Yorkshire for a bit of a chat.

I have met quite a few people now who have coloured in the detail of the Rink for me and, although I wanted him to do that too, I was interested to get a wider perspective, being that he was brought up in Hartlepool, evacuated, and then returned when still a boy. He was one of the bicycle squad that delivered messages around the town when communications were down after the frequent bombing raids.

Being taught to box is one of the things that cropped up. At the beginning of the project I had thought boxing might have been a bit of a theme, but it hasn’t turned out that way even though I think there was a time when bouts were promoted at the Rink. No one I have met can tell me much about that aspect, and to pursue it would be tangential to my piece, so this is one of the few times it gets a mention. In Hartlepool boxing is a topic in its own right.

Interestingly though, there is a generational link to this theme. One that probably just about had its day after my generation. He talks about being taken by his father to a boxing club to learn to defend himself at school. It obviously worked, because he got a reputation as someone you didn’t mess with. School is a tribal place of course, and as a boy I was taught to box too and the same applied. You didn’t need to throw too many punches to send out a signal that there were softer targets in the school yard. It pretty much worked for me, but I’m, not sure if the Queensbury rules are adhered to these days. Thus far I have only passed on this particular skill set to the cat. The cat at least is an interested and committed sparring partner.

After the war there was no shortage of work. He was regularly asked to work 7 days a week, but wasn’t too keen on spending his entire life there.. and the promise of eventual promotion to the heady heights of Lipton’s branch manager wasn’t entirely what he had in mind as a career move.

Saturday nights were Rink nights though; he even took dancing lessons, and tells me he often got compliments on his technique. Well, I’ll have to take his word on that. The floor is the star. He reckons he has never since been on a dance floor that was so impressively sprung. Others have said the same, that as a full floor of feet moved in time to the rhythm, then the floor would pass on a sort of wave which you could feel like a communal feedback of motion, propelling you across the expanse. In my mind I see a mexican wave of floorboards.

I was going to buy a record player off ebay this week, but the good ones go for quite a few hundred pounds so I have been waiting for an affordable bargain. When I eventually get my big band song recorded and on vinyl I want to play it on something appropriate to the period. On Friday I was in the studio working on a commercial shoot and happened to mention it to the studio’s owner. He took me round the corner to one of the room sets he has and showed me this classic – full on piece of furniture – radiogram, in perfect working order. Late fifties I reckon. Probably still gets the Light Programme. Record on, crackle of the stylus and away you go…another time, another place.

Is someone trying to tell me something or is it just the law of averages? I have done quite a few miles this last year going up and down the A19 from Newcastle to Hartlepool so I suppose it’s no surprise I had to get a puncture one day. Pain in the proverbial though, especially when you realise there isn’t a spare tyre. No spare comes as standard apparently. Hmm I lost interest in lifting up bonnets and such stuff once cars went electronic, maybe I should have checked.

I was on my way to see Gavin – one of the keyboard players with Musicians Unlimited. My idea of just writing a song for a bigband and travelling hopefully has been a bit of a learning curve. I have had another musician ,Karl, working on the arrangement with me and he has been putting in lots of work to get us this far, but he is used to writing vocal harmonies and has never attempted something as complex as this before so we keep batting it back and forth. Having got something now that sounds pretty authentic to the period I’m referencing, I thought it would be advisable to have it checked through by Gavin as he has the experience of working with the full band.

So I got to his eventually, flat tyre and all.

Gavin listens to the MIDI recording and then ponders the sheets of music I have printed out for the various instruments. Seems he really needs to see it in long form.. which basically means laying out all the instruments underneath each other so he can check them bar for bar. Makes sense now he shows me. But I went to art college, not a music academy, so I’m learning all the time. I’m more used to turning up with a guitar, plugging it in, and suggesting ‘it’s in D, goes to G then E minor’… then everybody jumps in and just goes for it. Creating a full musical score is nothing I have attempted before. I am aware I am walking a thin line between enthusiasm and ignorance. Still, if art college teaches you one thing, it’s that you’ve got to have the balls to take risks. Luckily, anybody I’ve asked for help, has eventually given it to me.

I will get there eventually – but it’s a good job I started this particular strand of the piece a while back as it certainly aint a quick process.

Got a text the other day from my eldest daughter who lives in London. She and her co-conspirator Rhiannon run a popular blog called the Vagenda. Turns out Rhiannon’s great grandparent’s were from Hartlepool and one of their children got into the local news for getting a Cambridge degree at the time. It’s quite remarkable… such an out of the way place… so many connections, but as it was for me before this project, for a relocated generation it’s a twilight town . 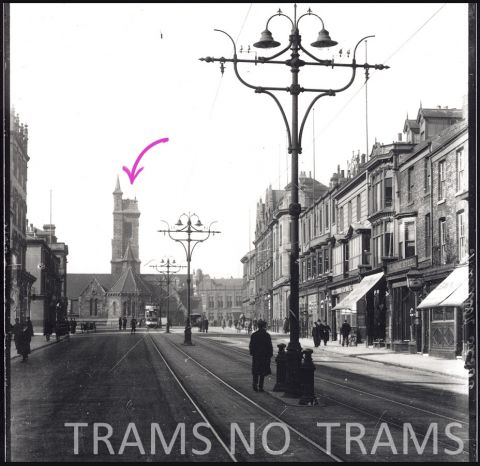