…or straddling the world of self promotion whilst trying to get on with new work.

I have it in mind to offer this piece as a series of single screen one off showings but with an intro by me to explain the project and put it into context. It’s a universal theme so hopefully will appeal to a variety of venues, though I am under no illusion as to how difficult it is to slot into galleries and museum’s schedules in these ‘challenging’ times.

To this end I am working on the book. Not because I have any great desire to enter the world of vanity publishing, but in order to give people a more complete overview of the film they might like to show. I think it worked with my previous piece ‘Gestalt’. Installations and film/video work require that people sit through the experience to evaluate it, and often people just don’t have time (even if they have the inclination) so a book stuffed full of pictures can be the way forward. I will have a short run printed but it will be a useful pdf attachment to push the project as well.

Whilst working on the Rink project, a myriad of other ideas have presented themselves. It feels like I need a little time to evaluate where I go from here though; a little time to decide which idea will dominate the others. Or maybe how all of those ideas merge into one. Or not, or partially or…

As I wait for the view to clear I want to make sure that this project gets the exposure I think it deserves. Is a room still there if no one observes it? In my memory it is but what if I had never seen the room in the first place? Under the bed is not the best place for ones work.

As for such philosophical debate I have to put this on record. I had a dream (yes I really did have a dream) and there were small jewel-like people dancing across a shiny polished surface. In my dream I watched this scene with a sense of amazement. I then realised the people, whoever they were, were speaking a language I didn’t understand, and then it dawned on me; it was pure sound…vowels and consonants, but not actual language. It made sense at the time, and in a way it still does make sense. It was one of those rare occurrences where a dream can actually inform the waking world. Not to sound spooky (and no drugs were involved) but I have kept that dream as a perceptual reference for where my next piece will go. Enigmatic perhaps but strangely useful.

Back on planet earth.. a very generous lady called Louise Thody has written a foreword to my little book. She is a phd student at Edinburgh College of Art, came to the Toffee Factory show and very generously agreed to put the Rink Project into a sociological perspective. Very kind of her and really good to get another point of view – albeit a view I invevitably concur with but which does I hope complement what I have done .

Oh and Happy Festive Season to anyone who reads this. Here’s hoping the new year brings us all peace and adequate prosperity. 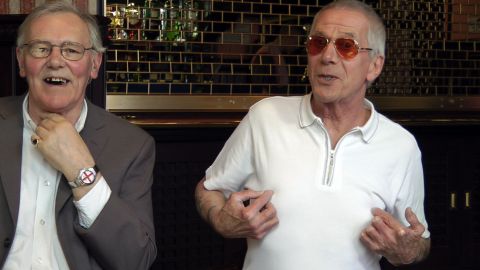 live performance at the opening of my Toffee Factory show