ETHICS OF THE EDIT

If I’m not posting here so much it’s not because there isn’t much going on… very much the opposite.

Somewhere in the human brain there must be a mechanism that continually calculates and re-calibrates time. It’s like I have this time-line in my head that says… 8 week to your show.. that means you need to have edited this sequence; to get to that sequence; recorded this to get to that, printed this art work in order to tick something off etc. etc. etc. Each day it changes a little. Just a little. A sort of involuntary critical path analysis.

I’m on course now. Just. Having edited a long sequence that I struggled with initially, it’s this that I think throws up some interesting dilemmas. You may be familiar with the problem if you work with material that involves others being the subject. This is it…

… I have 9 participants recorded in two groups plus one single interviewee. I am wanting to stretch the idea of ‘the edit’ to a point where I run these three occasions together in a non hierarchical way. That involves me taking the interviews and firstly cherry picking the sound bites I want to use. That involves choice of course.. a necessary evil in order to get some content in there that actually makes sense to the listener. I lay out two of the sequences like this and then fit them together like a fanned out pack of cards.. so they interlock. This in itself produces interesting results as the rhythms of the interviews weave between each other; sometimes interlocking and other times at odds with each other. There is an amazing amount of serendipity actually. I then took the third person and inset them into the pictures along the timeline, shrunk down into a small box, positioned on each shot with regard to composition of the whole.

I hope you’re following this. Sorry if it sounds a bit obtuse.

Anyway my point is…This is a really interesting process, as it goes some way to making a more democratic use of material than the traditional narrative documentary approach. If you didn’t know what I was doing it might almost not be an issue. It’s more like eavesdropping on another’s conversation in a bar. You pick up various strands. Themes emerge, die away and re-appear.

So this was my dilemma. At one point one of my interviewees says “Eric Delany!” cut to next person saying “was a great trumpet player”. That was just the way the cards fell.

In fact Eric Delany was a drummer and the person who made the initial statement knows this. Said person is also a bit of an authority on such things having worked on local radio for a lot of years and made sixties Hartlepool music appreciation his life’s work. It makes him look incorrect.

Hmm I thought. But if the viewer continued watching for a while they would be able to fathom that this juxtaposition is just that.. two different conversations with a related theme but not the same narrative timing. Then I thought.. perhaps I should put a caption on screen something like “Eric Delany was a drummer not a trumpet player”. But then it looks like I am contradicting my man and making him look foolish.

To be totally true to my structure I should let whatever happens happen and leave it at that. It’s not as simple as that though of course because I have two agendas in the piece. One allows me to re-invent my own role in the overall piece to a point where fiction is a possibility. But the other side of this coin is that I can’t allow myself to misrepresent other peoples stories.. even if overall the nature of representation itself is the theme of my work.

In the end I amended the offending juxtaposition and inserted another statement that didn’t have such an inference. I had to be mindful of my subjects subject as it were. In a way it’s a shame.. but only I (and you now) know about my own private ethical conundrum. 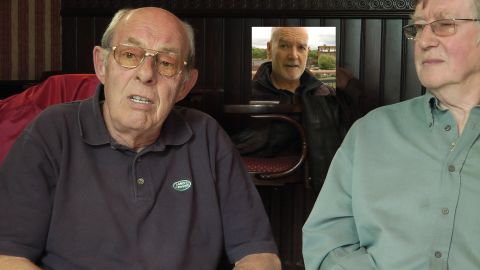 At last I have all the parts for the musical arrangement of my song and have a meeting with the band leader next week. Finally feel like I’m getting somewhere yay hey.

This weekend I have to write the various wall panel stuff that will go in the show. That in itself is proving to be an interesting exercise and has made me consider how to frame this for public consumption. I don’t want people to think this is a ‘trip down memory lane’ as, to be frank, it has nothing to do with that in my eyes. On the other hand I have to frame it in a way that will be compelling to what may be a particularly partisan audience in this context so it’s a bit of balancing act.

My list of acknowledgements is getting a bit long too. It’s at this point that I wish I’d made more comprehensive (legible would have been good) notes as to who was who. Think I’m going to have to double check the spelling of a few of the more unusual names…

Part of the process of making this piece is not really knowing how each element will turn out. They very much dictate their own theme. Mr Beckenkreger is no exception. He turns out to be very particularly associated with the letter H. Here is a glimpse into his world >> 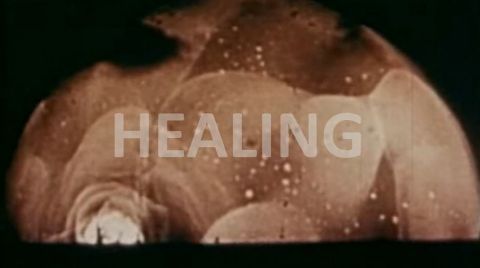