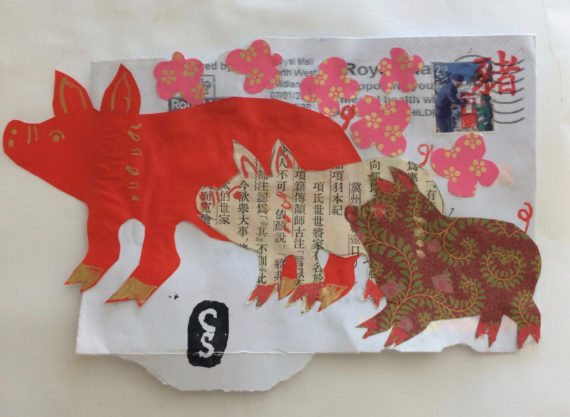 Despite the slight muddle with the technician not realising how much help I needed the show is almost hung despite getting muddled myself with the numbering in places! Tweaking tomorrow….

First stop the opening of the Trinity Buoy Wharf Drawing Prize at Salisbury Museum. It was interesting to see all the work in a different space – mine had one of the same neighbours as in London. Had a wonderful chance meeting with two artists and an opportunity to talk about the process behind my drawing. 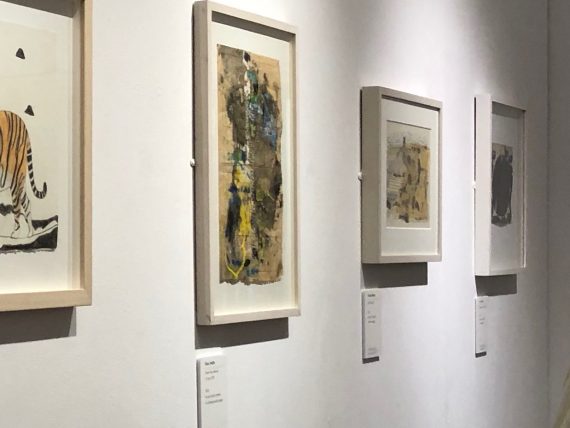 Then the next day we took in Salisbury Cathedral and I managed to catch a demo of the clock. Great to see Barbara Hepworth’s piece Construction (Crucifixion): Homage to Mondrian back on permanent display in the South East corner of the Cloister Garth.

I visited Drawing Projects UK for the first time and saw Simon Woolham’s installation and drawings, Drawing Out the Canal, and enjoyed his performance with Nick Sorensen & Joanna Harvey – a wonderfully melodic, poetic and political extension to the work, which I really loved seeing for real after only seeing it online.

Finally I went to 2B or not 2B at Messums Wiltshire with Anita Taylor, Charles Poulsen, Alice Motte-Muñoz and David Alston. Fortunately the discussion did not get stuck around “no-one teaches drawing any more.” I’d have liked to hear more about what makes a good drawing but there was plenty to think about in the attempts to define what drawing is or what qualities make a drawing a drawing  … immediacy, intimacy (drawing is different from painting in that painting always has a public end), the “left trace’ (evidence), thought in action, a relationship between 2 points, material thinking, touch of a surface, beginning to end of a thought,  …. which left some in the audience struggling to get to grips with the wide spectrum of definitions and others nodding in agreement. I wonder what the balance of artists to general public was in the audience.

Anita Taylor pointed out that we call everything from documentary reports to Sanskrit texts writing! 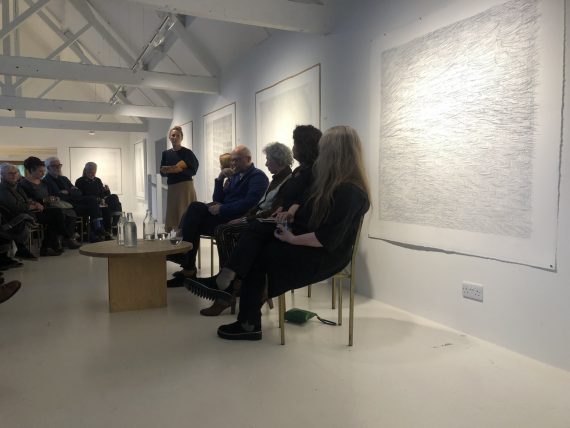 Really pleased that a piece of mine was included in Michael Borkowsky‘s (fellow a-n blogger) exhibition Perfume as Practice AW19. I wish I could have gone along to see it but having to make 30 more drawings for my Beachtime Stories exhibition and health issues plus other plans for a long weekend made it  trip too far. I love the idea of bringing scent and the sense of smell into art practice and the idea of a voyage as relating to both personal journeys as well as trade. Seems very pertinent at the moment. Also like the way in which it stretches the idea of identity and that through the medium of perfume (which I assume is liquid – hope so anyway) it is suggested that identity is fluid and made of many different components. 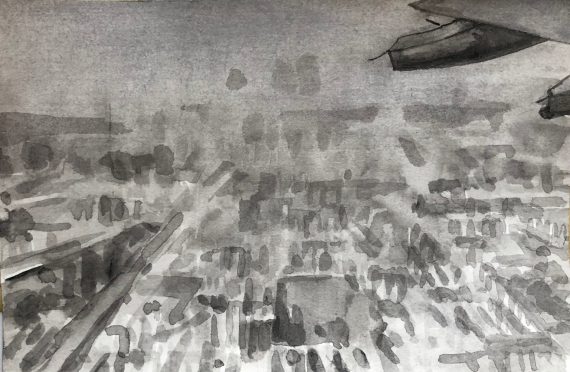