Plague for Plague’s Sake – my series of videos that looks at how to recreate the dubious plague cures from history using the art of perfumery, Is in it’s 5th week. As such, I can’t think of a more appropriate time to stop and look at the series so far. What is working well and what isn’t? What have I learnt from making the videos? And how engaging is it to an audience? 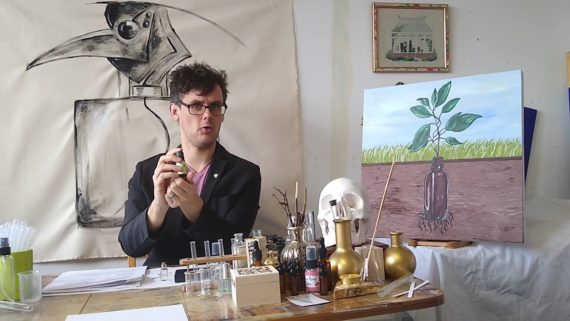 Plague for Plague’s Sake (or PFPS, as the cool kids are calling it) was conceived in response to the coronavirus pandemic; both in terms of content and in how it presents my practice. Previously, my work relied on a great deal of physical interaction, with audiences picking up bottles and sampling what my perfumes had to offer. Here, I am doing the sampling for them; smelling the fragrances I make in situ whilst attempting to describe them. This is something that doesn’t come instinctively as normally I’d let my audience conjure their own descriptions; which are no doubt based on their own memories, thoughts and experiences, such is the evocative power of scent in relation to memory. As such, I have been rather objective in describing the scents I am making in previous episodes as I try to adapt to this way of presenting perfume. I feel I can afford to be a little more lyrical and personal in future episodes, as this will hopefully allow audiences to relate and engage a little deeper. It will come with time and experience. 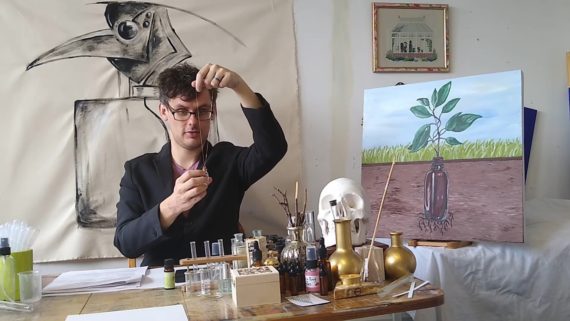 Creating Plague for Plague’s Sake has given me insight into the various perils and complexities of video making; from scripts and editing to methods of uploading online. This is something I feel I have adapted to with a certain intuition; though it is, of course, improving all the time. Each episode seems to throw up an unique problem; from microphones picking up ambient sound to formatting problems with Youtube and glare on camera lenses. the whole project has certainly given me a new-found appreciation for filmmakers!

The content of Plague for Plague’s Sake looks at scent in relation to history, medicine and illness, and aims to reveal how perfume can be considered away from it’s preconceptions. To that end, I feel the videos are successful and translate to a fun and informal learning experience. That said, I feel future scripts could provide further detail about the individual scents I am using. 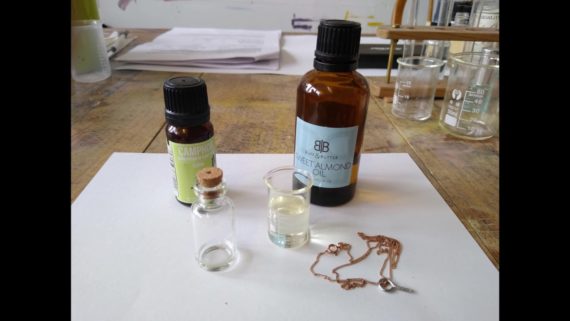 I do feel as though Plague for Plague’s Sake is providing me with skills that I can transfer to other modes of creative activity. Particularity with regard to workshops and how I vocally interact with an audience. Speaking of which, my workshops are set to commence again in October. Though I still intend to create Plague for Plague’s Sake videos for the foreseeable future, so both those strands of creative endeavour should compliment each other nicely.

All of my Plague for Plague’s sake episodes can be found here. Enjoy!