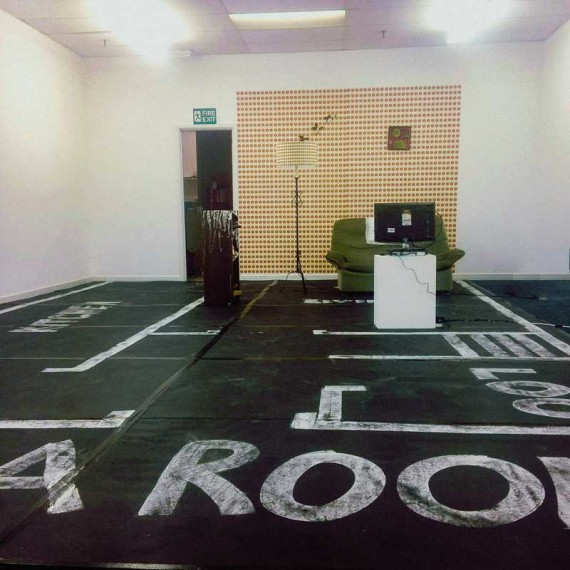 So it’s been a while since I posted here and that is because due to my father being very unwell and my mentor being in the US for two months I had a gap in my mentoring program but on the 10th January I saw my mentor for the penultimate time at London’s RSA.

It has been an awful autumn and winter for me thus far.  My father was very unwell and in hospital for six weeks with heart, liver and kidney failure.  I had had lots of interest in my work immediately after the Panic Room with students from around the UK, studios in Canada and even documentary film makers contacting me about my work but sadly nothing concrete has yet emerged.

There was some good stuff too, I had my Distinction for my MA confirmed with an apparently unusually high grade and during a phone call in October I discovered I had won an award I did not know I’d even been nominated for, the MA Student Achievement Award which was nice and meant I got some cash…. still waiting for my certificate though.

However, on December 6th at 9:34 am my life changed forever.  My mum phoned me to say that my dad, who at this time had been out of hospital for 2 weeks, was very, very ill and an ambulance had been called.  I will not go into all the details of that day but we ended it and began December 7th in intensive care at QA hospital and at 12:36 am on December 7th my beloved dad passed away in the worst way possible.  The death was not quiet but loud, painfully loud. There was screaming, delirium, ripping of drips out and a huge amount of pain that endured for hours and hours and which only quietened 40 or so minutes before the expiration of that last breath.

By the time he died my dad’s mouth was black.

I’ve still not dealt with the death; immediately after I set about organising all the paperwork… there is a huge amount of paperwork involved in death and the funeral which took place just before Christmas with 2 birthdays making up the days inbetween.

Luckily A-N have been great about this and very understanding of the delay in my final blogs; but now I am back and treading water and trying to get on with my life now my dad and best friend is gone.

So on to the mentor……

As I’ve previously mentioned it’s been a while since I’ve seen my mentor and in that time I have seen (on her advice) a coach whose help I found invaluable.

Susan was great and as warm and personable as I remembered her.  Shortly after I entered the RSA she was asking me over a cup of tea what I felt I most needed her help with and how my sessions with Tamara had gone.  I explained how I was seeking advice on who she thought, now being a bit more familiar with my work, she thought I should approach about my work and how she thought I could move on from where I was… the constant merrygoround of applying for mainly group exhibitions and funding and sometimes being selected, sometimes not.

She told me that her job was not to give me specifics but to advise on how I could go about this, which from my other life as running a not for profit art organisation and having a mentor for that, I know is quite true.

She suggested that I start and I would offer this as advice for any other artists too, inviting galleries that I felt best matched my work to the next exhibition I was in and over time, compiling a spreadsheet documenting all my contact with them.  This was something that she responded well to when she ran a London based gallery; and as my next exhibition is in London at the end of the month she suggested that I spend the rest of the week trying to get PERSONAL invites out for that.

She also spoke to me of my need to STOP being so self-deprecating and that even though it was brilliant that I helped many other creatives that I needed to start treating myself ok and start to realise that when you’re doing favours for others, it’s quite ok to ask for one in return.

So she suggested that I actually make something of all my contacts and actually speak to them about my {art} work and talk about projects for them to be involved with outside of organisational stuff.  Of course I realised straight away that this makes perfect sense and that I am once again self-sabotaging by not doing this.

When I mentioned all the people and organisations who’d contacted me in the wake of the panic room’s premiere she asked me if I had contacted them back a second or third time.  I explained that I hadn’t and she asked why…. again it was/is down to my lack of confidence, I had written them off as no longer having interest.  Susan asked if I ever didn’t get back to someone about a works project and I had to admit this happened more often that I like to admit.  She made me see this is the same for everyone and so all I needed to do was just to shoot off another email getting back to them, or even forwarding my original correspondence… why would these people have contacted you if they weren’t interested she mused…

But why am I so lacking in confidence, she explained it was fine and normal to be (as I am) brimming with belief one minute and completely distraught and destroyed the next, feeling like a failure and questioning every aspect of myself.  This reassurance made me feel a little better.

I left this meeting with pages of notes and a list of 3 things she made me promise I’ll action on before next time…. I felt full of beans straight away  but over the day my doubt crept in again.