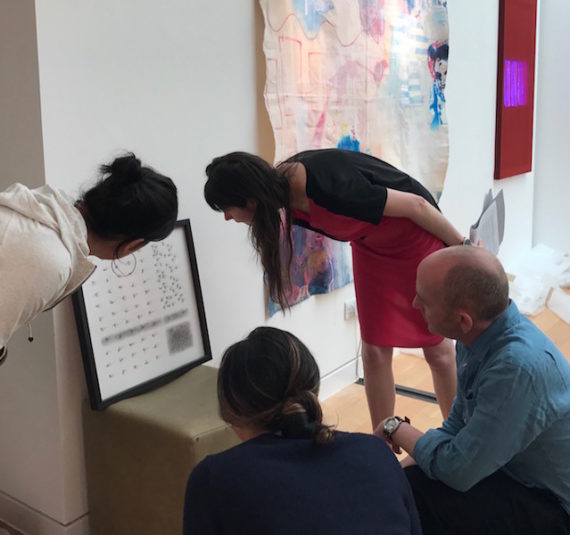 Engine ChatChat EngineChatChat is a facilitated peer crit where artists can share ideas, ask questions and get feedback from a small group of peers. An informal atmosphere and constructive conversation is encouraged. This is a dedicated space to think about and share your practice. You can present or join in the discussion.

Elizabeth Murton chairs the group. Each artist in turn presents work and invites discussion with the wider panel, (in our case it was a further five artists) through a question or statement in relation to the work displayed.The latest crit was held on Thursday at Kaleidoscope and featured three artists, Louisa Crispin, Louisa Crispin Richard Heys, Richard Heys, and Sabrina Shah Sabrina Shah. Sabrina Shah was concerned that her work was in need of a theme, Richard asked if the work he presented constituted a ‘body of work’ for an exhibition. Louisa was engaged with a compositional problem in a drawing. Her source of difficulty was a central passage in a composition of wasps, which was dominating the work and curtailing progress. 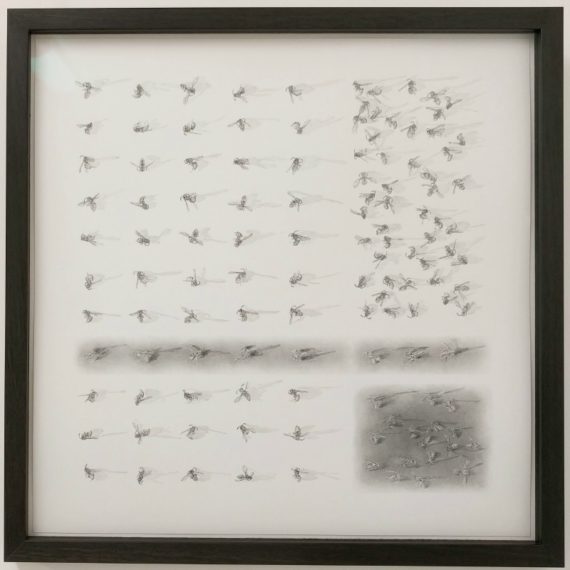 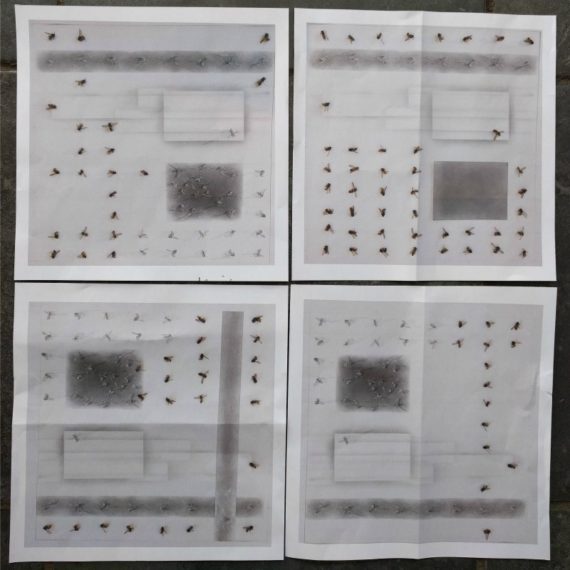 Last year when some wasps decided to live in her loft, her attention turned from the bees and bee drawings that form a key body of her work, to a creature that she considers is in need of some rehabilitation. Her question concerned ways to solve a composition/content /structural problem. She showed some photocopies with wasps arranged in possible configurations of degrees of order and disorder. Should this particular passage be here or there, what effect will the removal of a particular compositional element have on the whole? The nub of the problem was located in a group of rectilinear shapes on which just one wasp was placed in a corner
The rectilinear element in the composition was problematic because its abstract form was a kind of intrusion and differed in nature to the figurative images of wasps – it had the feel of something from another work, another starting point, a diversion. But was it a problem to be solved or a problem to be discarded? It was noted that the compositon was strongly based upon pattern/ arrangement, so that one point of entry would be to play with pattern in itself, leave out the wasps until structural experimentation provided a formal structure for the figurative content. Richard Heys work ‘We Stand Behind The Sky’ measures 1000mm x 1400mm, a work of intensely coloured atmospheres and one of aseries to be shown 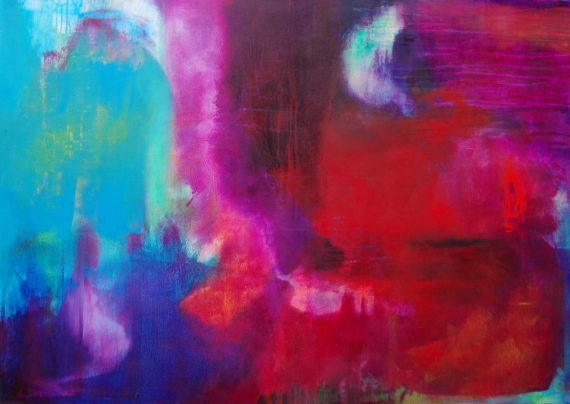 ‘We Stand Behind the Sky ‘ Richad Heys.

Richard’s colour work is built up in layers of acrylic paint. The process of curation it seemed would provide the making of a body of work; that the work could stand as a body was dependent upon certain works not standing next to each other. In her introduction to the evening, Elizabeth Murton referred to the notion of ‘thinking’. In an indirect way, the whole evening revolved around notions of how we think and what kinds of thinking can we use. There is a distinction to be made between thinking, and thinking ‘about’. We slip easily from one to the other ………….There is a common feeling that thinking is something done by the brain, with words, about something else, that something is done and then thought about, and is done as a result of thinking about it, that decisions are made through a process of cause and effect. All of these notions contain truth, but can also obscure the truth that doing is thinking, feeling is thinking, making is thinking. Louisa’s problem will be solved by finding ways to move things about, change relationships, make physical connections, and similarly Richard’s curatorial problem will be solved by the moving of things. 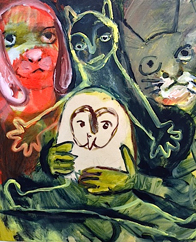 ‘The Owl and the Pussycat’  Sabrina Shah

For me, suggestion of narrative seems embedded in Sabrina’s work; theme arises from her work and the manner of its making. That would not go away if a thematic approach was adopted; the theme is what the work ‘thinks about’.  A self-consciously naive style purposely chosen carries the ironic risk that it might appear selfconscious. At one point Sabrina offered, if I understood correctly, a thought about mistakes keeping the work grounded in reality. The matter of theme is simultaneously central and peripheral. Similar to ‘thinking’ and ‘thinking about’ there is a conjunction of needs, of the work and of the artist. A symbiosis exists between ‘What does the work need?’, and ‘ What are my needs from the work?’, where what happens, happens, and is worked out close to the surface. Ros Barker observed that she could spend considerable time making different readings of Sabrina’s work. Resolution occurs when the thing ‘works’, when both needs are satisfied.