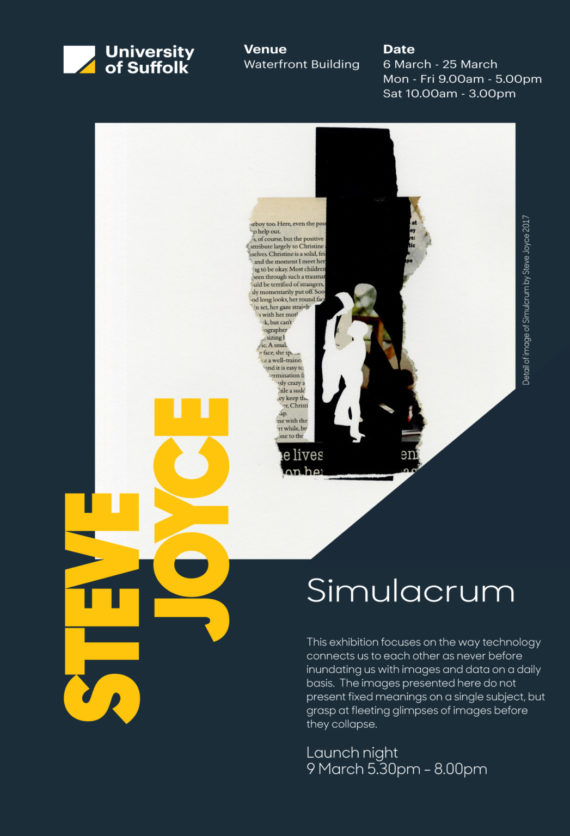 Busy week again. Preparations for the residency exhibition, and a hole lot of teaching.

The work for the exhibition is all prepared and those to be framed are all fitted, except one which needs new glass.  Sort that out tomorrow.   I still have work in various stages of development, so back in the print room I guess, once the exhibition is installed.

I ran a print workshop at the Ipswich Art School Gallery on Saturday.  Not the place where the residency is, another place which hangs on to its history, but is being more aptly renamed soon, so I hear.  Not a busy workshop this time round but nice work produced by those attending.  One of the year 2 fine art students, Louise, turned up and made mono-prints of willow patterns.  Worked very well with the technique.   Strange that,  well a bit, still meeting students even while not in the university print room.

Students on my Wednesday evening print class made some nice work too, I must find time to upload the photographs on my Teaching Facebook page.

Got more printmaking ideas, though they won’t be in time for the exhibition.  I was writing the catalogue entries earlier in the week and outlined all the ideas with reference to some of the theory to compliment the work in the exhibition.  Perhaps post some of it up here on the blog next time.

Well here it is. Work for the final series of prints for the exhibition. . . . Well the stencils anyway, which ever way you look at it.  They are the work, though not the works.  Yes poor puns.  Sorry can’t help myself, as all is going well and also yesterday someone wrote about my work.  Tamzyn Jackson wrote a Featured Artist critique about the work I produced for Pop My Mind.

I am not sure if anyone is reading this as AN don’t seem to give analytics for blogs, so if there are no comments, you don’t really know.  But if you are reading this check out Pop My Mind, it’s great.

So the News Stand series is done for the exhibition, but the work is not done for the project. I still have a stack of Simulacrum and Reportage prints on the drying rack, and a set I took home to work on. The project continues.

Yesterday, I had long discussions with two students.  Rachel has been working on large scale screen prints using a variety of techniques.  Her work has turned out really well with nice contrasts in the mark making. It is interesting analysing and debating methods.

I had a bit of a surprise as well, not that Danny came in and chatted for while, but that, what he said was a bit out of the blue. He is in the graphics/illustration course, and said the motif in his print was for an album cover design, for Throbbing Gristle. They were an eighties band, electronic stuff. I had thought that they would have plummeted into obscurity, but no, an 18 year old student knows about them and works up a new design.  Yes, that sounds a bit old for me to make that statement but perhaps obscurity is now a thing of the past. Ha, before moving on, yes, that was an odd statement too.  Ha.  But what is interesting, is that material is still around, even when it doesn’t get on to those pop hits albums that constantly bring the same old tracks.  Things are perhaps not locked in time, as much as I had thought.  That’s interesting too.

And by the way Danny was combining painting and printmaking, not in ways I had been thinking about, but in a very interesting way that seemed to work for the idea. 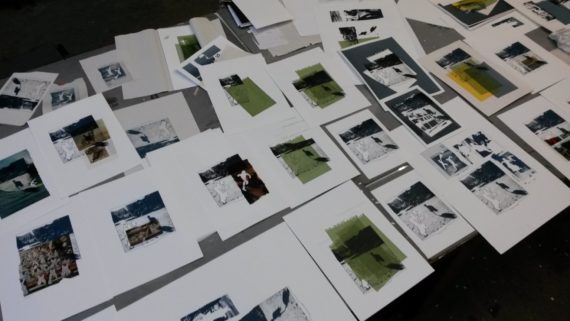 Progress is good.  This week two days in the print room and prints spilling right over the table.  The whole Simulacrum series is now complete.  The News Stand series is done to stage one of two, so next week stage two will finish it.

Students in and out, but no long discussions for a while, just as well I guess as the exhibition is closing in.  Well actually, I did go missing for a while, sorting the selection and layout of the exhibition with curator Carol Gant, who made helpful contributions.

It might seem a little odd to say, in the middle of a print residency, but, . . well here goes, It feels like painting. These latest pieces are part of a layered series called ‘Reportage’ and are A4 size. The depth and richness of the layering, makes it feel like painting to me. I am returning gradually to painting, and I have a few ideas to combine painting and printmaking, but I felt a bit surprised when completing these last week; thinking that they have a lot more depth than the other pieces I have been making. Hmm, got me thinking.

I have nothing else to say today. Except back tomorrow and a big push to complete the larger pieces that are waiting to be finished.