This week I managed to quell a steadily growing sense of guilt by making time to meet with Cherry Tenneson (long term collaborator, “Tenneson and Dale”). It was the best kind of meeting – short, but productive. Within 45 minutes, we had planned our next piece of work. It was incredibly satisfying. Although we don’t think in the same way, we know each other well enough now that joining creative forces seems natural. No shilly-shally: we meet in the middle.

I’ve had to devote a fair amount of time to other art stuff recently (hence the guilt about T&D). Last weekend, an incredible weight was lifted from my shoulders when I survived massive nervousitis caused by presenting at Birkbeck College’s conference on “Book Destruction”. There were many fascinating and informative papers given, I learned a lot and generally felt humbled by all the incredibly knowledgeable people there. (Especially fantastic to spend a day with a room full of people who really LOVE books.)

Whilst in London, Sarah (the architectural writer I am also collaborating with) gave me a quick tour of the architects’ offices in which she works. The hugely fancy premises are right on the River. One whole wall is floor-to-ceiling super deep shelving, rammed full of architectural models. I felt like I was at the starting point for a Borges short story, as these mini worlds competed against the towering panoramic view of London from the offices’ huge windows. I got a strange sensation of shifting in scale: I felt like a lumbering giant next to the models, but also like a insignificant gnat next to the skyline. On returning to Rogue Studios on Tuesday to photograph our Exchange-Experimentation-Collaboration show, the memory of this feeling really helped me appreciate Yu-Chen and Geoff’s work even more. I thought about how at the opening Geoff’s daughter had made Yu-Chen’s H structure seem much bigger than it was; how Yu-Chen had picked up on tiny, seemingly insignificant details from the studio in her drawing and how the large, loose style of Geoff’s painting of CAC staff’s precious objects seemed perversely to make them more intimate, more precious thanks to the change in scale.

I can’t for the life of me remember who said it, but I once read a comment from a painter (or maybe it was a painting critic) who wondered “What is lost in the distance granted by perspective?”… how refreshing to look at things from a different angle; to shrink and grow, Alice-like, as the situation demands; to walk tall whilst remembering we’re small…

Maybe ideas are some sort of strangely pleasant virus – they pass from one person to another, needing a host but not really having an owner? Although the work I have begun during my time at the Chinese Arts Centre has not been in any practical sense “collaborative”, I can’t really say that it’s all mine either. If Yu-Chen hadn’t been thinking about the Industrial Revolution, I wouldn’t have started thinking about Nature and Culture… distraction, connection, reaction … and I’ve ended up with plans for a piece of work that wasn’t even on my horizon just five short days ago. Creativity seems to be catching.

Nature is perhaps the most complex word in the language
Raymond Williams, Keywords

A personal ban on accessing the internet during my days at CAC has been fantastic for my concentration: I’ve been wallowing in the generosity of old time, rather than feeling panicked by hasty, greedy electronic time… BUT even during four old, slow, non-internet-y days, completing a new piece of work has proved impossible. I have had to change my plans. There’s just no way I can work that quickly (and to a standard that is good enough).

So what have I actually done? I’ve made 5 small studies (almost complete… but not quite!) for what might one day be a finished piece. I’ve also had a lot of strange thoughts about Nature and Culture, which I am trying to sort into some sort of expressible order (so that I can reply properly to your comment Rob ;) and I’ve had a really great time not thinking about anything else, which will probably come back to haunt me, but who cares when there’s still one more luxurious day left. 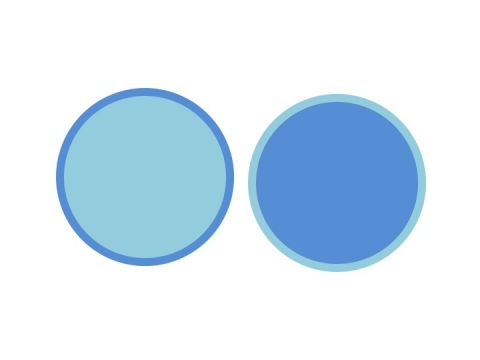 These fragments I have shored against my ruins.
T.S. Eliot, “The Wasteland”

The piece is made of five parts. Each part is a visual representation of the shifting interplay between Nature and Culture. Colours (grey, blue, silver, reflective); materials (metal, card, paper, ceramics) and shapes (circles, waves, stripes) have been carefully chosen for their ability to represent my thoughts on this topic. 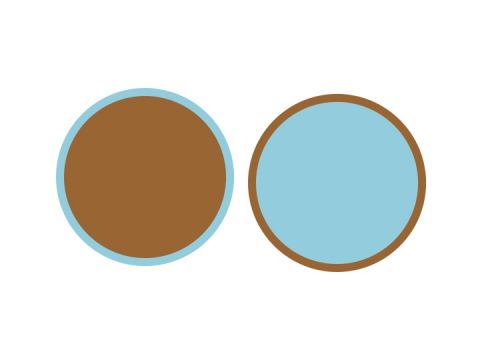 The idea of proportion became more tangible then, and I was often tempted to involve proportion in my every creative attempt.
Lau Chung Hang, “The Proportion of Rectangles”

Amongst other amazing features of CAC’s residency space is a wonderful library. I arrived yesterday morning with a miniscule glimmer of an idea, but as the day went on (a bit too quickly for my liking) I found quotes (such as the one above) and objects (small pot of inexplicably gold gravel), which have helped solidify my plans.

I started the residency with a challenge to myself: I will use these five days to complete a whole piece. This is really tricksy for me, as I normally work to much longer timescales.

I have been thinking about how Yu-Chen is interested in the Industrial Revolution (hence our recent trip to Quarry Bank Mill) – I don’t particularly want to encroach on her chosen subject area and so I thought how about I look at that from the other angle? Natural Revolutions? The recent Tsunami sprang to mind. I thought about how a Tsunami is a “Wave Train” and how this name neatly brings together the clash of Nature and Culture which the reality so messily bears out.

So… that’s what I’m making (and why I spent most of yesterday creating paper models): a small-scale work about Nature and Culture – when they work together (collaborate) and when they do not. I love that this is a ridiculously huge topic to consider in only five days.

Today I finalise working models, gather materials and work like the clappers.