LOOK INTO THE LIGHT FOR A CLEAR VIEW said the S. Mark Gubb public artwork just outside Portsmouth Harbour station. I obeyed the order. During my week-long stint at Aspex I was rewarded with a sky of blue, hot sunshine, a rollercoaster, the Spinnaker Tower and fresh sea air.

The public had been very generous in donating their unwanted items to Working Title. I spent the first couple of days reveling in the Aladdin’s cave of junk. I decided not to make concrete plans immediately, just to react to what I found. In order to warm up, I made a few small works quickly: a little landscape made from jar lids, deflated balloons and images of bonsai; a toast rack of 2D trees; a fire extinguisher which sprayed out a rainbow of colours; a laptop with the keys replaced by upturned rusty screws; a book turned into a laptop with the leftover keys; a dying tree made out of brown paper, copper piping and tyres. It was difficult not to get giddy with all the possibly-maybe useful stuff. I admired my fellow artists (it was a pleasure to work alongside Beata Kozlowska and Andy Parker) for their far more considered approach, which rubbed off on me eventually and I calmed down…

By accident I found that some white tent poles I had hoarded fitted exactly onto small white plastic bottles. I had also been attracted to a large roll of white material (possibly carpet backing). Using a tent pole base as a stencil, I cut circles out of the material. Once threaded onto the poles, I found I had made strange looking structures inspired by my surroundings – they were spindly like the aforementioned Tower, but oddly organic like something growing on the seabed. The structures’ individual elements were no longer useful – but at least I had rescued the material, the bottles and the poles from oblivion (even if only for a short while). The structures were hazy, shadowy things, hovering in the crevices between use, misuse and disuse – I think they might have been ghosts of sorts.

I’m off to aspex next week to take part in their Working Title exhibition. It’s a great idea for a show:

“Selected artists will use items collected in a rag and bone style to create new, interesting and beautiful artwork in aspex’s main gallery space. The space will function as both workshop and exhibition space… Visitors will be able to access the gallery, observe and talk to the artists while they transform cast-offs into new creations or incorporate them into performances.”

I’ve been thinking about different ways I can approach this project and I’ve had inspiration from an unlikely source:

“In our quest to create the Pandrogyne, both Genesis (P Orridge, ex of Throbbing Gristle) and Lady Jaye (Breyer, his partner, RIP 2007) have agreed to use various modern medical techniques to try and look as much like each other as possible. We are required, over and over again by our process of literally cutting-up our bodies, to create a third, conceptually more precise body, to let go of a lifetime’s attachment to the physical logo that we visualize automatically as “I” in our internal dialogue with the SELF.” 1

‘”We view Breyer P-Orridge as a separate person who is both of us,” Lady Jaye explained. “Neither of us take credit for the work, the work is a melding of both of our ideas which we would not have had singly. Both of us are in all of our art. That third being, Breyer P-Orridge, is always present.”’ 2

And with these thoughts in mind, I make my way to Portsmouth…

What’s the best way to come up with ideas? I can happily let them mull in my mind’s saucepan till they feel right and then let them get buffeted about by the world – this is often a slow process; but there’s also pleasure in coming up with ideas collaboratively – this is a much faster process because thoughts revealed PING! off each other and a giddying sense of racing to some sort of ideas-finish-line takes over. Either way, it’s the world’s influence on the idea, rather than the idea’s influence on the world that interests me.

This week I heard about a Japanese inventor called Yoshiro Nakamatsu, who claims that by diving under water and waiting till his brain is almost starved of oxygen, he is able to access brilliant ideas in the resulting “0.5 seconds before death”. Apparently, he has invented an underwater writing pad on which to jot these nuggets down whilst they are fresh in his (presumably gasping) brain. Nakamatsu suggests that really good ideas can only come from being alone in this way (I suppose you can’t get much more “alone” than being so close to death).

Whether or not it’s true, this is a fascinating and hilariously bonkers method, but I don’t think I’ll be giving it a go! Not just for fear of drowning, but also because I think this “technique” feeds on a peculiarly romantic view about where ideas come from. It would be wonderful to think that ideas come uniquely from the self, but, as far as I can tell, engaging with the world outside is how it all really happens … perhaps for Nakamatsu it’s the forced contrast of being alone within a crowded world which focuses his mind, or perhaps he believes in the myth of the lone genius, which is a shame, as it negates the influence of all those around him. 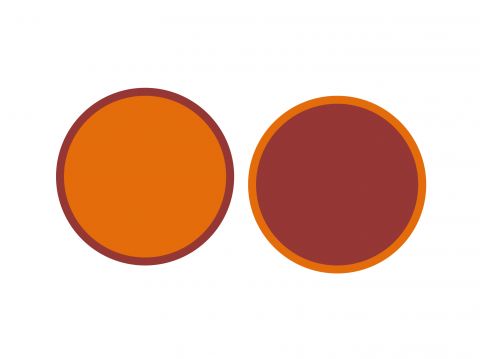