My tendency is to reduce or develop everything to ‘single things’ — things which refer to nothing outside, but which at the same time possibly refer, or relate, to everything.
John McCracken

I am sad to hear about the death of John McCracken. He was an artist very dear to Tenneson and Dale’s heart. His Minimalist planks inspired one of our earliest works, “Lords and Commons”, and we subsequently returned to him in 2008 with our work “Poll to Poll” for Art Transpennine. In his desire to forge a link between painting and sculpture, between 2D and 3D, between the wall and the floor and between the thing and all things he was a fantastic role model for us as new collaborators who needed to find a balanced way of leaning our ideas against each other.

This week I was reminded of the difference between collaboration and complicity:

1. On Tuesday night, TV On The Radio played live on “The Tonight Show with Jay Leno”. In a touchingly beautiful tribute to their recently dead bass player, they played “Will Do” minus a bass line, rather than drafting in a session musician.

2. On Thursday night, Haydon Boss gallery’s website streamed a live performance by Simon Davenport. As an addendum to his latest sculpture show, the artist was going to “amputate his left little toe with a chisel.” 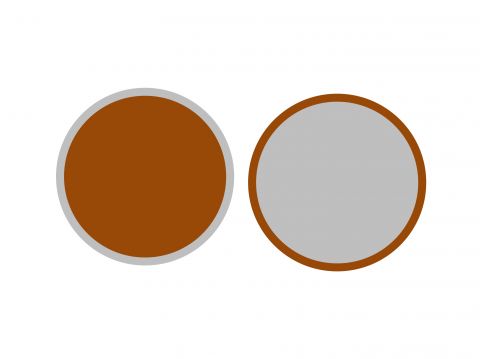 You don’t raise your hand and there is
some essential beauty in your fingers
from “The Hand”, Mary Ruefle

As is often the case, my partner and I spent Saturday night and early Sunday morning playing music at each other. We use a battle type scenario and it’s quick fire – one of us plays a song, whilst the other scrabbles to find a musical reply to it. For some reason a lot of our choices over the weekend were cover versions and remixes. Why am I mentioning this? Because I think the collaboration I’m doing with painter Iain Andrews might have to take that kind of approach. His paintings “begin as a dialogue with an image from art history – a painting by an Old Master that may then be re-arranged or used as a starting point from which to playfully but reverently deviate” and my solo work “usually begins with a perplexing idea and an existing object through which this puzzle can be illuminated” and so, we are both interested in re-arrangement and transformation, which is a great starting point for a joint project. However, it strikes me that apart from this, what we have in common is actually far more fundamental: it’s the way we use our hands. He paints, I cut – the fact that we each work “by hand” is not just a working method, but something more akin to a need. For me, this comes from wanting each cut to be unique: I could use machinery to do a lot of my work for me, but I don’t. I want to be as much a part of the work as I can be. I don’t yet have Iain’s point of view on this, but I imagine that from the kinds of marks he makes, he has a parallel sense of physicality (probably even more so, given the fluidity of paint and how much more difficult it must be to work with as compared to paper). So I seem to be thinking about hands as the site where thought turns into action and hands as symbols of collaboration, connection, comradeship… hmmmm….

Blue plus Yellow does not always equal Green. 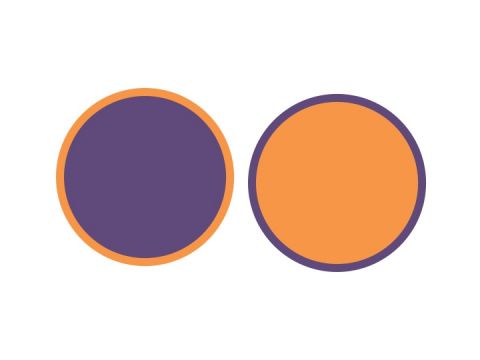 Traveller, there is no path,
The path is made by walking
Antonio Machado

Rivalry, division and inequality can make collaboration difficult, but on a one-to-one level, they can be overcome with a mixture of hard work and patience. However, what can you do when this tricky trio gets scaled up? How can you encourage two halves of a divided city to work together? Last Summer I was introduced to a lovely lady called Vesta Kroese and she has recently finished a project that simply, yet beautifully, considers this problem. In HIER/DAAR she considers the North/South divide in Rotterdam – a split that is economic, political and physical: “de Maas”, the water between them, separates the two halves of the city.

Vesta was originally asked to site a public artwork in North Rotterdam, but she wanted to make something instead about the city as a whole, about its perceived divide and how the Maas might be seen as a common or middle ground, rather than a dividing line. (This is fitting for a practitioner whose work is situated in the mid point between Art and Architecture.)

A man-made point of commonality shared by both sides of the water are the Maastunnel’s two ventilation towers – Vesta realized that these two structures were the only dark spots on Rotterdam’s night skyline, as if to underline the denial of any concrete link whatsoever between the North and South. She installed neon signage at the top of each tower: when one lights up momentarily as “HERE”, the other is always “THERE” and vice versa. To the observer, all parts of the city therefore become both near and far, both familiar and foreign. Inhabitants of either half of Rotterdam are made aware of each other’s proximity and similarity, becoming simultaneously united across the city’s skyline.

The work is a dialogue that is also a call for dialogue: by seeing it, the divided city works together to make both artwork and sentiment come alive… a new path is suggested and there is a glimmer of collaboration.