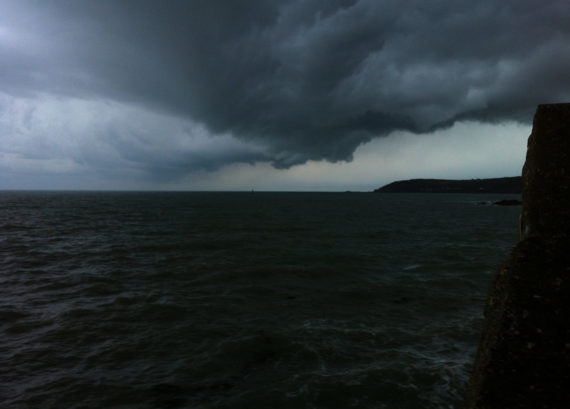 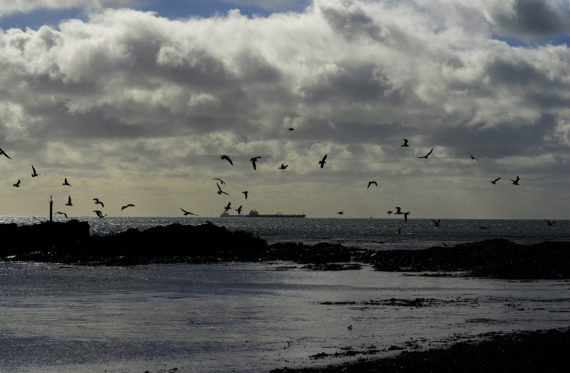 I had a free lesson in the Cornish language or Kernowek today as part of a week long festival in Penzance. I learnt that English only slowly made its way down through Cornwall and reached Penzance and the surrounding West Penwith peninsular, with the last traditional speaker dying in 1891, although this is disputed. So the sea and the isolation of this peninsular helped to stem the take over of a colonial language and as it was not often written down, many speakers lived in rural isolation and passed their language on without leaving a record. Generally there is no one way to spell and pronounce Kernowek and not a word for yes and no, instead conversations go thus ‘Do you have thirst with you?’ ‘I do not have thirst’ so leading to allowance for repetition alliteration and humour to enter the conversation, also it makes it easier to learn if you are dyslexic like me. I am fascinated by the idea that a language that is not so written down is stronger as it can change to make new and funny words from modern phenomenon, Mobile phone or Klappkodh (Chatter pod)

Meur ras dhe’n mor (thanks to the sea) 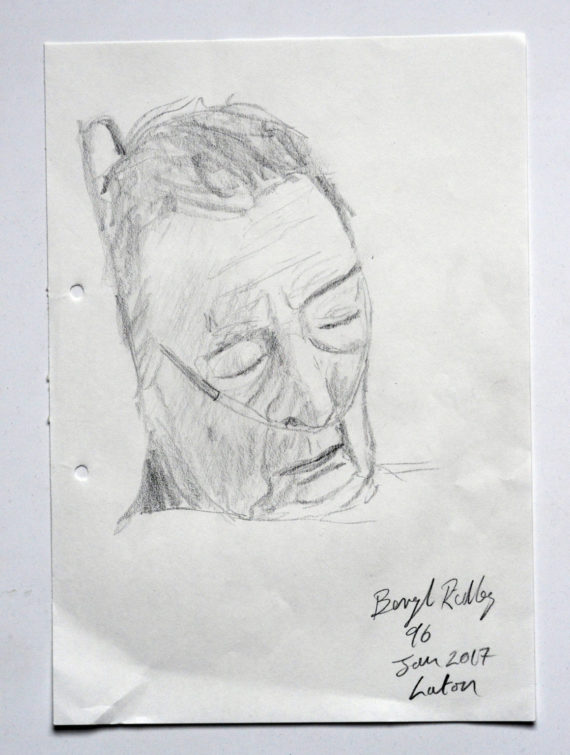 I got a call from my brother to say that our mother was in hospital neat Luton, and not too well. She is 94 now, and with pneumonia having had a hip replacement, a long away from the sea, me and West Penwith. She was much more present than she had been for my last few visits with her. We are gently loosing her to dementia, but something in the hospital treatment brought her back to us for a few hours. I spent time with her and as she slept I made some drawings. I have thought long and hard about whether it is OK or not to share these images, but I have decided that I want to. I hope they are seen a celebration of a life well lived and not seen as negative. There is a chance that she may come and live in a nursing home in Penzance, where I would be able to go and see her when I want, which will be good for us both.