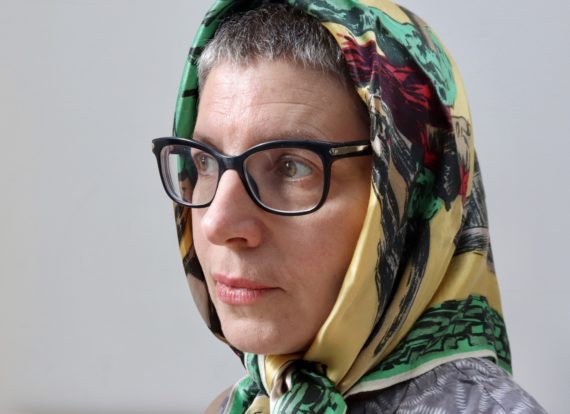 A blog responding to COVID-19 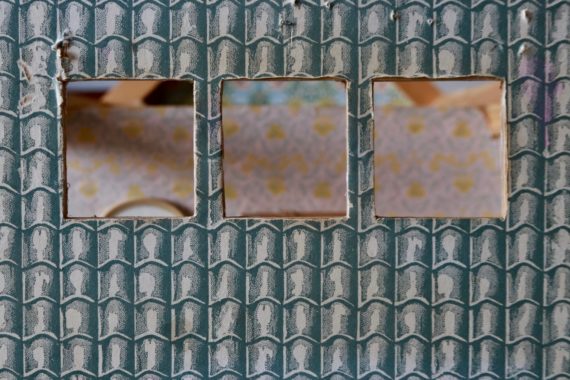 In August 2020 Aidan Moesby commissioned me to make work for the Thresholds Online Exhibition at MIMA as part of his DASH Curatorial Residency. I wrote this piece for Aidan to explain my work. I share it here as a blog post for the first time.

Concerned with interiority and an intense relationship with objects, Safe as Houses is a photographic series capturing my relocation to a secure studio space at the time of lockdown-easing in England.

This period feels like no other, yet echoes of past privations and confinements mingle with nostalgia and a desire for childish comforts. I’m interested in ‘regression’ as a response to reconnecting to a post Covid-19 universe.

Following five months isolation from a studio I occupied for nine years, I have exchanged a characterful and airy walkthrough space for the safety of enclosure; emblematic of a brave new world of mediated connection. I now have a lockable door but have also gained a window which looks out over a car park and the houses beyond. Windows are a recurring motif in this series. Studio 3 had an unreliable skylight which let in the rain and yielded only a patch of sky. The disembodied voice of Muhammed the car mechanic, heard in Studio 3, is now attached to the person I can wave to from the window of Studio 1.

This work is about navigating transitions, liminality, and disorientation. Under stress the psyche seeks the familiar, but even time feels different, marked here by the changing light, takeaway cartons, and shadows on a cake stand which looks like a sundial. We make tea for ourselves, endlessly it seems. Chairs are not occupied by the customary human visitors as we maintain strict social distancing at the studios. Video calls are the new interlopers. We’re often unaccountably exhaust-ed. Customary life is suspended, we feel hung to dry. We’re at work but we’d like to wear pyjamas all day.

Life borders on the surreal in this new post Covid-19 landscape. The threshold between dreaming and consciousness has acquired a new fragility. Curatorial conversations about the commissioned pyjamas made for this series by Ann Tutt, brought the book Marianne Dreams by Cathrine Storr to mind. Marianne becomes ill and is confined to bed for weeks at a time. Mark, also a long term invalid in ‘real life’, appears in pyjamas in Marianne’s sinister dreams populated with the objects she draws with a magic pencil – including a house in which Mark is trapped. The more she tries to draw a way out for Mark the more entangled they become. The book photographed is my own childhood copy.

In my studio I can lean into imagination. It contains many objects, redolent of playrooms gone by. A rocking horse acquired some years ago is an exact twin to my older sister’s Prairie King, familiar from birth. Transitional objects carry us over the threshold. A cheery thumbs-up, albeit made of moulded plastic, augurs well. A tree branch inherited from the previous occupant, and a discarded exhaust pipe from the car park are talismans, bringing outside indoors. We rely on signs and signals in the absence of reliable information.

The interplay of interior and exterior spaces is also manifest in the sliding scale between dollhouse, the studio and houses beyond. Focus shifts between close-ups and longer shots. Vantage points  are sometimes floor level, suggesting the infant’s eye. Windows yield reassuring vistas or are sealed. Hints of claustrophobia flash in a hand held vanity mirror. Yet identity is embedded in hearth and home.

Nostalgic and paradoxical, these photographs hint at isolation, psychological unease, and the intense comfort to be found in the texture of domestic life.

Safe as Houses is intentionally fragmentary and open ended, it can be read in any order and would be suitable for a slide show format. 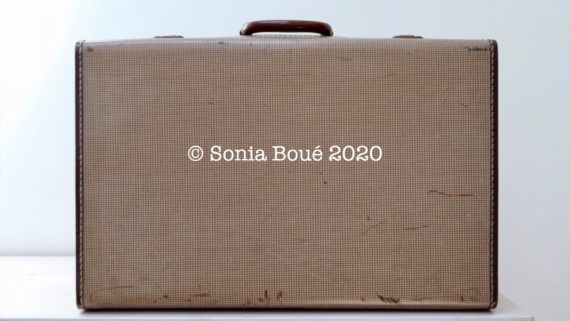 Like a good autistic I’ve been in hyper-focus. Lockdown has brought a surprising clarity to my work. It’s as though my practice was made for this moment.

It sounds like a strange thing to say, and it is. Other autistics have written about being naturally wired for danger. Hyper-vigilance can be super normal for us, though I mustn’t generalise.

It’s partly this, but also due to an intense seven year focus on exile in my practice. I’m still unpacking (through making) the ways in which a body of work, and the visual languages I’ve developed in response to a family (and wider) history, speak to now.

The object of my hyper-focus is the iPhone capture of a performance ritual on a beach at Argelès-sur-Mer, made while recording a programme for BBC Radio 4 in 2018.  This was an incredible year in which I barely stopped to breathe between projects. Lockdown has prompted me to look back at footage I had thrown unedited onto YouTube, while still on the road.

Editing began as a modest affair but quickly evolved into a compelling and time consuming process. I’ve gained more editing nous in the past 2 weeks than in all the time since my A-N Professional Development Bursary in 2017.

I’ve sourced additional footage and taken new photographs to do justice to my unexpectedly mushroomed project. This has reconnected me to the subject. Writing introductory captions (storytelling super-succinctly) and subtitling, have further deepened the reencounter. Having worked so hard on these elements to begin with, I found creating a voiceover track afterwards didn’t work. A lesson learned. Spoken language can be so different to text, especially when condensing a lot of storytelling in the third person (as artists are often required to do). The voice itself matters too, I found. It introduced new elements which muddied the waters. So reluctantly, I put the voiceover to one side, reasoning that I can’t (by myself) cover all bases, and I can think ahead when captioning in future, and write with the voiceover in mind.

I’m an intuitive maker across all forms. I must have viewed this footage at least a hundred times in minute detail. I dump all my content in the edit, never preselecting or ordering files. I need to see it all and pour over it many times, tweaking this way and that, until it starts to ‘sing’. That’s when I know I’m almost there.

Editing has involved a deep processing of my subject.  I’ve found that my past work and present experience elide. I’m ineffably moved by the need for socially distanced grieving under Covid-19. Dying apart from loved ones, the usual funeral rites socially distanced, there is a sense of crushing yet arrested grief.

Perhaps I’ve also needed two years to fully process my ritual, created under the pressure of a radio commission and the expectation that I provide context for listeners, in juxtaposing Spanish republican exile with the Catalan Crisis. What was the significance of my actions? What did I achieve by them?

During my enactment on the beach at Argelès-sur-Mer I cut and ritually bury half a blanket – I now see it as an act of distanced mourning for my father. I would have liked to perform it silently, but this was radio. So I talk my way through it followed closely by a boom mic. I’m now so glad I did.

In lockdown it emerges as a ritual honouring the memory of my father, who died unexpectedly 30 years ago. At the time we were separated by geography, there was no burial and no grave to visit. His ashes were scattered in my absence. My enactment centres on my father’s traumatic exile and interment in an improvised camp on that very stretch of beach at Argelès-sur-Mer, in 1939. It’s an act of witness and solidarity in the face of the official erasure of Spanish exile, but it’s also a rite for my father’s passing. He died without the resolution of the trauma of a lifelong exile, or the reparation of historic memory in Spain.

I hope this will be a really special film. I feel it’s important, and that I have something to say about grieving at a distance – and the value of creative ritual in our lives. I hope it might bring comfort to others.

I’ve told my father’s story many times now. Unresolved trauma draws you back. I feel destined to retell it for as long as I’m able. It’s in my DNA. Revisiting my enactment feels like a step forward in my process, and I want to share it to embrace those grieving at a distance due to Covid-19.

I’m an atheist but uploading my film to Vimeo feels like sending a prayer out to sea. Watch it and you’ll see what I mean. 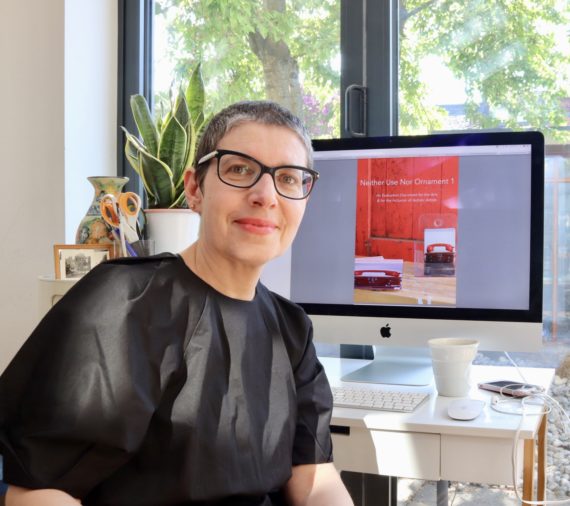 My top tips for surviving and thriving online.

We’re all at sea with this coronavirus pandemic, and for freelancers in the UK it’s also been a body blow to learn that (at the the time of writing this) our Government has failed to support our incomes in line with employees. With so much creative industry work cancelled (for the foreseeable future) we’re entitled to feel hung-out-to-dry.

We know that world health matters most, but meanwhile we need to make a living, and find ways to “stay calm and carry on” from home.

It’s wonderful to see so many rapid responses to this crisis. A-N have created guidance and information for artists, Disability Arts Online have responded by creating new commissions, and Mathew Burrows recently launched the Artist Support Pledge. It’s all good. We will refashion our working lives.

But in all the uncertainty, there’s one blinding truth. Abled freelance creatives who’ve taken mobility for granted can no longer do so. We don’t know for how long, or in what ways the coronavirus will impact our future working norms. With self-isolation our new reality, and lockdown round the corner, we will all experience the same level of dependancy on the online world for communication.

So I want to say, welcome! This is where we (the variously-identifying stay-at-home freelance veterans) hang out and do our business. We know that you’ve enjoyed these spaces too, and found them a useful support to life and work. But this is a whole new level of habitation.

You’ll quickly connect to this next level but it can be overwhelming. I’ve spent 10 years building a career online, and this is what I’ve learnt about how to avoid the pitfalls and thrive.