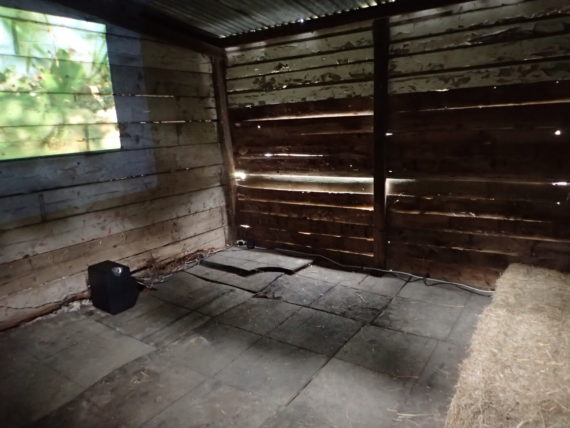 So, the film is online on Vimeo and I thought I’d publish my final text here as well.

I was delighted to be invited as Artist in residence for the second Wealden Literary Festival. The work made during the residency has been in response to a number of questions.

How to deal with or respond to this space?

I had a strong feeling that I couldn’t go on working in the same way as before. It was hard to identify the exact reasons – even though my work is not political as in polemical, what is going on in the world has its effect; immunity isn’t an option. Through this residency, my work became much more about the real world.

How to tackle the Festival theme of The Nature of Place?

Especially since my relationship to specific places has, through most of my life, been one of detachment. My nomadic childhood and a mostly nomadic adulthood have meant that I don’t have a strong sense of rootedness in a specific place. So my regular visits in March, April and May were very much about encountering place and making the garden a temporary place in which to work. My work, which consisted in a return to observational drawing, collection of video footage and photographs, was mirrored by the work done by Duncan, the gardener, both of us in some sense engaged in shaping, creating, structuring and constructing visual pleasure.

What is it that seems to have ticked all my boxes about this project?

The answer may in part lie in this paragraph from a review in the Guardian on the show at the Royal Academy:

“Monet died in 1926. The 20th century had even worse horrors to come than the slaughter that made his willows weep and it’s in that shadow that his painted gardens matter. They are glowing islands of civilisation and hope in a modern world guilty of so much barbarity and violence.”[2]

At Boldshaves, I did at times feel cut off from the world, but the world was never that far away, as represented from time to time by the noise of an aeroplane overhead.

“a space marked off for a particular protective purpose”

But you can mark a space off and surround it with barriers all you like: borders are habitually crossed, defences breached: rabbits break through the rabbit proofing, weeds establish themselves. As well as so-called native plants, the English garden incorporates exotic plants and foreign invaders.

“The very definition of a native is slippery, some of our best loved “British” trees having arrived with the Romans”

“The secret of the “English garden” is that it has never been narrowly English at all.”

In that sense, Boldshaves is a truly English garden: it builds on heritage, renews it and projects it optimistically into the future through a lineage of newly planted trees chosen by family members. Through the Festival it has also begun a new tradition that welcomes the contemporary and a wider public.

Moreover, and to conclude, in relation to my own interest in the tensions between the identities and traditions informed by my mixed Chinese/English heritage, the material of the garden meets the material of my monotypes: an English garden given expression on Chinese paper. 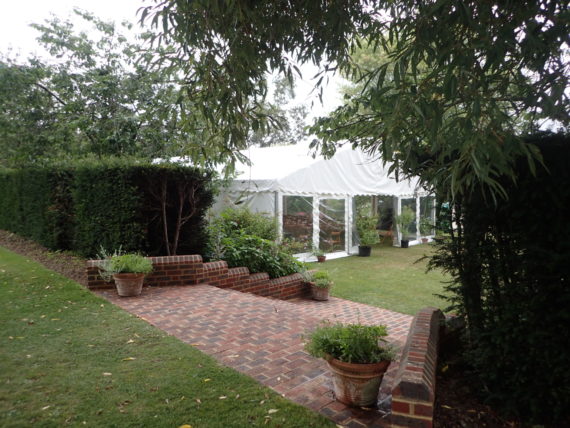 The Festival weekend has been and gone! Truly exhausting. A big thank you to Laura and Andrew Wilan, the Festival Directors, for their support. It must have been slightly unsettling at times for all involved not knowing what I was going to come up with.

What could have been better:

I’ll be updating my website next and putting the film online. I’m also going to try and show the work again somewhere…. 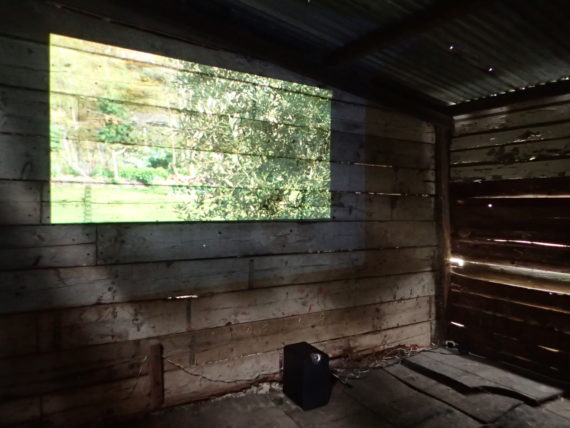 Frustratingly my perspex box frames arrived a day late meaning I didn’t have everything framed in time for the planned first day of hanging the show in the barn. So after lunch in the shade of a tree Louisa and I were only able to hang two pieces and plan for the remainder, which I shall try and hang on Monday. It does always take longer than one thinks and the heat made it more frustrating than usual. On the positive side I was given a whole box of nails for free by VJ Technology when we realised the ones I had were too short … 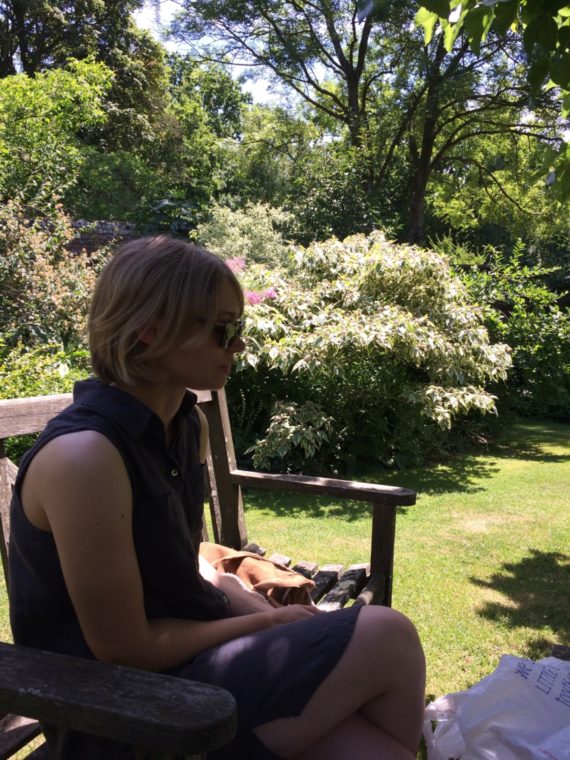 I had mounted all the work initially but then decided not to mount it and to put the work into the frames using magnets wrapped in archival linen mounting tape – a low-tech DIY version of some techniques I’ve read about on the internet for mounting delicate Asian/Chinese work. Frames have always been a problem for me and I think I am now getting near a solution. 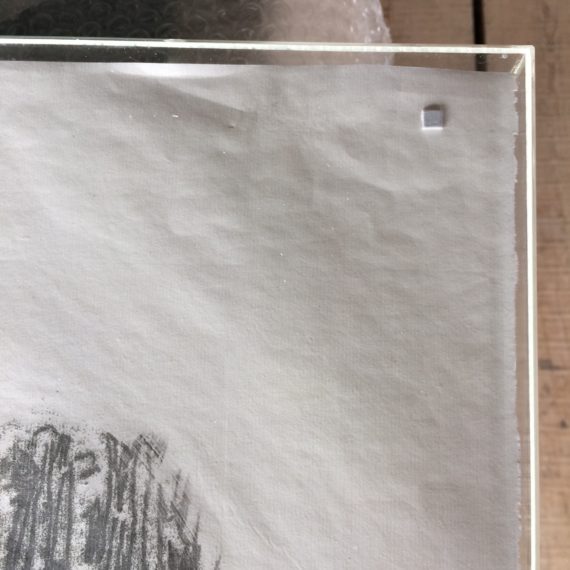 I started to install yesterday and like all first days it was a process of trial and error, dealing with things forgotten, making do with what one has and capitalising on chance ….

I had carefully set aside some paper to project onto but on arriving at Boldshaves found that I’d forgotten it. Louisa Love, who was helping me to install, turned on the projector anyway, and we both realised that projecting onto the wooden boards making up the wall of the shed was absolutely perfect! Still need to block out the light from the window and door more effectively but I am hugely relieved. I think it is going to work. 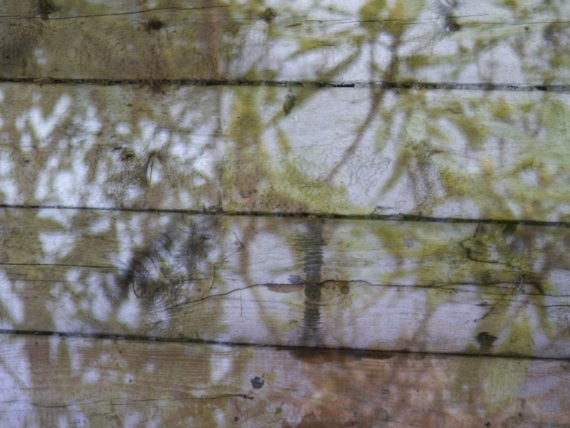 This residency has opened up all sorts of new directions for me. I could have made lots of other films….but this is the one I’ve made and it will have to stand as such. 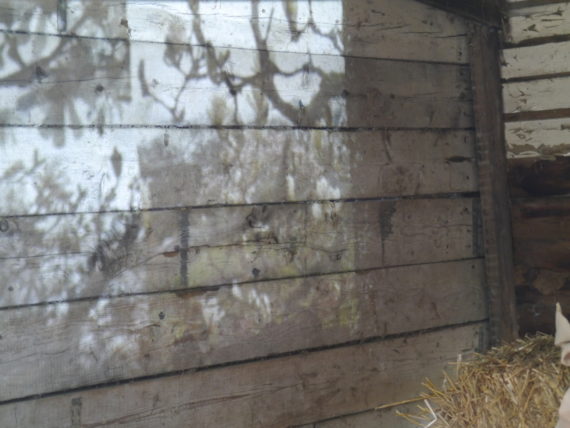