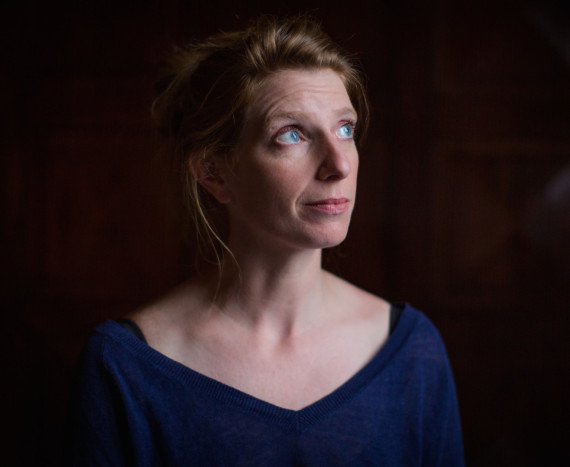 “I’d call myself an advocate of the way that people collect, use, understand and learn from data – it’s data for the good of mankind.”

Artist, technologist and Open Data Institute art associate Julie Freeman turns digital data into audio-visual, animated artworks that are at turns beautiful, beguiling and – at least on the surface – devoid of any functional application.

Freeman’s 2014 piece, We Need Us, is currently showing as a part of two group exhibitions concerned with the digital sphere’s impact on our lives: Right Here, Right Now at The Lowry, Manchester and Big Bang Data at Somerset House, London.

Commissioned by The Space and Open Data Institute, you don’t actually need to visit either gallery to experience We Need Us; it exists online, where it is described as ‘a living artwork, powered by people, and influenced by data.’

Drawing on the real-time data generated by citizen science project, The Zooniverse, the pulses, glitches and rumbles of the work give it a strangely organic feel – it is, after all, human hands and minds that are behind the ever-growing data mountain that is our digital lives. 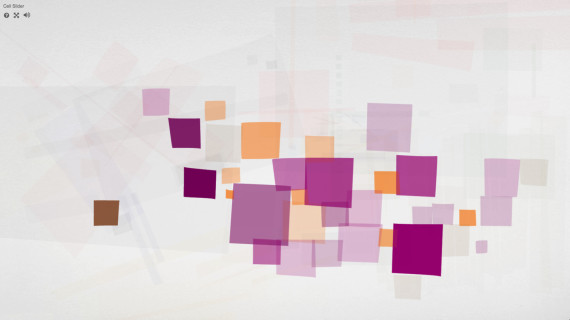 Your piece, We Need Us, is driven by metadata – essentially data about data. What fascinates you about data and how we use it?
Data is what flows between communication protocols machine to machine, and between machines and humans. It’s imperative that we all understand different types of data; that we understand the effect it has on our lives, the effect we have on it, and how it is representing us in the digital terrain. We can do all sorts of things with data and one of the key things that is interesting in society at large is the way that data can be manipulated in many, many ways. In a sense that’s nothing new; there’s always been this idea of statistics being lies, and yet we’re in an age when the zeitgeist is all about this word ‘data’. There is a danger that we misunderstand what it can do, that we give too much power to it. Conversely, there is also a danger that we dismiss it, and fail to grasp the enormity of the impact it can have. I’d say it is one of the most prolific materials we have, and from my perspective it is something essential to explore in my practice.

While data is central to the artworks you make, your art isn’t just about the data itself, is it?
Underlying all my work is the fact that we can translate nature using data in a way that we can’t do with our own sensory abilities; many technologies give us a way to delve further into the world that we couldn’t do otherwise. But the data isn’t the key thing, it’s all about understanding the world in new ways. Data is a means to an end – the mechanism that enables translation from X to Y. And there is a sense that, aside from the discrete values it holds, the measurements it reveals, and the information or knowledge it contains, it’s also fascinating in its own right – data has a personality of its own, it has dynamic, form and presence. In a way it has a life of its own – I think it was George Dyson that described it as a digital organism, an idea that I really like. 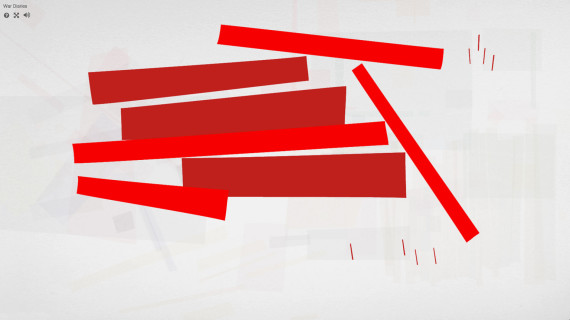 We Need Us uses live, real-time data from citizen science project The Zooniverse to create an animated, audio online artwork. How did it come about?
One of the things I found, that compelled me in the first place, was this idea of mass collaboration; that there are communities out there that will altruistically help others, just out of interest, and because they can. That’s what interested me about The Zooniverse – a model where millions of people are entering data, getting involved in furthering scientific research. They’re not doing it to make money, or gain kudos, they’re doing it because they’re interested and want to contribute. Fundamentally, many of the huge datasets on Zooniverse are there because the scientists want to understand the world better. It’s a noble cause that attracts people.

So We Need Us, as the title suggests, celebrates the possibilities of all this data exchange?
The title of the work is important. Many top-down technologies appear to remove the human from the process but that is rarely true – human’s develop the code, design the hardware, implement the interfaces. The data sets on Zooniverse need human analysis despite the popularity of machine learning algorithms and other artificial intelligence techniques. I wanted to reinforce the idea that we still need the biological alongside the technological. 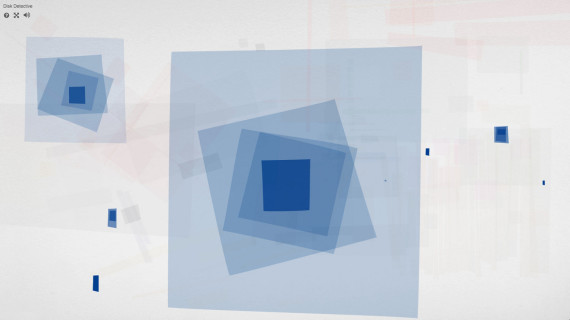 It made me think differently about the internet and its power, the ability we have to choose where to put our energy, and our ability to develop tools to harness human labour. We Need Us prompted a lot of thinking about data and metadata. Our lives and our planet are being measured and logged constantly – I wonder what this means to our well-being, our mental health, our sense of individuality and our sense of community.

We Need Us is a framework that needs dynamic and energy to come to life. This comes directly in real-time from the metadata created by Zooniverse users. The sound and animation is generated by people’s generosity in contributing to these science projects – it’s a kind of celebration!

As well as being an artist, you work with the Open Data Institute. Clearly the idea of ‘open data’ is important to you?
Really, some data is impossible to control – especially data that could and should be open or shared. I hope perspectives on trying to lock data down are changing. Digital Rights Management, paywalls, expiry dates… it’s just not going to be possible to control all the media. And why should we? Outside of economic reasons (hello greed), why would we stop people from accessing knowledge? Why enable only certain people the privilege to information? We need to start thinking in ways that cater for the networked world we now have, rather than using past analogue models to try to manage digital systems – we can think about where we want data to go from the beginning.

The key thing is to make sure that the stuff that we can set free has got a little flag that says, yes, feel free to use me; and also the stuff that is private is marked so that it can be shielded from eyes that shouldn’t see it. Much of this boils down to licensing. But it’s a massive challenge and it’s hard to say that any data can remain truly private because we’ve seen so many breaches via laptops left on trains, via whistleblowers, via a continuous stream of so-called cyber attacks. The way to think about our data future is that where possible and appropriate it needs to be open, so that it remains available and we have a digital history that is accurate and true. Because all the stuff that is locked down and not available to be archived or updated is just going to be lost. History does not favour that which cannot be recalled.

And artists have an important role in that.
Data are sets of measurements, they are a material that enables us to work with time and space in new ways. I’m just trying to make sense of the world and data helps me communicate things that I can’t communicate in any other way.

We Need Us is at Right Here Right Now, The Lowry, Manchester, and Big Bang Data, Somerset House, London, both until 28 February 2016