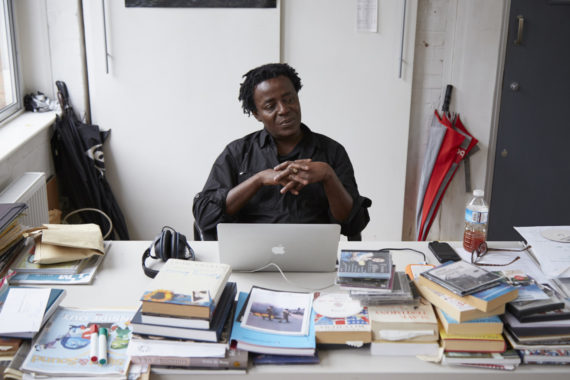 Over 100 artists have expressed their “grave concern about the exclusion of arts and creative subjects from the new English baccalaureate, or EBacc” in a letter published by The Guardian.

The letter, whose signatories include 15 Turner Prize winners including Anish Kapoor, Rachel Whiteread, Jeremy Deller, Lubaina Himid, and Wolfgang Tillmans, calls on Theresa May’s government to “reverse its decision to blindly press ahead with the EBacc, regardless of the consultation responses and in the face of overwhelming evidence against this policy”.

It continues: “If we care about social mobility, wellbeing and economic growth – and if we want our creative industries to continue to flourish – we need to rebalance our education system so that the arts are valued just as much as other subjects.”

The letter states that the secondary school policy introduced in England when Michael Gove was education security is depriving young people of “opportunities for personal development in the fields of self-expression, sociability, imagination and creativity” and putting at risk “one of our largest and most successful global industries at risk, one worth £92bn a year to the UK economy”.

Other artists who have signed the letter include the filmmaker and Artes Mundi Prize 7 winner John Akomfrah, the painter and 2017 Turner Prize nominee Hurvin Anderson, and Ryan Gander, who shares his views on art education and degree shows in this year’s a-n Degree Shows Guide.

Speaking to The Guardian, Jeremy Deller said the Ebacc was “a huge mistake”, adding that creative thinking would “get Britain through a lot of the challenges of the next 10-20 years and that’s exactly what the arts do, they free up the mind”.

The Ebacc performance measure for secondary schools in England makes the sciences, English language and literature, maths, a language and geography or history compulsory. Critics of the Ebacc argue that it has pushed subjects such as art, music and drama to the periphery as schools concentrate on these core subjects.

Analysis by Arts Professional published earlier this year claimed that over 100,000 children a year will lose the opportunity to study the arts if the EBacc becomes compulsory.

Others in the arts have also been highly critical of the policy, with the former director of the National Theatre Nicholas Hytner stating last year that it was “one of the biggest disasters of the past seven years”.