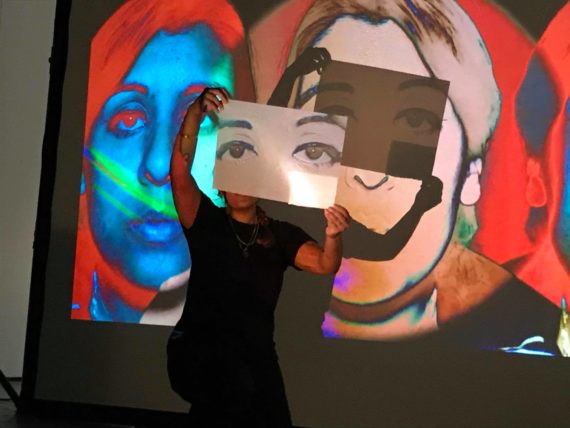 Mani Kambo is an artist using film, projection and performance.

Based in Newcastle-upon-Tyne where she grew up surrounded by Sikh tradition and ritual, her installations and screenings of projected works explore totemic objects, mythology and symbolic action.

More recently the process of cyanotype has taken on an alchemic role, in making prints of symbols that appear in her moving-image works.

Kambo is currently undergoing a period of mentoring with artist and curator Rosalind Davies, funded by a-n’s Mentoring Bursaries 2018. She started an a-n blog about the developmental process, which sees her pivot on recent work in order to think about future projects.

This month, Kambo is the featured a-n member on our Instagram feed. 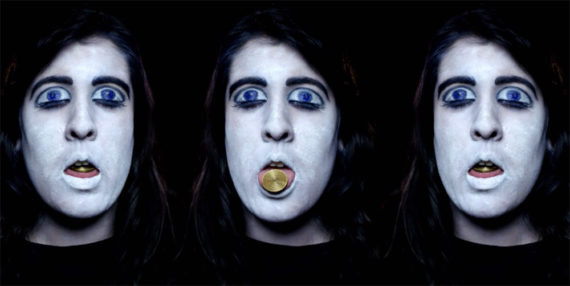 In your work you explore mythology, the symbolic and totemic. What drives you to work with these subjects and how is the personal and autobiographical weaved into the result?
I’ve had quite a ritual-based upbringing. During my childhood, my mother would do small rituals and prayers as a way to protect me and help me prosper in life. These hold their own symbolic power to me; during my upbringing I would do certain rituals, such as putting a black dot behind the left ear to protect myself from negative energies. I take inspiration from them, using some of the actions involved as symbols in my work such as hands, water, eyes and fire.

The work I make is drawn from my interest to investigate the self (myself). I’ve recently become more interested in my family’s history and found links between some of my recent work and my family’s history of tailoring, dyeing and print clothing. Only recently have I started to see connections between my practice and my upbringing as well as family traditions.

You initially presented your work on TVs before progressing to projection. What prompted this move?
As my work expanded projection seemed to feel right. I started using better filming equipment and began editing in HD, the quality of which was lost on a small fuzzy screen. The constraints of using a box TV meant I had to consider DVD player placement, making the work feel heavier and rooted rather than the ephemeral feel that projection has. I like the idea of being absorbed into a projection, and the reflection of light on surrounding walls fits well with the dreamlike visuals I create.

What do you expect to gain from the mentoring bursary?
I’m hoping to gain insight into my practice and find new ways of sustaining it, while also having an external critical eye of an established artist give their opinion and thoughts, as an outsider. I’m working with Rosalind Davis and since my first session I have begun a dialogue with her that has made an impact and changed the way I think about my practice. I’ve started to look at my work more objectively, stripping it back to the core to better understand what I’m trying to say. 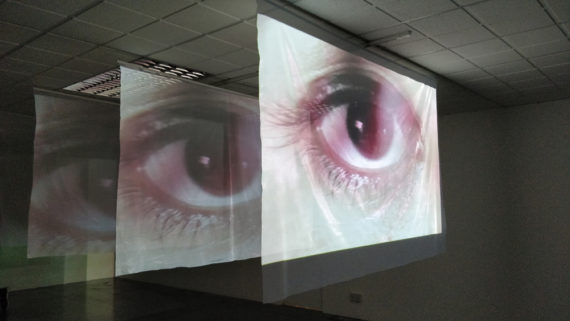 What does working in Newcastle bring to your practice?
Newcastle is a small city but the arts community is growing and has expanded greatly over the last few years. Being part of this community means you see similar faces at different events and previews, so connecting with artists and organisations can be a little easier. I grew up in the city and I’m close to my family and their traditions. Being close to them is important as it feeds into my practice.

How have you engaged with both exhibition making and taking part in film screenings? Many artists using moving image straddle the two – do they bring different aspects or modes to how you want your work to be encountered?
I find both quite different and sometimes difficult to fit together. When exhibiting my film pieces they tend to be as an installation, taking into consideration the viewer and how they move around and engage with the film in that space. In screenings the piece tends to be static and shown on a singular screen –  the focus is more toward on-screen visuals, meaning the viewers’ focus shifts towards the editing of the work and narrative. Viewers look more at the film itself rather than the film within the space.

I have been looking into filmmaking again recently, approaching it in a more traditional style focusing purely on the idea, narrative and visuals rather than creating material for an installation. 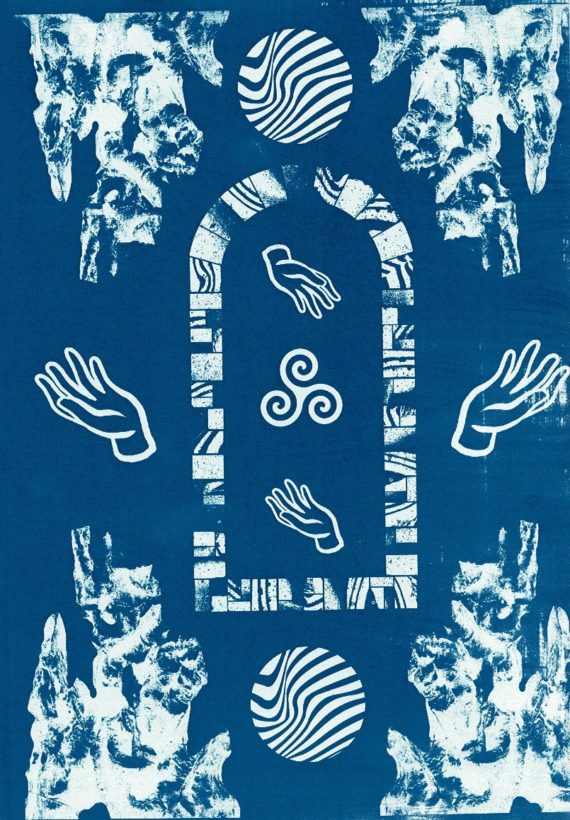 Your work has recently developed into cyanotype printing. What is behind this transition?
With the use of symbols within my work, I felt it would be interesting to see how they translate into print. The alchemic quality of a cyanotype being created through exposure to light and the use of chemicals also interests me. The idea of the image being revealed by washing it through water also links back to ideas of water being a cleanser, and pure source. You can use the cyanotype solution on a variety of materials and the outcome can vary depending on timing. There is an experimental element to the process, which is something I enjoy.

What do you have on the horizon in terms of your practice?
I have recently had a couple of solo shows and I’m now looking to take a bit of time to reflect upon the work I have made, and how best to go forwards. In receiving the mentoring bursary this will give me a chance to form a plan for the next couple of years.

I’ll be looking further into performance and refining my filmmaking practice. I’m working on an idea for a short film piece at the moment and will be experimenting further with fabrics and printing methods and just enjoying working without the pressure of a deadline for an exhibition, giving me more freedom for trial and error.